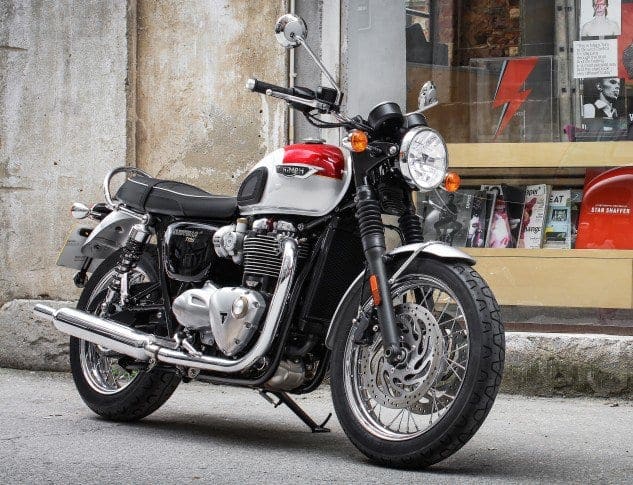 Triumph America and Triumph UK will be recalling the 2016 Street Twin and Bonneville T120 because if a fear that fuel might leak into the electrical system, creating a fire risk.

Reports from the USA this morning say that the USA’s National Highway Traffic Safety Administration has so far only recalled the Street Twin at the moment but documentation seen is also stating that the T120 is about to join the call back to base for the same issue.

And now a notification from the DVSA here in the UK has highlighted that some British bikes are also affected.

According to the report, the subharness supplying power to the fuel pump may get damaged, breaching the wire installation and exposing bare wire. Fuel could travel down the exposed wiring toward the main harness connector where an electrical short could ignite the mix.

Apparently, Triumph found the problem on January 19 this year during testing of a development model. An investigation found that the damage may have been caused by plastic moulding flash from a manufacturing tool. There was a meeting in late January between Triumph and the subharness supplier and from February to early March Triumph and the supplier worked to identify which batches of bikes were affected with the recall process starting on March 14 Stateside.

According to details from the UK Driver and Vehicle standard Agency 48 motorcycles are affected in the UK. Expect Triumph to be making an official announcement about this soon.