Rossi CONFIRMS Lorenzo Ducati deal is DONE: ‘He had the balls… he will do well…’

Rossi CONFIRMS Lorenzo Ducati deal is DONE: ‘He had the balls… he will do well…’ 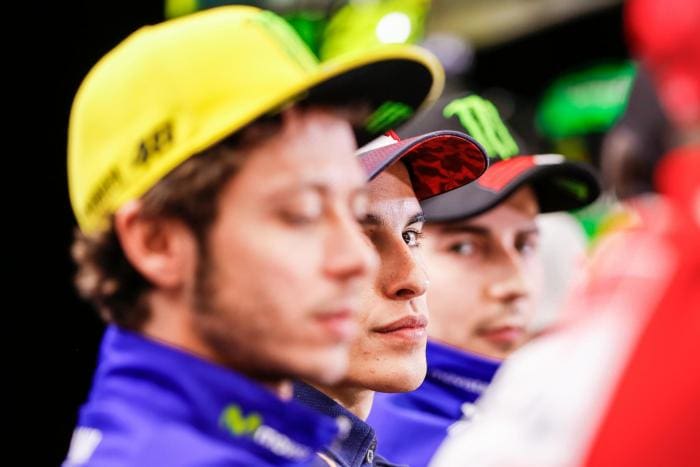 Valentino Rossi has CONFIRMED that Jorge Lorenzo had done the deal with Ducati to ride in MotoGP – even though there’s been no statement yet from either Lorenzo or Ducati itself. That’s the dynamite claim that’s appeared this morning.

A quote has appeared in the Italian press today, in the article for Motociclismo journalist Nicolas Patrini directly quotes Rossi over the much-rumoured deal detween his Yamaha team-mate Lorenzo and the red-bike brigade.

Here’s what Rossi is quoting as saying to Patrini yesterday – and it’s pretty explosive stuff – this quote follows on from what we told you exclusively last week when Giacomo Agostini confirmed that Audi had made Lorenzo a ‘super offer’ to ride on the Ducati.

Rossi says: “Yes. I confirm the rumours about Lorenzo and Ducati even if there is nothing official.

“He had the balls to move. He will do well.

“Jorge is a great rider and definitely will get good results. The red bike today is a bike which has become competitive.”

We’re expecting an official announcement from Ducati later today (Friday) and once that’s happened then Maverick Vinales is likely to be revealed as the new Yamaha rider alongside Rossi for 2017 and 2018.