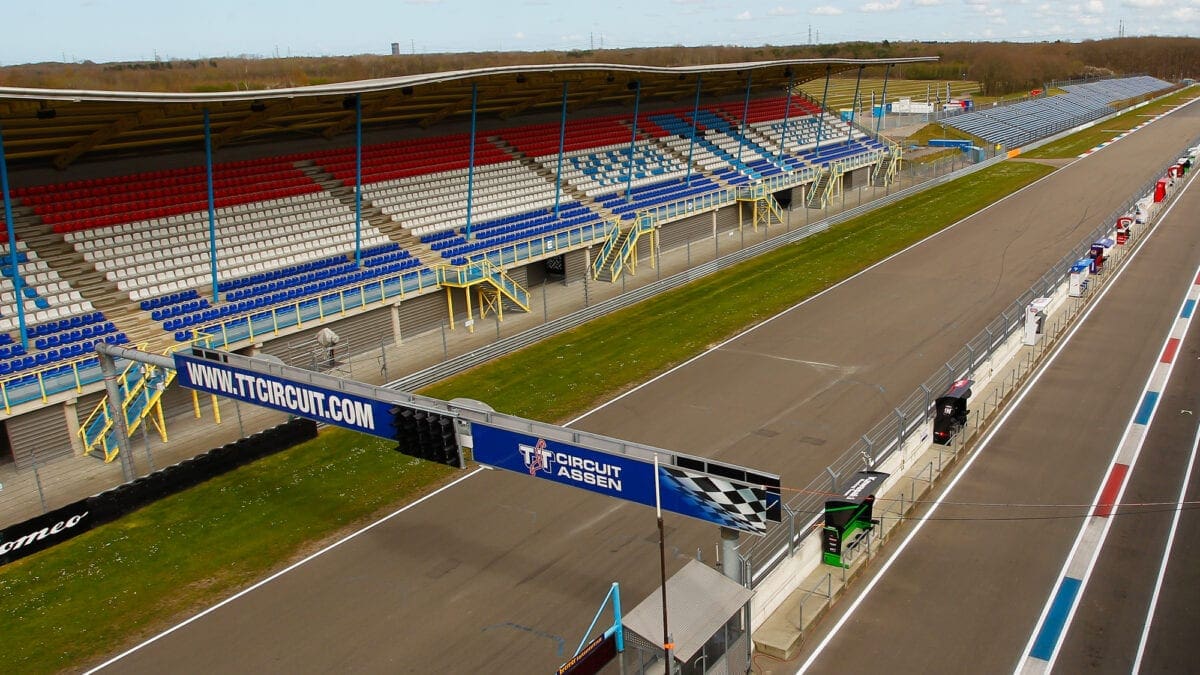 During the WorldSBK event this weekend at the TT Circuit Assen, the excitement extends past the on-track activities. With the Open Paddock and Paddock Show, pit walks, meet and greet sessions and a whole host of other extras to honour the 25th Anniversary of WorldSBK racing at Assen, the weekend is sure to be action packed.

Open Paddock 25th Anniversary Special: to celebrate 25 years at the circuit, spectators with ANY TICKET can access the paddock in Assen, getting closer to the action than ever to make sure that WorldSBK retains its crown as the most accessible two-wheeled sport in the world.

Paddock Show: with its own arena, the Paddock Show hosts autograph and meet and greet sessions, Q&As, bike displays, and much more. In 2016 there is also live commentary provided by the Paddock Show host. During the Prosecco DOC Dutch Round, the host will also be joined by guest commentators for some sessions, including WorldSSP Championship leader Randy Krummenacher and Grand Prix winner and Milwaukee BMW rider Karel Abraham.

WorldSBK hits Amsterdam city with a pre-event on Wednesday, with Michael van der Mark, Jonathan Rea, Alex Lowes, Josh Brookes, Lorenzo Savadori and local riders Rob Hartog and Nigel Walraven representing WorldSBK on a visit to Iamsterdam in the city centre from 13:15 to 14:00.

At 15:00, fans are then invited to De Telegraaf Headquarters for a Q&A with the riders, followed by an autograph session.

FRIDAY:
The first practice sessions for WorldSBK, WorldSSP, STK1000 and the EJC get underway on Friday, with those for World Superbike and World Supersport both determining entry into their respective Superpole 2 sessions the following day. There will also be a special Dutch Riders Chat Show at the Paddock Show at 12:30 on Friday featuring local riders, followed by a Meet and Greet Q&A with riders from the EJC at 12:45pm.

The Paddock Show will then play host to the Top 3 fastest riders in both classes and local rider Michael van der Mark, on Friday at 16:30 (GMT+2).

SATURDAY:
WorldSBK kicks off Saturday’s activities, with Free Practice 3 beginning at 8:45am, ahead of Tissot-Superpole 1 beginning at 10:30.

As 2016 proves the 25th Anniversary of WorldSBK in Assen, some lucky fans will be given access to the Starting Grid, and to Parc Fermé and the podium celebrations for the first WorldSBK Race of the weekend. Some will even be able to watch the Race from the Pit Wall.

Later in the day at 15:45, the Paddock Show hosts a WorldSSP riders Meet and Greet with Krummenacher, Sofuoglu, Cluzel and many more all set to appear, before the top 3 riders from Race 1 in WorldSBK take to the stage.

At 16:15, those top three, the Pirelli Best Lap winner, Tissot-Superpole winner and Michael van der Mark will all go to the Paddock Show arena for the WorldSBK Race and Superpole show.

SUNDAY:
After the warm up sessions on Sunday morning, two fantastic fan events begin at 10:15. One is a 45-minute pit walk through the pit lane, whilst simultaneously the Paddock Show is set to stage the first WorldSBK Rider Meet and Greet Session of the day. Sykes, Camier, Hook, Brookes, Sebestyen, Al Sulaiti and Forés will all be there to meet fans, before at 10:45 the second session sees Davies, Van Der Mark, Reiterberger, Savadori, Ramos, Guintoli and Baiocco take over for another star-studded show.

As on Saturday, to celebrate the 25th year of WorldSBK at the TT Circuit Assen, some lucky fans will be given access to the Starting Grid, and to Parc Fermé and the podium celebrations for the second WorldSBK Race. Some will also get the opportunity to watch Race 2 from the Pit Wall.

At 15:00, the WorldSSP Race Show takes over at the Paddock Show Arena, with the top 3 riders from the race, the top FIM Europe Supersport Cup rider, the Pirelli Best Lap rider and the best Dutch rider of the day all taking part, before the WorldSBK riders get back on stage at 15:30.

The top 3 riders from WorldSBK Race 2, plus the Pirelli Best Lap rider and local hero Michael van der Mark will all then be back on stage once again for their final Paddock Show appearance of the 2016 Prosecco DOC Dutch Round.

There are many more events and appearances happening throughout the race meeting, making sure there is always action both on and off track. With tickets ranging from just 16 Euros for Friday to only 60 Euros for the entire three-day event, make sure you’re there to watch the 25thAnniversary of WorldSBK racing at the TT Circuit Assen.