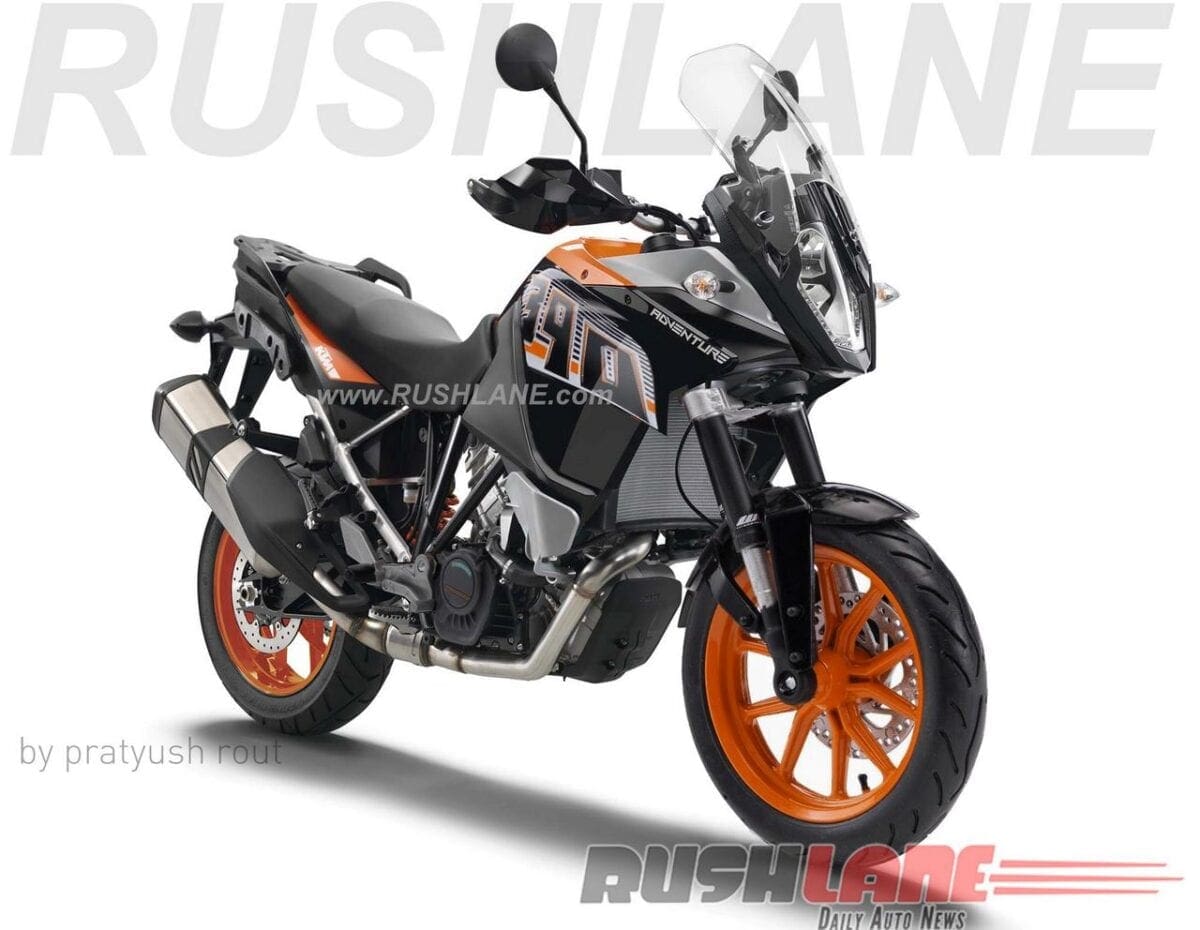 This is a pretty nice computer mock-up of a future bike – it’s the small Adventure from KTM, based around this firm’s 390.

Made for the Indian outlet Rushlane based on rumours that they’ve heard, the image pretty much takes the workings of the 390 and slaps them into a smaller 1190/1050 KTM dress.

This bike was absolutely knocked on the head by KTM when the first RC390 came out but since then we’ve brought you pictures of the new small Duke being developed, and in those pictures you can see the new subframe. For this second generation of KTM the strengethend back of the bike has really sparked rumours that the mini-Adventure is going to be a real future model from the Austrians.

The bike is expected to use the same 373.2cc single-cylinder, liquid-cooled motor but with new gear ratios to make everything a bit more easy-going for mile-eating.

Nice though, isn’t it?