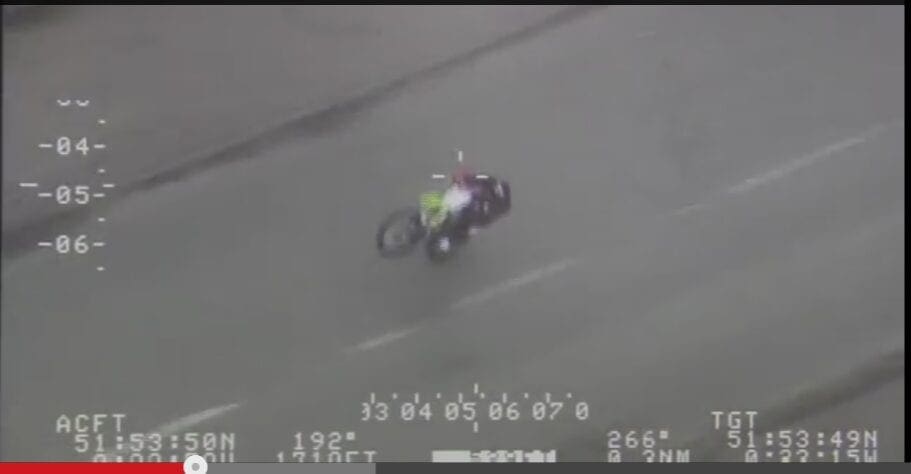 Here’s the police footage that nabbed a stupid rider and he ended up with eight MONTHS in jail as a result.

The helmetless rider was filmed by a police helicopter riding the wrong way around roundabouts and pulling wheelies on the roads in Luton.

Akeem Foster 24, of Teesdale, Luton was sentenced at Crown Court after being found guilty of dangerous driving.

Looks like a right plum to us – and after being so reckless we wouldn’t have been surprised if he’d been given eight years inside (but that would be pretty much unthinkable for this sort of thing with nobody hurt as a result).