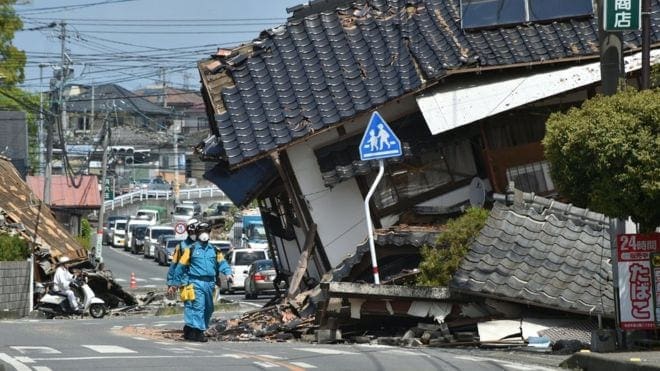 Honda Motor Co. and Toyota were among companies that suspended operations on Friday after a powerful earthquake struck Kyushu, damaging factories and supply chains.

Flights and trains were also disrupted after the 6.5 quake, which struck at around 9:26pm on Thursday. Another quake hit the area on Saturday also. 41 people are known to have died in the tremors as buildings collapsed and road were torn apart. Hundreds are still missing in the area as search teams scour the rubble looking for survivors.

“It will take time to resume operations,” said a Honda official.