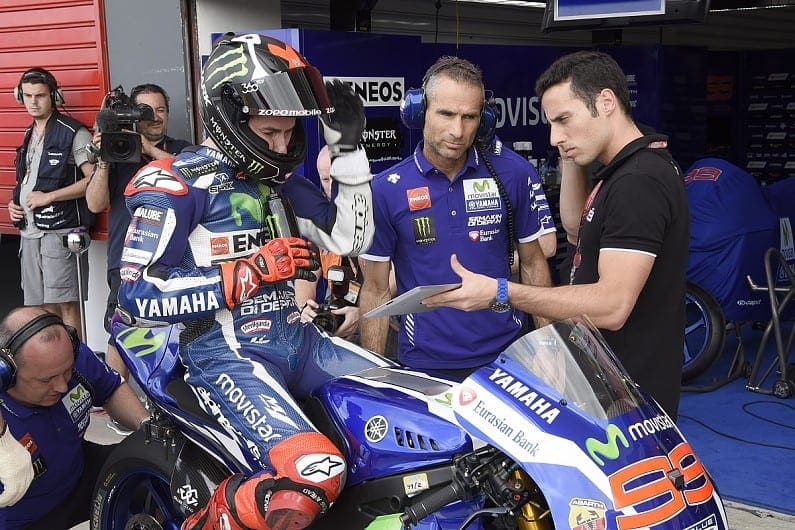 Yamaha did not make Jorge Lorenzo “feel good”, reckons Ducati MotoGP team manager Gigi Dall’Igna. In a report published by the excellent Autosport – translated from an original article in Italian newspaper Gazzetta dello Sport, Dall’Igna is pretty scathing about Yamaha and how it treated the Majorcan.

Suggested to Dall’Igna by Italian newspaper Gazzetta dello Sport that Lorenzo appeared “a fish out of water” at Yamaha, he replied: “There have been many events that did not make him feel good, despite many victories.

“That leaves a mark on you.”

Dall’Igna, whose relationship with Lorenzo dates back to when he arrived in the 125cc championship to race a Derbi in 2002, said the “harmony and respect” between them helped rapidly sort his Ducati deal.

“Honestly, with Jorge everything has been clear from the beginning,” he said: “Talks haven’t been complicated, there were details and considerations to ponder upon, but finding a common line was easy.”

With the deal done for Lorenzo the Ducati MotoGP team must now pick between which rider out of Andrea Dovizioso and Andrea Iannone will stay.

Dall’Igna says that there will be a decision immediately before or after the Catalunya Grand Prix at Barcelona which runs from June 3 – 5. He added: “I have a fine relationship with both and with their teams, it’s not an easy choice,” he said: “We’ll begin talks, I know what they have done at Ducati and I give things the right consideration.

“I’ve always said I don’t want excuses. I don’t want to think that I don’t have the riders, because at the moment I have two that in my opinion are really good, potential champions. But it’s true that Iannone has never won the title, while Dovizioso did in 125cc but never again. I want a rider that has been MotoGP world champion in order to take away from me and Ducati any excuses.”

Dall’Igna, who joined Ducati in 2013, said that Rossi’s view on  the Ducati team – which largely come from the troubled seasons he had with the team when he rode forthem in 2011 and 2012 were not accurate: “I respect Valentino’s reasoning, but now conditions are different from his times,” he argued: “We are technically stronger and organised, we have what’s needed to aim high.”