Here are spy pictures of the Husqvarna Vitpilen cafe racer for the road as it’s put through its first set of road tests abroad.

The bike is heavily drab with black bodywork and a temporary exhaust and silencer – the wheels are a far cry from the spoked versions (or the fatter-spoked mag arm wheels) that are likely to appear on the finished version and look the same as those used on the KTM Duke. At the moment it’s a far cry from the finished concept-made-real bike that Husqvarna has promised, but that’s usually the case this early on in the testing program. As the bike progresses further towards release later this year it will lose more of the donor parts of the KTM and be styled into something much closer to this concept: 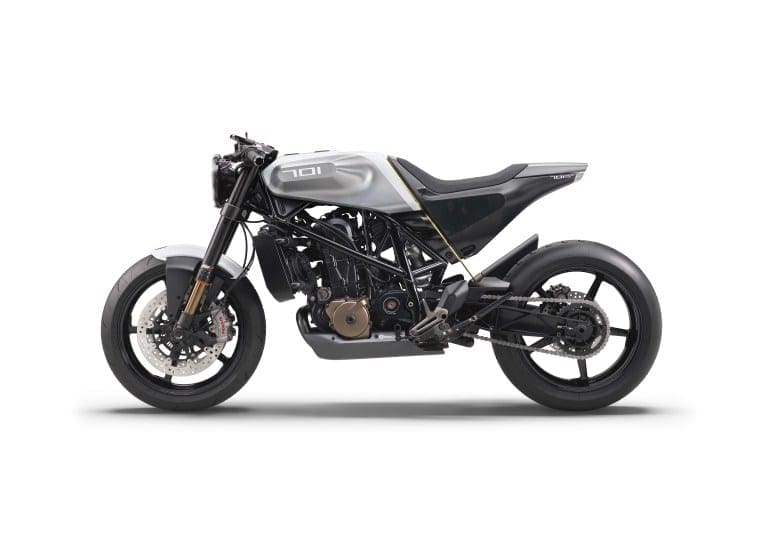 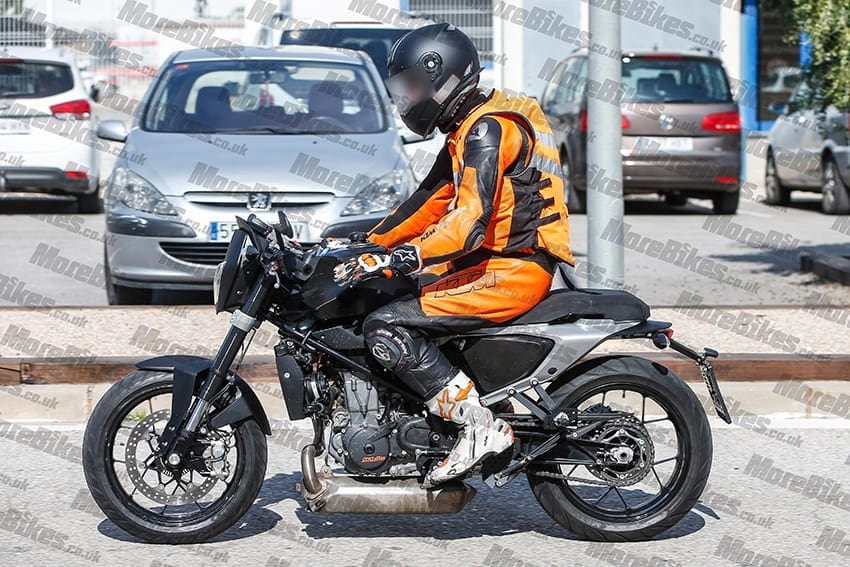 MoreBikes’ spy snapper caught the bike during these early chassis and endurance tests on the road. The tank and seat unit look fairly finished but the rest of the bike is very much a working mule with most components being shared with the donor bike. 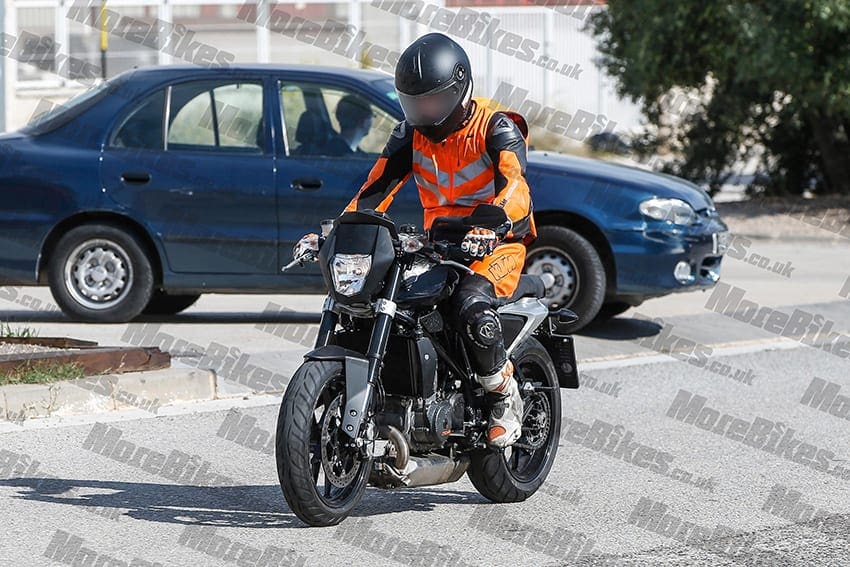 As we know from the exclusive story around the Vitpilen and it’s stablemate the Svartpilen concept bikes that we brought you last year, both KTM-390-based bikes will be part of Husqvarna’s line-up for 2017 along with a 125cc version along the same styling lines. 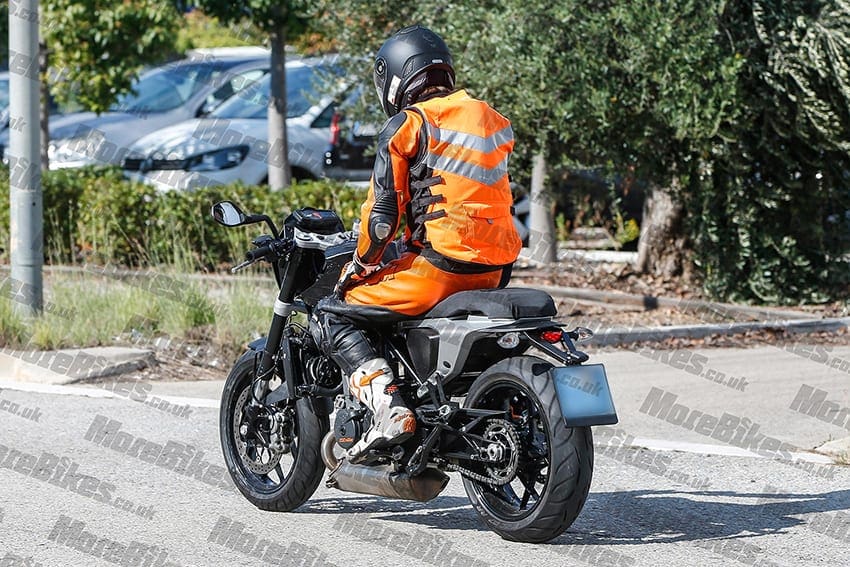 Suspension is apparently WP units front and rear. The bike pictures is using the single-cylinder, dohc motor that kicks out 46bhp. 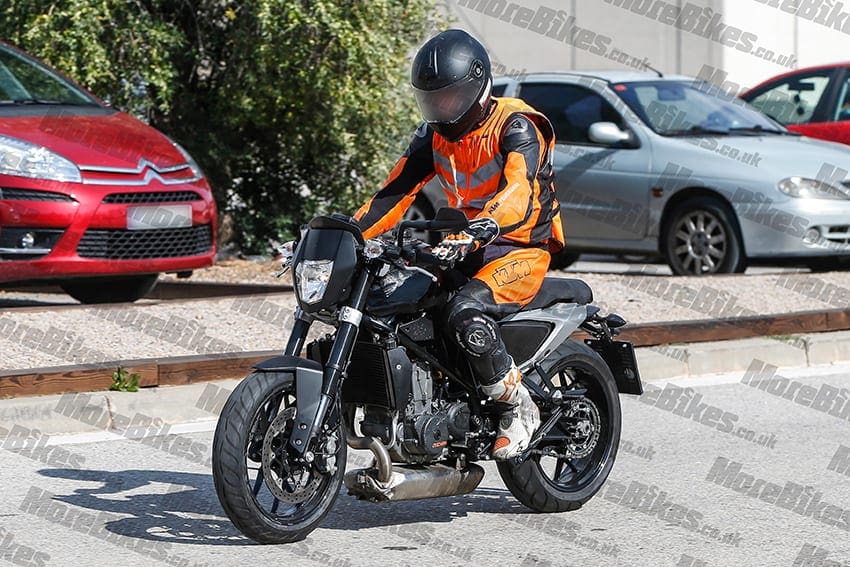