Lorenzo: “We could have won the race! Michelin has to find out what is going on.” 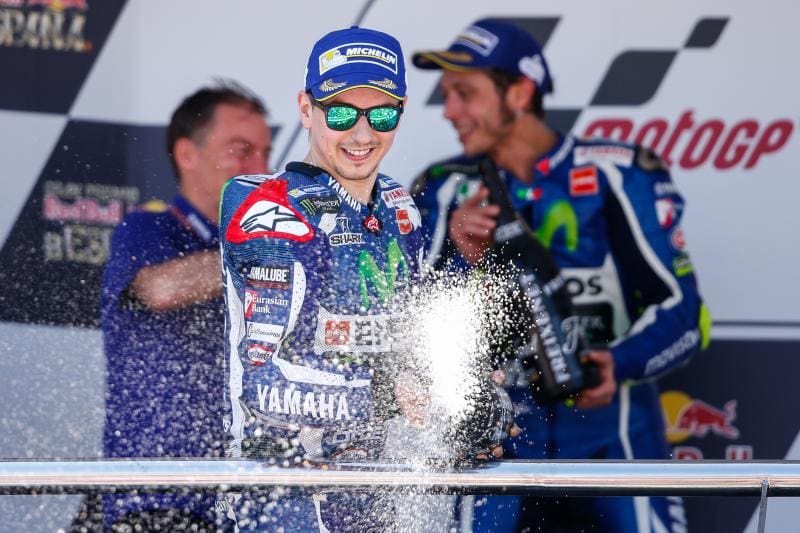 Jorge Lorenzo suffered a rear tyre spinning badly enough to rob him of a win at Jerez and has now said that Michelin needs to find out what the issue with the rubber was.

As the MotoGP World Championship lined up for the start of the Gran Premio Red Bull de España, eyes were on Jorge Lorenzo to see if he could make one of his trademark starts and run away.

His start was solid but saw him slot into second through the first corner behind Valentino Rossi. The two Movistar Yamaha MotoGP riders were locked together, Lorenzo attacking Rossi and briefly getting ahead but the Italian responded almost immediately and broke away. Lorenzo subsequently tucked in and attempted to close the gap, a battle for victory looking a real possibility as Lorenzo closed in by several tenths a lap. This was until Lorenzo’s suffered rear wheel spin down the straight, causing him to roll off the throttle down the straights.

With second place at his home race, Lorenzo becomes just the third rider in history to achieve 100 premier class podium finishes. Only Valentino Rossi and Dani Pedrosa (Repsol Honda Team) sit above him in the all time premier class podium finishes records. Second also awarded Lorenzo 20 championship points, closing the gap to the championship lead by four. Lorenzo’s 65 points also put him seven ahead of teammate Rossi in the championship table. After his DNF in Argentina, scoring points was Lorenzo’s primary objective in Jerez as it was in Austin.

Monday will see the MotoGP World Championship back out on track again for a one day test, Lorenzo and his crew ready to get to work and attack immediately in Le Mans.

Lorenzo said: “The positive thing is that the Yamahas went better and also 20 points and second place is good for the championship. Because Rossi crashed in Austin, he is still behind in the championship standings and we made up some points to Marquez.

“The only thing is that we could have won the race without the problem on the front-straight. Going through the gears the bike didn’t stop spinning and I couldn’t fully open the throttle.

“Just when I started recovering metres on Rossi this problem started, so I had to slow down a lot and I didn’t have the chance to fight with him for the victory, but sometimes this happens. Now Michelin have to find out what is going on. They improved the front tyre and now I am sure they’ll work on the rear to solve these kinds of issues.”