Spied: Rossi’s next phase of MotoGP bike development spotted in Jerez. And Lorenzo hasn’t got this on his bike! 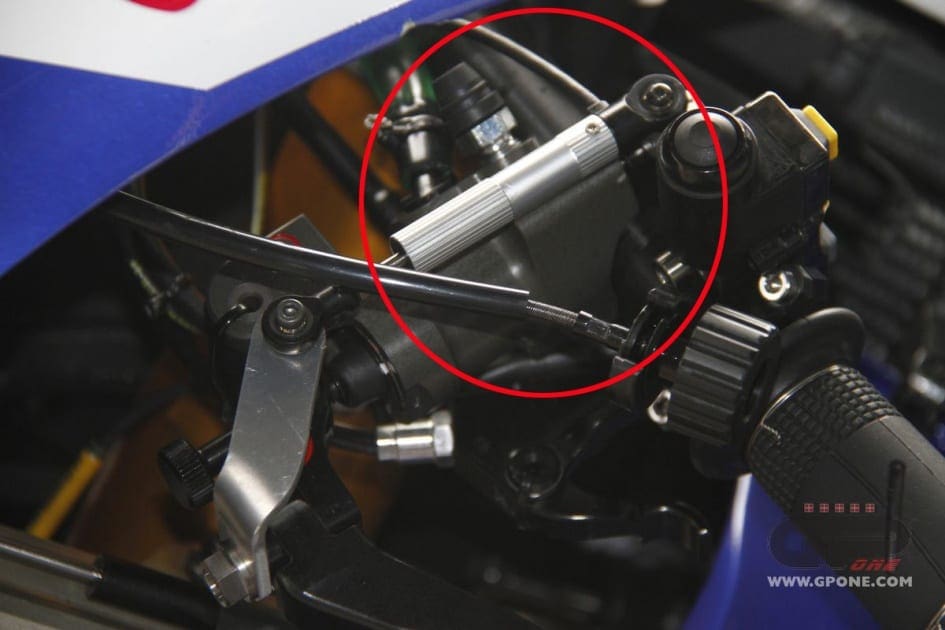 A keen-eyed snapper for website GPOne.com caught this new bit of kit on Valentino Rossi’s factory Yamaha at Jerez. It’s a sensor that’s been fitted to the clutch on the nine-times world champion’s bike.

The arm, and data-logging equipment that goes with it, was only fitted to Rossi’s bike and wasn’t seen on Lorenzo’s machine. Given that Lorenzo has announced that he is moving to Ducati next year there’s a (slim) chance that  any development around Jorge has now stopped – although in racing terms this doesn’t make much sense because Yamaha still wants both its riders right now to be contesting the title – if that actually is the case then this is an indicator of the next wave of bike development with Yamaha because it’s only appeared on Rossi’s bike. And Rossi is staying put with Yamaha.

So let’s assume that this something for the development of the bike. If there’s something unique to Rossi’s clutch operation then what could the purpose of watching how Valentino works a clutch actually be? Rossi does come from the era of two-strokes and no rider aids like launch control so through the sheer factor of needing to be able to get a 500cc off the line (and then play the clutch like a fine instrument throughout the race) he does have given him extraordinary clutch control.

But what exactly could Yamaha actually learn with this data about Rossi’s clutch style? Is this in fact the first steps in negating the use of a clutch altogether in MotoGP? Is this a data-gathering exercise so that the next-generation of systems can have Rossi’s clutch ability electronically replicated for the upcoming ranks of riders about to enter the premier class?