World Superbikes at Imola – the riders with form (and those you can expect do well). 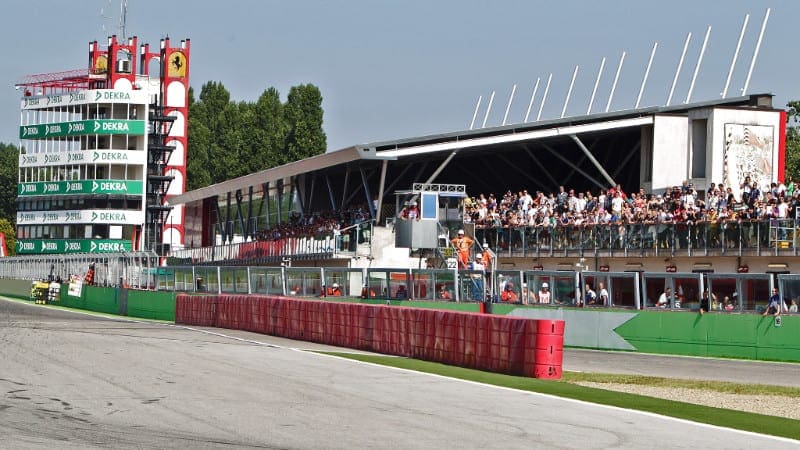 Jonathan Rea is the most successful rider at Imola, alongside Carlos Checa, and arrives in Emilia-Romagna as a fan of the track and the winner of the last four races held at the circuit. As the only rider in 2016 to have been on the podium in every race, the reigning Champion comes from a double win at Assen to take on the track on which he first won in 2011, before he was the benchmark. No one would bet against a strong Rea, least of all the men who are trying to figure out how to beat him.

Tom Sykes shares the record for most podiums at Imola with Noriyuki Haga, however. On a track that separates those who dare from those who fear, Sykes is a consistently frontrunning challenger at the Italian track and is the only rider to have started from pole more than once: three times. With good form in 2016, the number 66 Kawasaki is sure to put up a fight.

The Ducati factory in Borgo Panigale is the closest to Imola, and the Italian manufacturer from just outside Bologna will want to put on a good show so close to home, and on the 90th Anniversary of the marque. Chaz Davies pulled out a bigger gap in his battle with Tom Sykes to take P2 in the Championship standings after the Yorkshireman failed to score in Race 1 at Assen, and Davies professes to be happy with the bike and with the base setup the Italian squad have found. The bike is certainly closing in on being a favourite for race wins every Round and updates such as the new exhaust rolled out at the start of the European season have proved successful. After not finishing either race in 2015 however, Davies will want to turn back the clock a year further to when he was on the podium twice as he tries to gain some momentum in his title bid. Last season, Imola also saw the return of second Aruba.it rider Davide Giugliano, as the Italian came back from a difficult period of injury following a crash in pre-season. The Ducati rider came back in style, too, and started from pole despite still struggling with fitness. With home motivation for both Davies and Giugliano, they will equally be strong competitors.

After the double podium joy for Honda at the TT Circuit Assen, where Nicky Hayden took his first podium in WorldSBK, the strong line up of the 2006 MotoGP World Champion and the 2014 WorldSSP Champion face down a different challenge in Imola. Hayden, a veteran of Assen, has never raced at the Autodromo Internazionale Enzo e Dino Ferrari and van der Mark, now a consistent podium challenger, had a difficult rookie weekend at the track last season. The Honda, however, took pole, fastest laps and the double win in 2014, and development has seen the bike keep improving. There is no doubt that both riders are also keen to keep improving and learning, with their sights set further than only getting on the podium.

Aprilia and MV Agusta both scored their best results of the season so far last time out at Assen, with rookie Lorenzo Savadori taking a career best P4 in Race 2 for the Noale factory, 24 hours after Leon Camier brought the MV Agusta 1000 F4 home in the same position in Race 1. Aprilia lost out on the skills of Alex de Angelis at the Dutch track too, as the San Marinese rider suffered an injury to his hand but is hoping to be back at his closest track to home. Imola will see both Aprilia and MV Agusta put everything into some more big hauls of points.

Yamaha, with the new YZF R1, will be keen to find out where they lie in the shuffled pack at the Italian track. With Lowes and Guintoli well knowing how to score points at Imola, the race will be on to keep the Japanese factory’s roll of front row starts going. Milwaukee BMW, with Josh Brookes having appeared at the track once paired with Imola novice Karel Abraham, will want to quickly unlock the potential of their S1000RR around the 4.936km circ