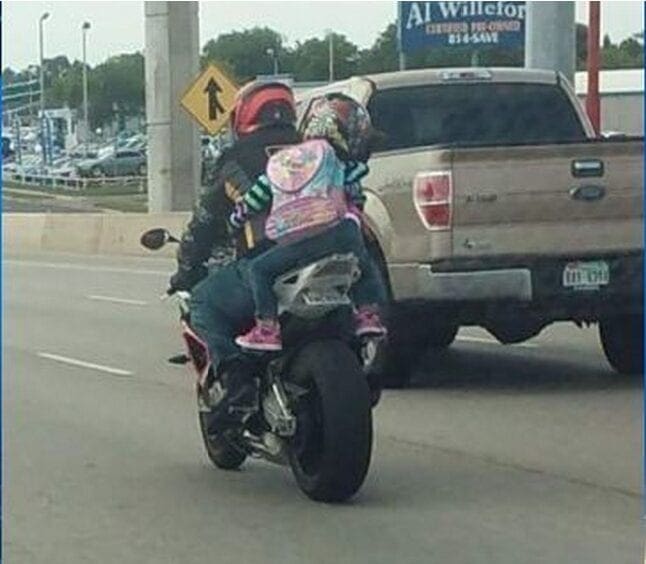 A Texas mother is defending herself after a photo of her 7-year-old daughter sparked outrage on social media.

Mallory Torres, the mother of the 7-year-old, had her boyfriend, John Hays II, pick her daughter up from school on his motorcycle. A driver snapped a photo of them on the bike and was later posted on a Corpus Christi bike Facebook page. While many of the comments on the post were negative, with people saying that the girl was in danger, others supported Torres and Hays.

“I absolutely did nothing reckless. People that have a problem with it, I kinda wanted them to understand a little bit that not everybody parents the same way. You put your kids in sports, that’s fine. My kids have the options to be in sports, but one of them chooses to be on a motorcycle,” Torres said.

What do you think to this story? Whatever the mother says that child is definitely not wearing ‘full gear’ is she? Let us know your thoughts below.