WSB Imola: The ‘experts’ crib sheet here for you

Some numbers and stats ahead of the Motul Italian Round in Imola this weekend. 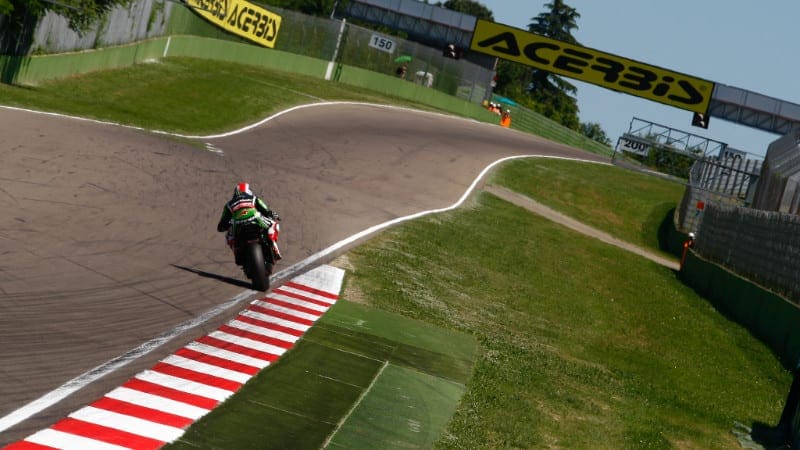 If you watch the World Superbike races this Sunday then you’re going to need some stat-loving going on. Usually this is the sort of stuff relied on for various outlets that cover the races live, but we’ve decided to show you these interesting facts and figures which make for very interesting reading:

204 – Tom Sykes is the only rider who has managed to score more than 200 points at this track. Noriyuki Haga, next up in this ranking, stopped at 199.

94 – If Jonathan Rea leads for more than 6 laps during the upcoming weekend, he will be the first rider to have led more than 100 laps at the Italian track.

11 – So far, Imola has seen eleven different pole sitters out of 13 race weekends. The only one who has scored more than one pole is Tom Sykes, who has three.

7 – Tom Sykes can be the first rider to gain an eighth podium placement at Imola. His tally of seven rostrums is matched only by Noriyuki Haga.

5 – Is the highest number of wins at Imola, shared by Carlos Checa and Jonathan Rea.

5 – Only two riders in history have been able to start from the front row 5 times at Imola: the current Kawasaki duo of Jonathan Rea and Tom Sykes.

4 – Four times, the pole here has been decided by less than one tenth of a second: the last time was last year, when Davide Giugliano and Tom Sykes were separated by 0.084 seconds.

1 – Jonathan Rea is the only rider to have been able to score four consecutive wins at Imola, with a double in the last two editions. He was also able to break Carlos Checa’s dominance in the 2010-2012 period, winning Race 1, 2011: all the other five races in those years went to the Spaniard.

0.021 seconds – This is the smallest margin for a win in Imola: it was recorded in the 2nd 2001 Race, between Regis Laconi – his maiden win and podium appearance- and Ruben Xaus. Xaus took revenge two years later, winning over Laconi with the largest margin ever recorded at Imola: 12.038 seconds (Race 2).

A Circuit for Doubles: 8/13 in Imola
Imola has been a circuit that has seemingly favoured doubles: no less than eight times out of thirteen, the winner has been the same in both races. The first was Colin Edwards, back in 2002, in one of the most epic season finales in history. Ruben Xaus and Regis Laconi followed in 2002 and 2003, then in more recent years there have been four doubles in the last four visits here: Carlos Checa (2012), Tom Sykes (2013) and Jonathan Rea (2014-2015).