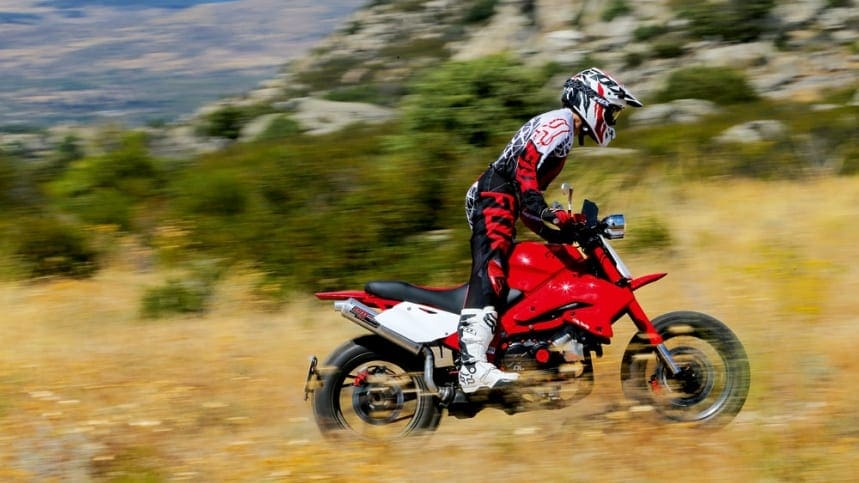 What do you reckon to this Honda VFR 750 made into an Adventure bike?

The project has been built by Chilly Racing’s Carlos Avendaño – a rider who has competed in motorcross, enduro and rally raids including two Dakar races on a bike and three in a truck. 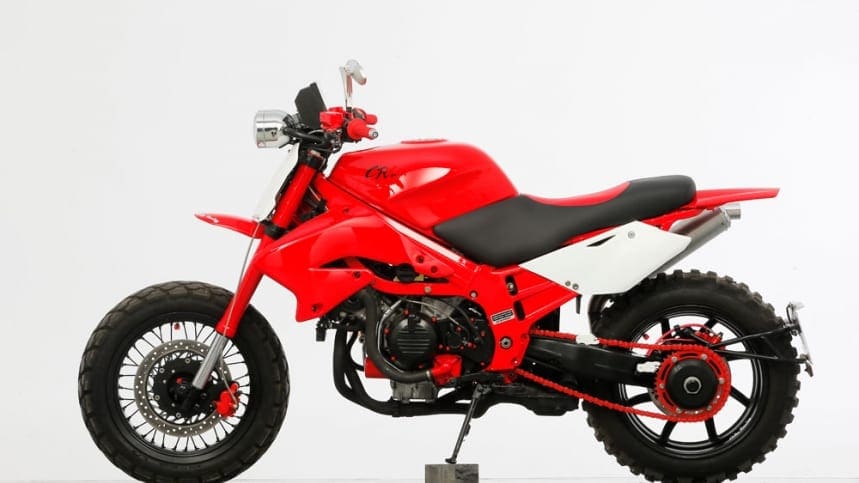 Avendaño has built two specials before based on a BMW GS and Honda Dominator – but this is the first time he’s taken something so sport-tourer oriented and turned it in to an off-roader.

The base bike is a 1991 VFR 750 which was crashed damaged but still has all the necessary chassis and working parts in good order. Carlos said: “I wanted to make something like this that was different but would be able to be ridden off road. 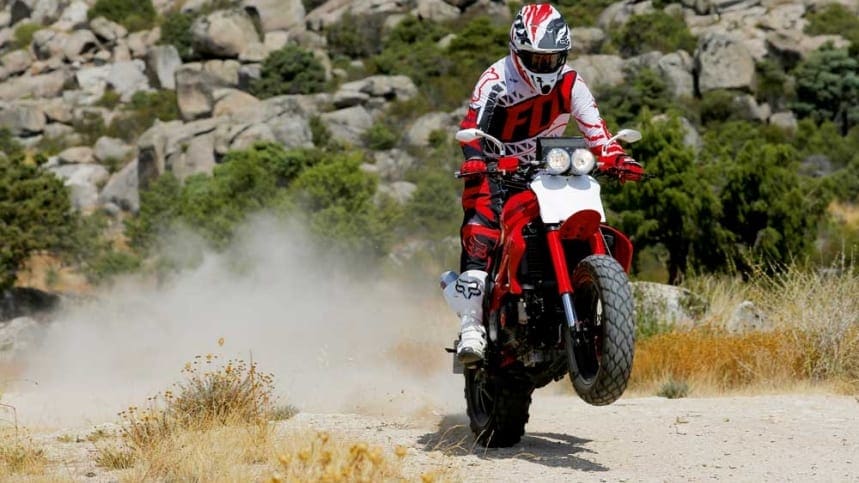 “At first it was a really rough build while I was working out what had to be where with the bike – then I painted and polished it up, tidying various bits as I went. All in all, this took about six weeks to build.”

The bodywork is a heady mix of VFR and KTM SX, RMZ Suzuki and Yamaha YZF. 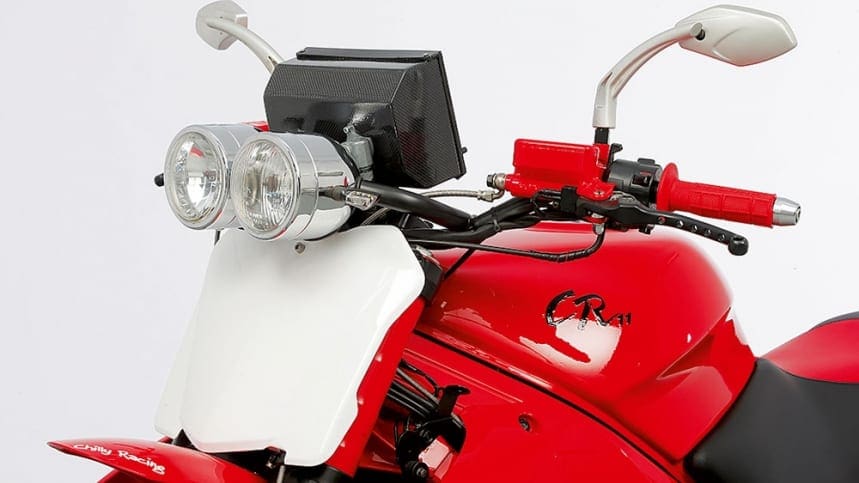 “Everything is recycled material and to get it all to fit there was a lot of plastic welding and I had to make a lot of new brackets which were all welded to the chassis or subframe. For example, the original fuel tap I had to relocate to the left side and then cut away a segment of body so that it could be manually turned.”

The bike’s forks are Showa upside downers from a 1993 CR250 Honda and have been trimmed with a 130mm less length. They’ve also got new, stronger springs inside. 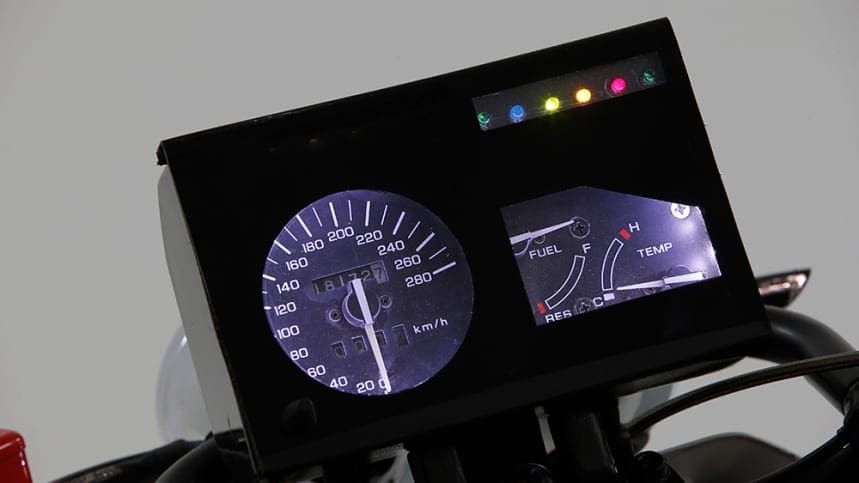 The wheels also comes from a CR fitted with supermotard rubber. The brakes are Brembo with a KTM fitting and the brake pump is Nissin. The oil cooler has been re-site to be out of the way of rocks and rubble off-road and the lights are LED units. A nice touch is that the speedo and tacho are housed inside a lookalike ‘road book’ which is a boxy navigation system used on the Dakar. 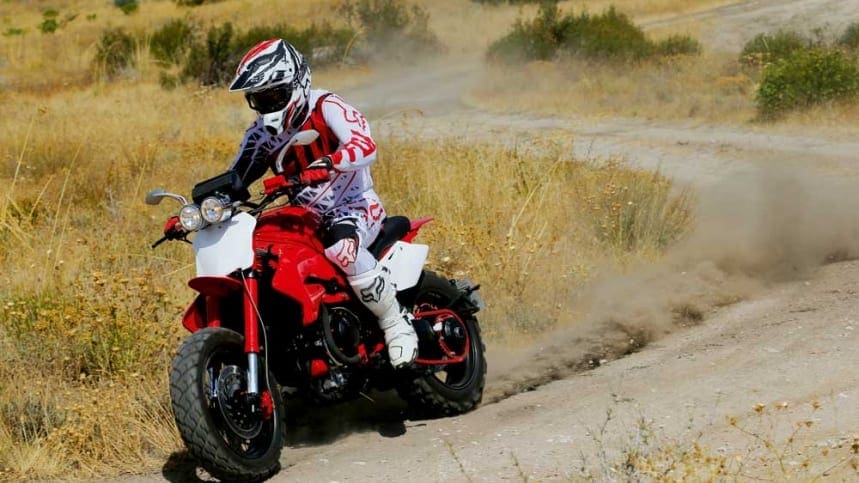