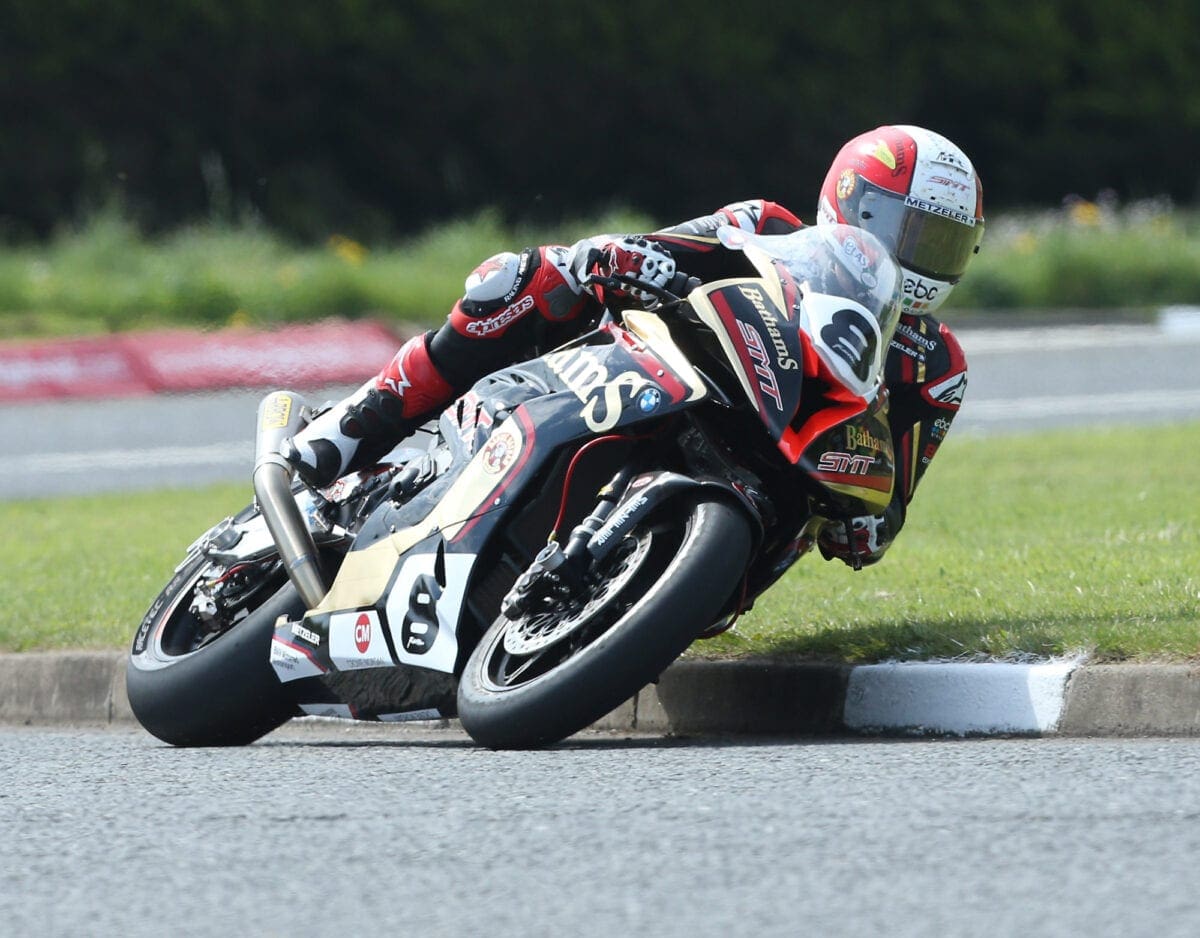 Michael Rutter will start from the front row of the grid for Saturday’s Superbike and Superstock races at the International North West 200 after some blistering performances during qualifying on the Bathams/SMT Racing BMW’s.
With perfect conditions on the Causeway Coast all week, Rutter signalled his intentions on Tuesday when he lapped at 121.847mph to set an unofficial lap record in the Superstock class. Although he was unable to go any quicker in Thursday’s second qualifying session, that lap on the BMW S1000R will see him line up in second place on the grid and in the middle of the front row, less than a second behind similarly mounted Alastair Seeley.
In the Superbike class, Michael was having his first outing with the team having worked right up until the beginning of practice to get the all-new machine ready. A lap of 121.648mph on Thursday saw him move up the leaderboard to slot into third place and he’ll be on the front row once more for Saturday’s two races, this time behind Seeley and Michael Dunlop.
Michael was also in action in the Supersport class where he qualified in seventh place overall after a lap on Thursday of 115.068mph. Riding the Kawasaki ZX-6R, Thursday evening’s 6-lap race got proceedings underway and with the sun continuing to shine, he slotted into seventh at the end of the opening lap.
With less than four seconds covering the top ten, the race was a high-speed battle along the straights of the 8.9-mile circuit and positions were changing hands all the time. Michael found himself running in close company with regular sparring partner John McGuinness and whilst the front few riders made a break in the latter half of the race, Michael had to content himself with ninth place at the chequered flag despite improving his lap speeds to 115.955mph.
Michael Rutter: “We had a lot of work to do with the Superbike as it hadn’t turned a wheel before we got here so I was a little bit surprised to end up on the front row. There’s still work we can do to improve it and make it feel like the Superstock bike but we’re not a million miles away so should be set for two good races.”
“The Superstock bike is on rails and it’s really good. Obviously, having ridden it in the British Championship has helped and whilst it was a shame Thursday evening’s race didn’t take place, we’ve got two bites of the cherry now on Saturday. As for the Supersport bike, we’re a little bit down on power compared to the other bikes out there and I was a little bit disappointed with ninth. John and I were running at a similar pace and we couldn’t quite keep up with the leading pack but it was good to get the first race under our belts. I’m now looking forward to Saturday’s racing and every race is going to be hard fought.”
Michael now has five races on Saturday with two outings each in the Superbike and Superstock classes and a single outing again on the Supersport bike. The roads shut at 9.15am with the Supersport race kickstarting proceedings.