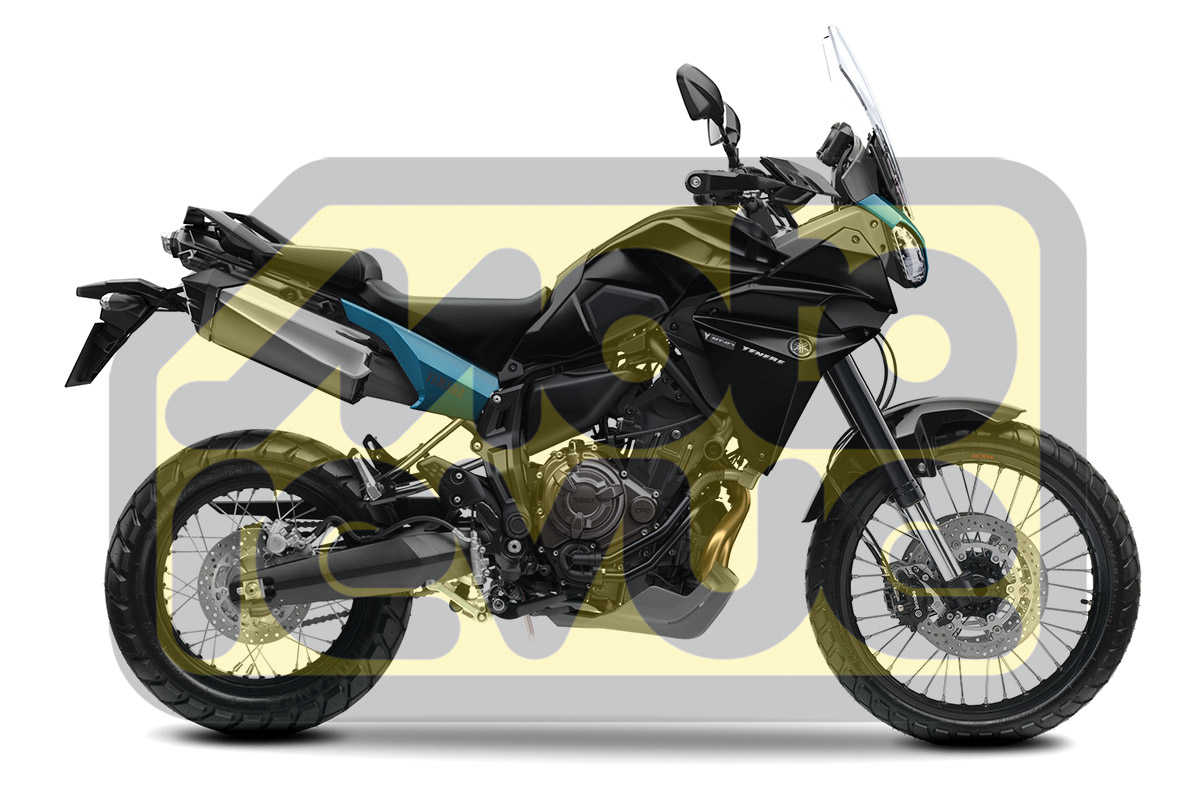 French motorcycle publication Moto Revue has printed this computer-made image of the MT-07 Tenere, a bike which it says now won’t be with us until later next year.

The illustration is based on the spy-shot images that we brought you a month ago, here’s one of the series we showed you on April 13:

But now the French are hinting at some pretty evocative numbers to go with the smaller Tenere which could be seen at the very tail end of this coming year as part of the mid-year-launch 2017 Yamaha range.

As we found from the spy shots the bikes is going to have a 21-inch wheel on the front and an 18-inch wheel at the back.

The bike is also going to get a new, tougher subframe built around the high-level exhaust so that it will be able to carry serious luggage and a pillion. According to the French publication the motor remains the parallel twin 689cc unit but won’t make any more than 70bhp and will kick out 50 lbft of torque.