MotoGP Preview: Why Mugello could end up being the Race of the Year (and then some)

MotoGP Preview: Why Mugello could end up being the Race of the Year (and then some). 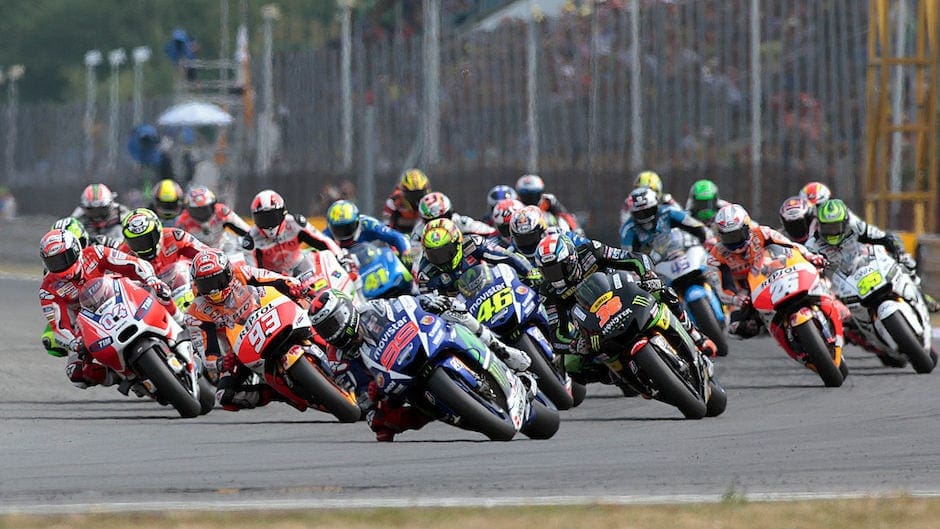 If the events of the past week have shown us anything it’s that this weekend’s round of the MotoGP championship could be the best ever – and possibly the first premier class race in the championship where we end up with an all-British podium.

OK, maybe we’re over-egging this particular MotoGP pudding with that bit of blind jingoism, but all things really are pointing to this round at Mugello being epic.

Here’s why. Over the last 24 hours all the major merry-go-round pieces of who-is-riding-where-in-2017/2018 have fallen into place. In case you’ve not been reading what MoreBikes.co.uk has been saying well ahead of the competition (because, perhaps, you’ve hit your head or something and have been laid up unable to work a keyboard or a phone) let’s just outline what’s happened in the premier class recently:

3: Andrea Dovizioso is staying at Ducati

5: Dani Pedrosa has signed to Honda for the next two years

6: Jorge Lorenzo is moving to Ducati for the next two years

OK, so that’s where things sit for the moment (we’ll not go into Alex Rins or Johann Zarco for now but it’s worth checking out MoreBikes for more on those two and the future of MotoGP also), so bearing all that in mind here’s what you need to reckon on for this round.

Rossi is going to push like a bugger because it’s Mugello, his home round and he’s the most successful rider there across all the classes – he’s win there nine times in total over the years. Anyone remember the Maui Honda performance at the start of the century? When he crashed twice in the rain? Yeah, he wants to win this one THAT bad.

Vinales wants to get his first win in the class soooooo much to prove that a: Yamaha is right to commit to him this early and b: he’s MUCH better than Iannone who’s taking over Vinales’ vacated seat at Suzuki.

Dovizioso wants to smash Iannone into the weeds by outriding the rider who has been the constant thorn in his side – and he wants to do that in Italy. And Dovi is on a Ducati. In Italy. And doesn’t like Iannone. And there’s no team orders that Iannone would listen to now (if, indeed, he listened to any before) so it’s going to be game on for the first time properly this year. Ouch (potentially).

Iannone wants to smash Dovi AND Vinales for the obvious anti-Dovi reasons PLUS he wants to show the world (and Suzuki and Ducati) that he’s a better rider and prospect for the future than Vinales. And this Iannone wish could well come to pass if we look at the history books because if Vinales does manage anything better than fifth place then he’ll have earned the highest Suzuki finish at Mugello in the modern era (so the odds are stacked very much in Iannone’s favour for this particular battle). AND Iannone took pole at Mugello last year (which was the first time an Italian rider on an Italian bike had qualified on pole for the premier class in Italy since Giacomo Agostini was on pole in Imola in 1972).

Pedrosa ALWAYS goes well after he’s signed a new contract. It’s just his way. And Mugello, with its many harsh direction changes, suits the tiny,tiny,tiny Pedrosa on the Honda. If the Honda manages to find a set-up for turning. Honda has taken four wins in the MotoGP at Mugello (Rossi in 2002, 2003 – Dani in 2010 – Marc Marquez 2014), so the factory can get bikes to hustle around there.

And then we have Lorenzo. Who’s leading the world championship by five points and is just awesome on the Yamaha at the moment – and there’s a chance that Lorenzo and his mate Marquez will be going toe-to-toe just like they do several times a year. And it’s Mugello. So if they’re not leading the race when it comes down to it then it’s pretty likely that they’ll be caught up in a severe scrap somewhere down the order anyway.

So, given all that MotoGP malarkey going on, the potential for clashes and falls is high. And if that happens then riders like Scott Redding, Bradley Smith and Cal Crutchlow can come into play (let’s, for a British solus point of view, handily ignore the likes of Bradl et al for now).

Honestly, we’re all set for a MotoGP round of such massive proportions that either the biggest names are going to ride harder than they have so far for the single-race glory that post-contract moves always produce or we’re going to have them screwing each other up so much that our homegrown battlers will be able to scrap their way through to something hugely special.

Either way, if you only watch ONE MotoGP race this year then MUGELLO is the one to sit down and take in.