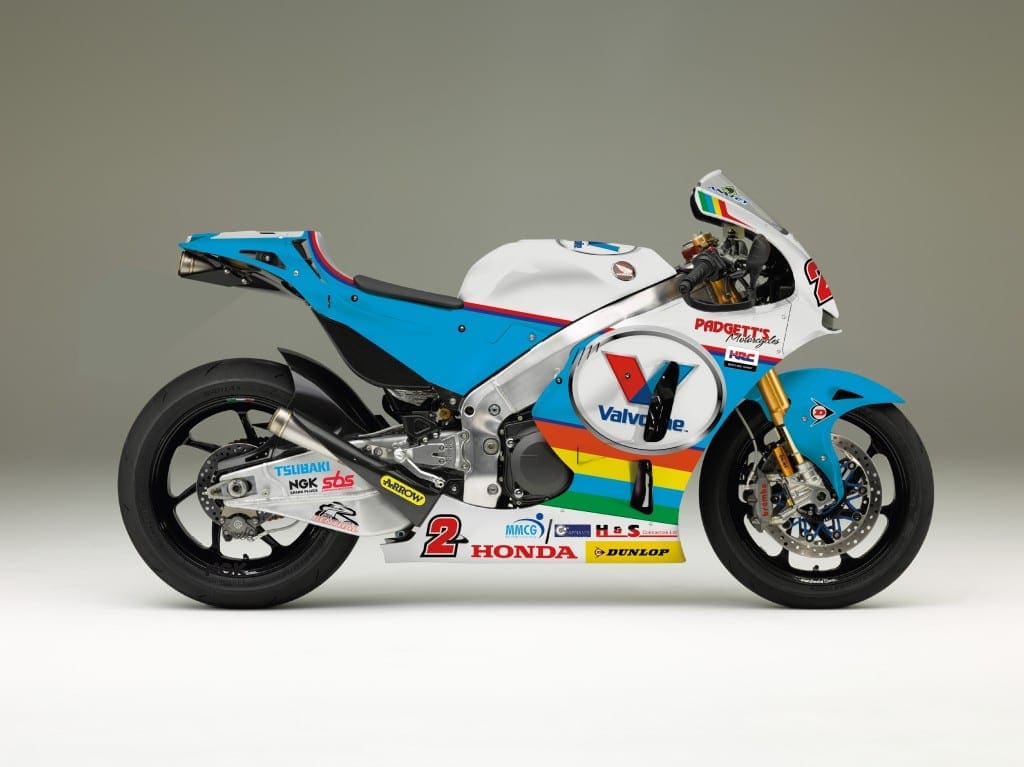 The Valvoline Racing by Padgett’s Motorcycles team has confirmed that the New Zealand rider will have a race prepared version of the exotic V4 machine for the RST Superbike and PokerStars Senior TT races. Anstey has yet to test the machine but he will practice on it along with the superbike spec Fireblade that he rode to his first 6 lap Superbike race victory last year.

“It has always been a dream of mine to ride a MotoGP bike at the TT and this is as close as I will ever get,” the ten time TT Race winner said. “Clive is the only person in the world who could put something like this together and if he says it is OK I am with him 100%. He hasn’t just pulled it out of the crate and said we are racing it. Clive and the team have done a lot of work to the bike to make it ready for the TT.”

Anstey is convinced the compact V4 will be well suited to the Mountain course. “The RCV should be an absolute weapon because it has loads of power but it feels as nimble as a 600.” he said. “It should be stable too as it’s over 2 inches longer than a Fireblade but is still really small and compact. I am really looking forward to seeing how it handles through the quick corners because it will be able to turn so fast.” 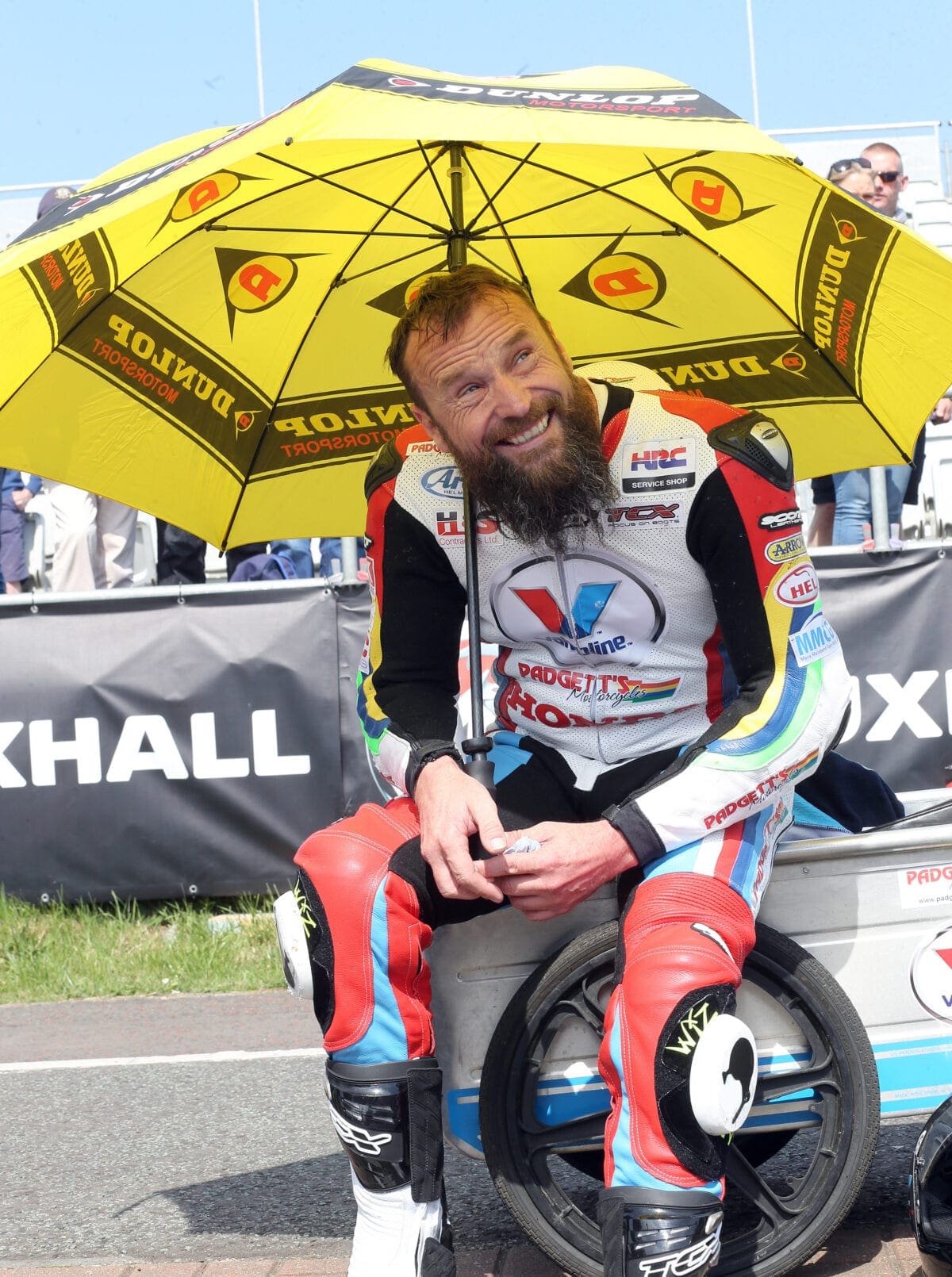 Valvoline Racing by Padgetts Motorcycles team boss Clive Padgett said that the idea for the incredible venture to race a production version of Marc Marquez’s Grand Prix bike on the 37 ¾ mile Mountain course originally came from a customer:

“I was having a few pints of Guinness with a customer who had just bought an RCV from us and he said wouldn’t it be great to see one of them going down Bray Hill. That planted the seed in my head and it has been germinating ever since,” he said.

He continued: “The TT is all about pioneering innovation and I really wanted to do something different. I see this as being in the spirit of what Mr Honda did when he first came to the TT with his race bikes in 1959. I think this will bring even more global attention to the TT this year and that can only be a good thing. I am really giddy about it all. I might be over 50 now but inside I am still a 19 year old racer!”

Preparing the RCV for the rigours of the world’s toughest motorcycle race has been a huge challenge for Clive Padgett and his Valvoline backed squad. “It has been a very difficult project to pull together,” he admits. “We have had to beef the bike up for the TT course and we can’t get anything off the shelf so everything has had to be made bespoke. Things like the wheels, the K-Tech forks, the rear shocks, the brakes and the radiator guards have all had to be specially made.”

The RCV’s standard package produces a mere 159bhp but with the £10,000 race kit fitted, which includes a titanium exhaust and a special ECU, the V4 delivers over 200bhp. “I love Bruce to bits and I wanted to give him the best motorcycle in the world to ride. That’s what this bike is all about,” concluded Clive Padgett.

Of the last 39 TT races that the team has started around the Mountain Course the Batley team has finished in the top four on no less than 33 occasions and of those 27 were podium places with 11 wins. The team is probably most well known for Ian Hutchinson’s five wins in a week in 2010. The team has also secured numerous lap and race records including Bruce Anstey’s RST Superbike win in 2015 in a record winning time of 128.749mph (1:45.29.902).

Padgetts Motorcycles, through their partner relationship with Honda, secured a number of the new RC213V-S machines in March 2016 and these will be available to purchase from the Batley based dealership