Stoner speak out about MotoGP: If Marquez criticizes the Honda, the other riders have their excuses ready 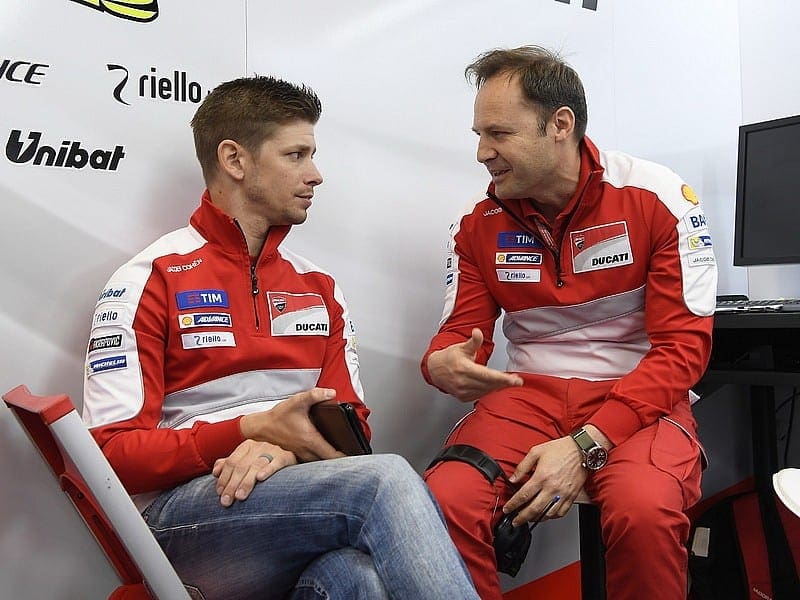 Casey Stoner has been speaking about the current performance and state of some of the big names currently in MotoGP – and Valentino Rossi doesn’t get off lightly.

Talking to journalist Paolo Ianieri from Italian sports paper ‘Gazzetta dello Sport’, Stoner was open about how he views Rossi’s performance at the moment saying: “Valentino is used to having strong team mates, as was the way it was with Jorge.

“And I thought I could get into his head, but I’ve seen that that is not possible as far as I could manage… but it looks to me as though Jorge managed to do it so maybe it’s good thing for Rossi not be next to Jorge next year.”

But as you’d expect, Stoner still has the Italian in his sights: “If in the past there were problems in the first few laps of a race they were often his problems and there’d be no kind of apology from him. So far he’s doing a good job, but is this year better than last year? I’m not sure. In 2015 by this time he had already won two races and was always on the podium so for me this is not a stronger year than 2015.” 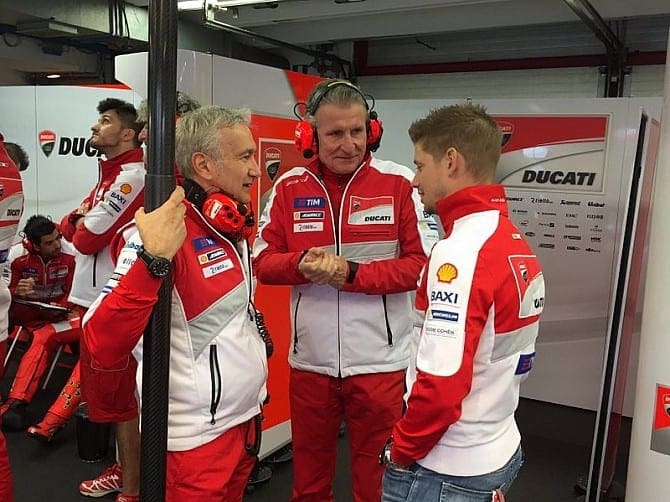 Stoner also talked about the Ducati decision to drop Andrea Iannone and put Jorge Lorenzo and Andrea Dovizioso in the 2017/18 Ducati squad as team-mate. He said:  “It is difficult because Ducati was happy with the pair of them as riders but perhaps it was Iannone’s errors that in the end were a big influence on the decision.

“I would say that I’m excited with Jorge joining Ducati though. I have raced against him for a long time and I have great respect for what he can do.”

Stoner also spoke about the changes in the official team Yamaha for the next season and the signing of Maverick Viñales, adding: “There was so much interest around him for some time and he has handled it well.

“Time will tell whether he will be at the front on the Yamaha, but he seems to have the right attitude. He is a racer with a good head. ”

Stoner also went on about the problems at Honda this year, saying: “It was like when I arrived in 2011. Everyone said the engine was too aggressive, then I said otherwise and they all changed their minds.

“However, if Marc begins to criticize the bike, the other riders already have their excuses ready. ”