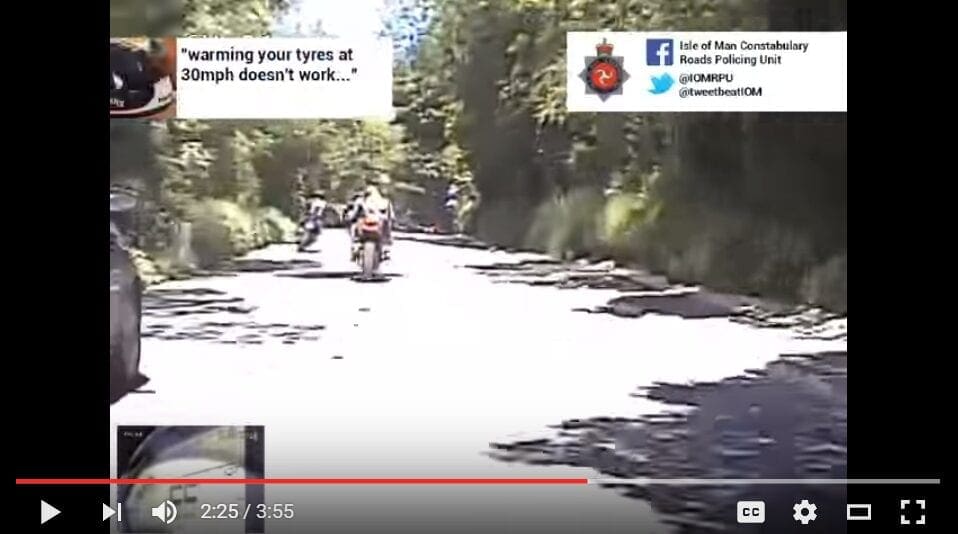 Now this is a great idea. The roads policing unit on the Isle of Man are releasing a series of videos taken from the force’s stealth bike.

Each video is basically the footage from the bike as it goes out during TT time and catches some pretty scary stuff on film.

Having Conor adding his bits to the footage, on top of the traffic cops explaining why what you’re seeing is a bit iffy, really adds to the lesson-giving nature of the footage.

The series of videos are being released in the run-up to the TT this year, which has just begun Practice Week on The Island. Stay on the YouTube channel for more from the Manx boys in blue.