More records and wins targeted on the iconic Mountain Course. 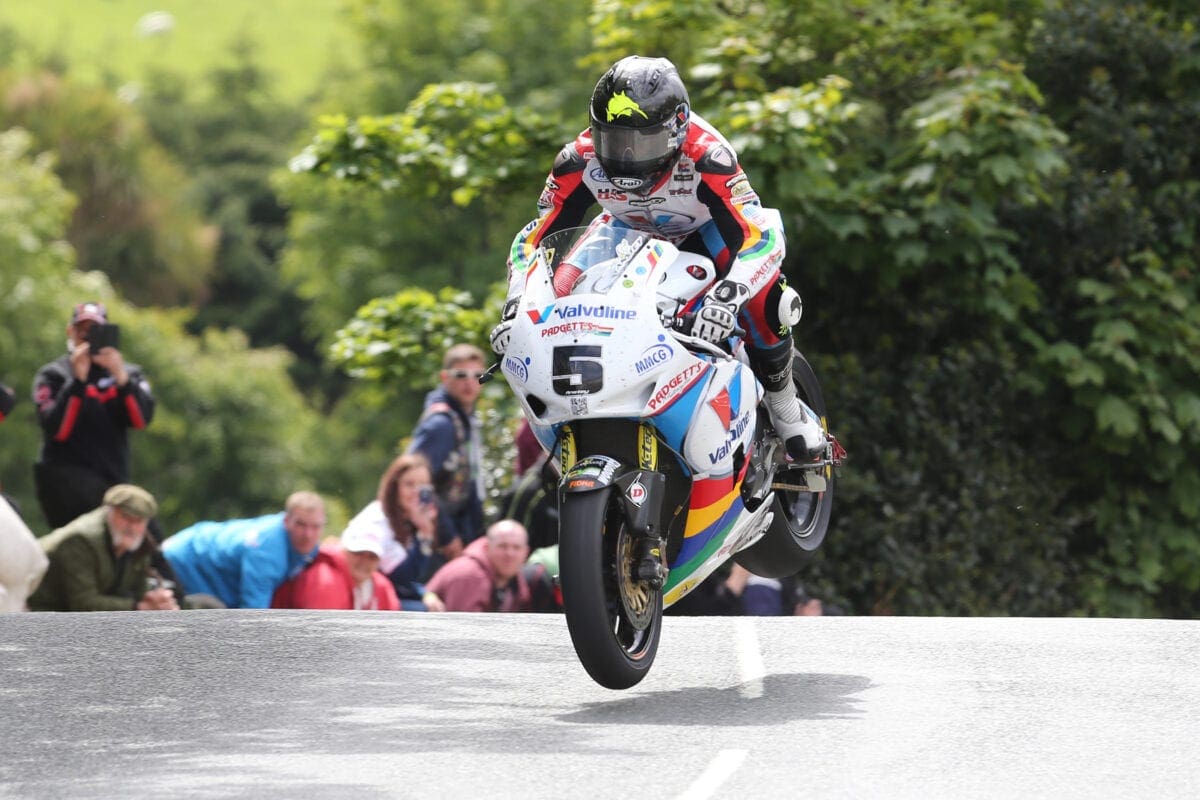 Dunlop, a name irrevocably tied to the Isle of Man TT, has competed at every event held since the first race in 1907. Arguably one of the most successful tyre manufacturers in the history of the event, Dunlop has helped riders to not only win races during that 108-year span, but also to break countless records along the way.

Of the 18 single rider current lap records and race records, Dunlop tyres has powered all 18 men and women into the record books, including all six fastest sector times held by Michael Dunlop, Steve Plater and Michael Rutter.

In 2016 Dunlop aims to go one better and create the 133mph Club at the event which gets underway with practice week 28 May. It’s not just McGuinness that bids to improve his record. Joining John in the elite 132mph club is another Dunlop-shod rider, Bruce Anstey who recorded a lap of 132.298mph in 2014, and which stood until the final race of 2015. Last year he took his tenth TT victory, his first in the RST Superbike class.

Dunlop has had unprecedented success at the Isle of Man TT; in 2014, 13 out of a possible 15 podium places were taken by Dunlop-shod riders. In 2015 there were 10 podiums taken, including McGuinness, Anstey and Lee Johnston claiming a podium lock-out in TT Zero, and McGuinness setting a new lap record for the electric class of 119.279. With TT Zero lap times tumbling by, on average, 4mph each year, it’s feasible that 120mph lap times could be achieved in 2016.

Of the five major categories at the Isle of Man TT – Dunlop riders will be shod with KR106 and KR108 slick tyres in the Senior and Superbike races while in the Superstock, Supersport and Lightweight classes, riders will use commercially available (road-legal) D212 GP Pro tyres which incorporate Dunlop’s experience of the iconic Mountain Course.

The TT offers a perfect testbed for Dunlop’s range of road going motorcycle tyres. Featuring 37.73 miles of public roads, with changeable surfaces, cat’s eyes, manhole covers and kerb stones, the TT course certainly mirrors the conditions faced by road users up and down the country on a daily basis. The weather can also be a factor, dry at the start line, but dewy over the Mountain section, again a perfect example of the changeable conditions that greet road users. 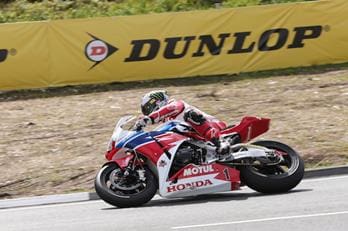 The TT circuit has famous high-speed straights and intricate, slow corners, a combination that’s difficult to master. On the long straights, the shoulders of the tyre cool so when the rider leans through the corner, the colder compound material might not have the grip that’s needed to carry speed through the corner. Dunlop’s Multi Tread compound technology was developed as an answer to dealing with situations like this. By introducing different compounds for different parts of the tyre, riders can have the best of both worlds – a centre compound that is durable, despite the high heat generation from straights, with a softer compound providing more grip through corners.