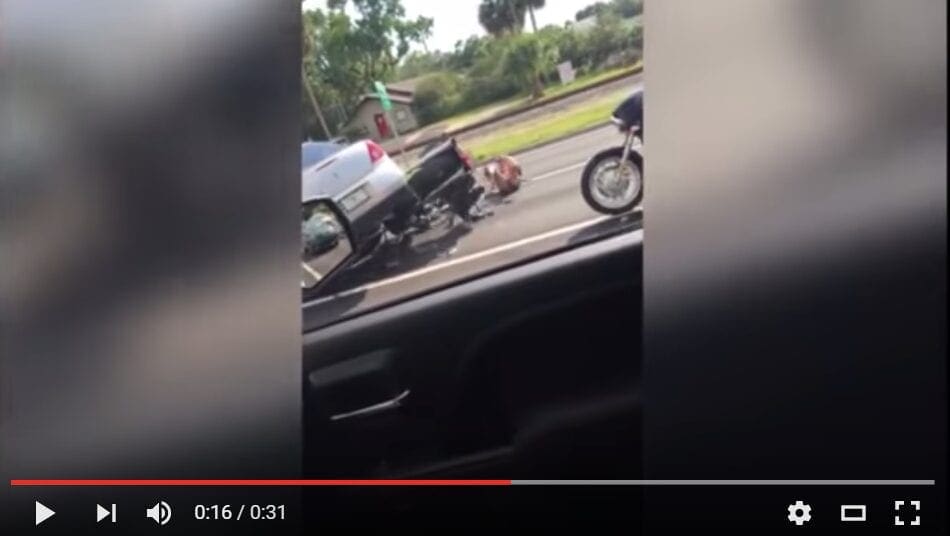 A jaw-dropping moment of road rage was captured on camera Monday after a man drove his car into and over a motorbike coming back from a Memorial Day bike ride for veterans in the USA.

Joe Calderazzo, a Navy veteran, was making his way through Lutz, Florida, with a group of fellow bikers when a driver allegedly ran one of them off the road at around 5:30pm.

The group caught up with the driver and began an argument which was filmed by an unnamed person in a car nearby. The footage takes a shocking turn when the driver apparently attacks the bikers with his car driving into and then over one of the bike leaving both rider and pillion on the floor.