Harley-Davidson has filed a trademark application for the name ‘Sport Glide’, that means a likley return for the touring model from the American firm.

The Sport Glide name application was filed last week in the US Patent and Trademark office and the European Union Intellectual Property Office for use on: “motorcycles and structural parts therefor”.

In short, this is the next big model from H-D. 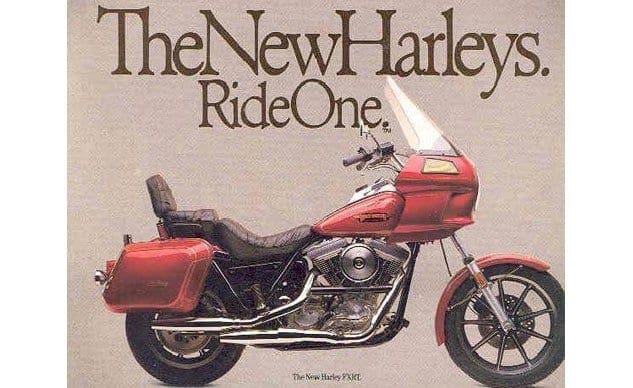 The Harley-Davidson FXRT Sport Glide (pictured above) was introduced in 1983 as a variant of the Super Glide model which, in itself, was a mid-sized bike with a frame-mounted fairing and panniers. The model was discontinued ten years later.

Although there’s no indication of when the model is going to appear, or indeed what size bike the name is likely to be attached to, we’ve been hearing some rumours about a smaller-sized tourer in the works from H-D, so this could well be the next stage for something along those lines based around the current Street 750 range.