In 2014 the US government launched a competition to design a special forces spec motorcycle for use in the field. Now, the two finalists are going to go on display at a Special Operations Forces conference in Florida – and here’s one of the finalists. 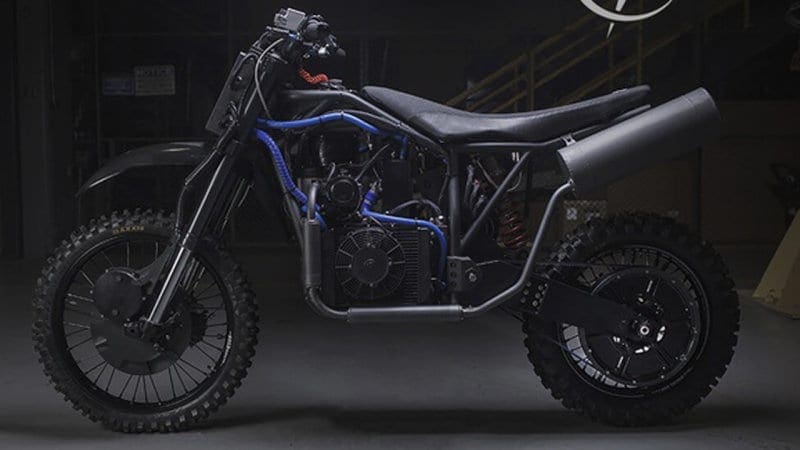 Pictured above, the LSA Autonomy Nightmare runs with a gas engine which can run using either spark or compression ignition, meaning that it can burn just about anything – gasoline, jet fuel or propane. Alex Dzwill, an engineer with the maker Logos said that it could even ‘theoretically’ run on lipids, like olive oil. Handy when you’re out on a mission and can’t exactly pull up to the nearest petrol station to re-fuel.

The bikes also have a stealthy hybrid powertrain. Flip a switch, and instead of an 80-decibel combustion engine, the bike switches over to an electric motor/lithium-ion battery that drops the noise level to just 55 dB. According to D1, that’s about as loud as an indoor conversation. Aside from making the bikes quieter, the hybrid systems can also power communications equipment.