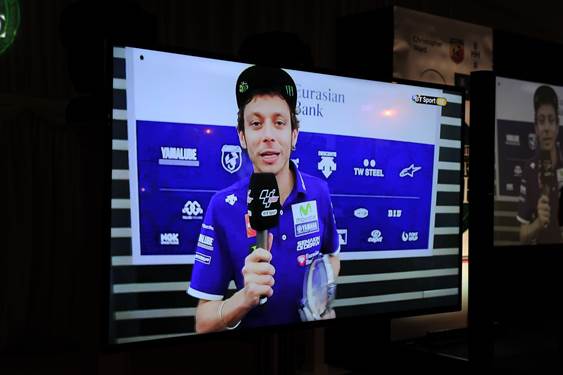 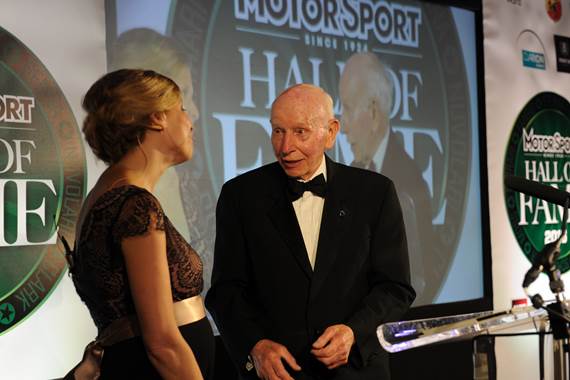 Five racing luminaries were inducted into the Motor Sport Hall of Fame on Tuesday at the Royal Automobile Club’s Woodcote Park country estate.

This year was the first time the inductees were decided by the public and, after over 25,000 votes were placed, the new members included Sid Watkins (Formula 1), Dan Gurney (US racing), Valentino Rossi (motorcycles), Sébastien Loeb (rally) and Derek Bell (sports cars).

The awards themselves kicked off with the rallying category. The nominees included Hannu Mikkola, Sébastien Loeb and Richard Burns. It was the Frenchman, and nine-time WRC champion that won the award, presented by Paddy Hopkirk. He was touched at the thought of following in the footsteps of Nuvolari, Moss, Senna and Schumacher and paid thanks to those that got him started in motor sport.

It was sports cars next and Tom Kristensen was on stage to present winner Derek Bell with his award.

Next up were the motorcycles and from the choice of Joey Dunlop, Valentino Rossi and Mike Hailwood the public chose the charismatic Italian. Rossi, speaking from the Yamaha motorhome at the Spanish Grand Prix began: “Hi to everybody and I am very happy and very proud to enter into the Hall of Fame. It is a great shame that I cannot come over there with you, but I wanted to say thank you, thanks a lot. I am so happy – I will put the prize in my bedroom so we can sleep together!”

Talking of the founding member on the trophy he said, “Being with these important names of motor sport is fantastic. Thank you to everybody and I hope to see you next time.”  John Surtees CBE made the formal announcement, and talked of his admiration for Rossi.