John McGuinness: I managed a 131.1mph, so we’re in the ballpark… 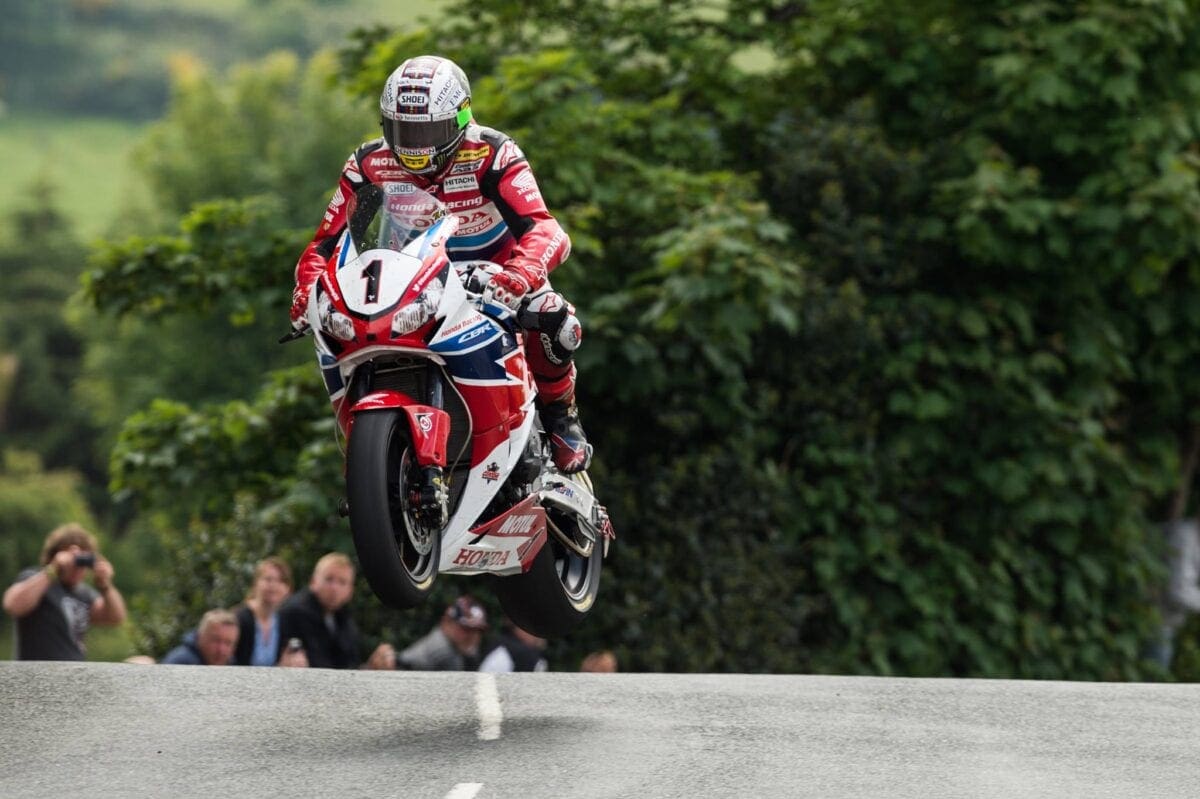 John McGuinness has started flexing his TT muscles after a week of practice on The Island and says he’s pretty much doing what he needs to to be able to compete when the racing starts tomorrow.

The first big bike race, the Superbike, happens tomorrow and in the final Practice session the 23-times TT winner bagged a 131.12mph lap, comfortably putting him in the top five.

“The second lap was pretty good and I think we’re pretty much there or thereabouts now,” said McGuinness after the last qualifying session.

And there’s been some psyche-out happening on track too. According to Norton rider Dave Johnson, McGuinness was so comfortable on the Honda that when he passed the Australian on the British/Italian mash-up the Morecambe Missile even had time to shake his head.

“I don’t know if he was impressed or pissed off with me but he went by and slowly shook his head,” said Johnson after the session.

We love it when the King is in that sort of form. Looks like the TT 2016 is going to be something really special in the hands of McGuinness.