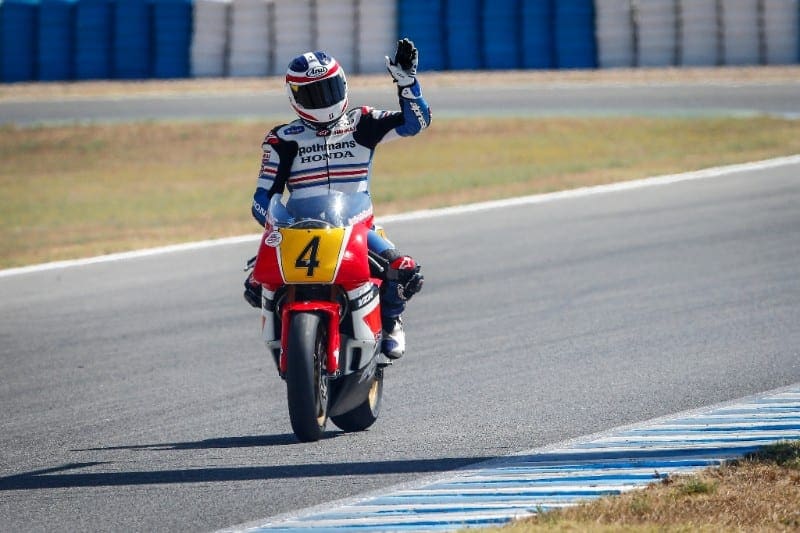 Following the hugely successful first event at Jerez in 2015, World GP Bike Legends is back for 2016 and the iconic 500cc bikes and riders from the golden age of Grand Prix motorcycle racing will do battle at the challenging Sachsenring Circuit – home to the German round of the current MotoGP World Championship.

The sixteen riders entered for the World GP Bike Legends races are:

And they’ll be riding these awesome 500cc two-stroke machines:

Rider/ambassador Wayne Gardner said, “I’m really thrilled that we have such a fantastic grid of amazing riders and beautiful original GP bikes for this year’s event. There’s sure to be some really close and exciting racing, and I’ll be honored to be out there mixing it with so many former rivals and idols, especially the older legends like Jim and Phil”.

A full weekend of top class action is in store with this year’s Sachsenring Classic featuring more than 650 racers starting in over 18 classes with a fabulous mix of classic bikes and cars.

With qualifying and two fast and furious World GP Bike Legends races in prospect, plus great opportunities to meet the riders of the period at autograph sessions throughout the weekend, there’ll certainly be plenty for the anticipated 25,000 fans to take in.

For those unable to make it to the Sachsenring Classic, a number of ex-GP stars and their brutal machines will be returning to one of the fastest tracks for some spectacular, high-speed laps at the annual three-day Silverstone Classic (29-31 July).