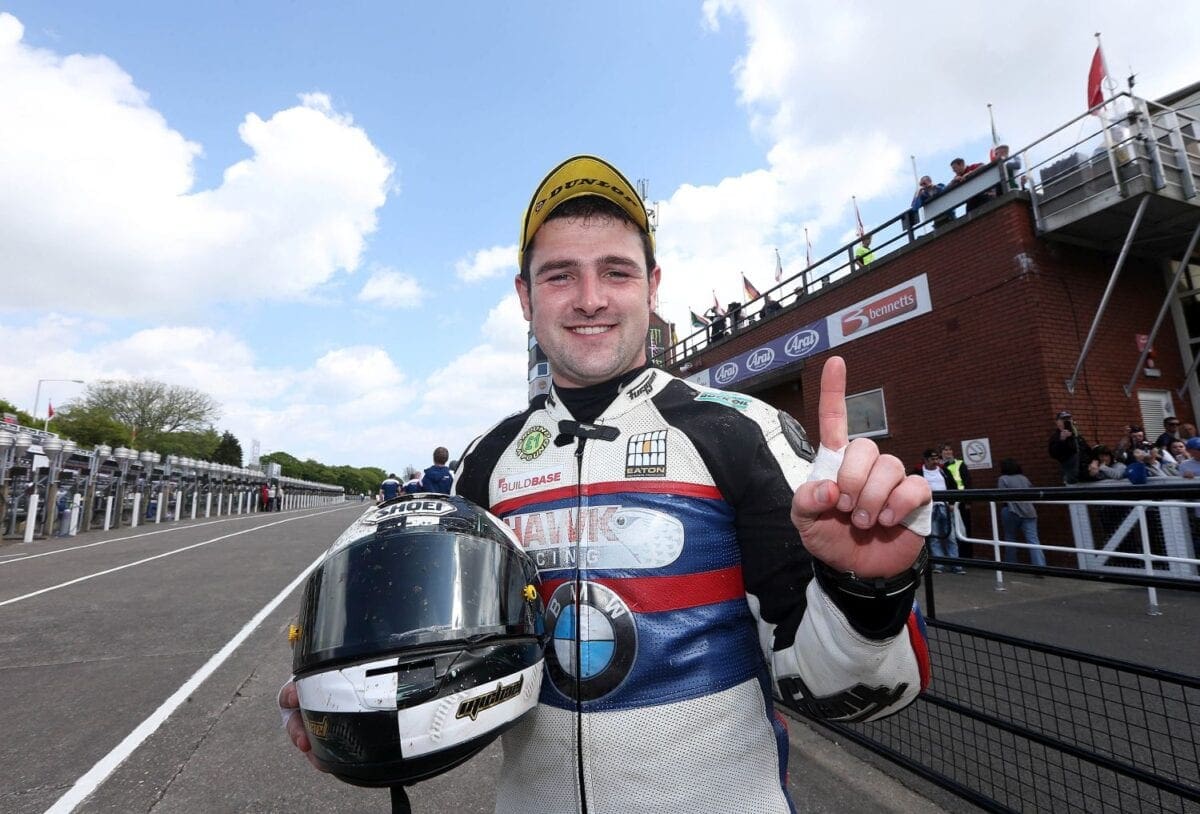 The first race at the Isle of Man TT races is underway now and already the records have been smashed!

Michael Dunlop has just mashed the competition on his BMW with a storming lap from the standing start – to be the FIRST rider ever to lap at an average of 133.37mph!

Not only that, but his incredible time means that we’ve just seen the FIRST EVER under-17 minute lap of the Mountain Course. Dunlop clocked the opening lap of the Superbike race with a storming 16m 58.439 time.

It’s worth saying that again. That was from a STANDING START. Expect the times to get faster now because the second lap is a flyer across the line – so there’s no crucial seconds lost getting away from the start but because of the pit stop the lap times are unofficial and taken from Ramsey to Ramsey. Expect him to be faster though from point to point. UPDATE: Dunlop has indeed gone even faster around the Mountain Course on lap two! From Ramsey to Ramsey on lap two he clocked a 16m 54s lap. That’s knocking on the door of a 134mph lap.

UPDATE: 133.393mph lap confirmed for MD for lap two, coming into the pits at the end of the second lap of the superbike race.