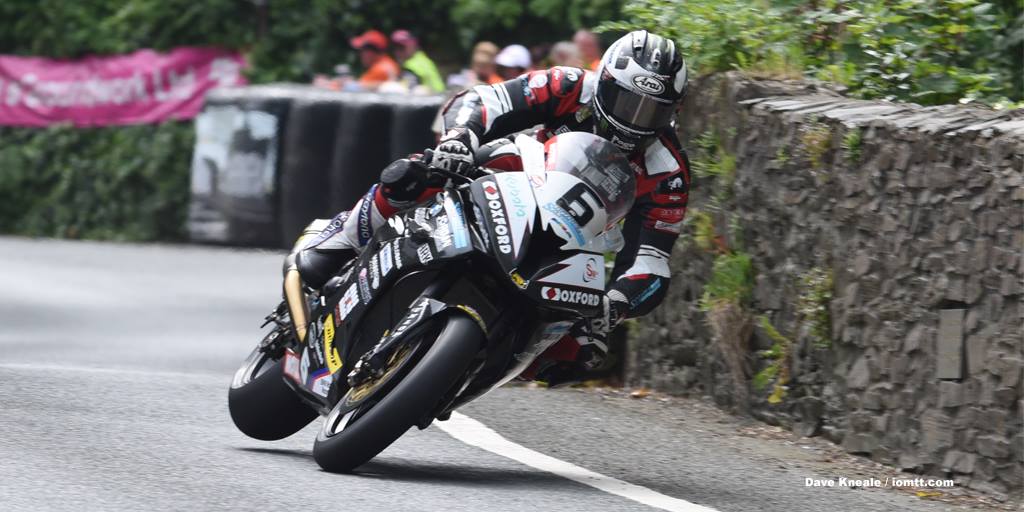 In an amazing on-track duel that saw arch rivals Michael Dunlop, Ian Hutchinson and John McGuinness almost lapping together it was Dunlop who reigned supreme in the first race outing at TT 2016.

Dunlop was unstoppable on the Hawk Racing BMW right from the start of the six lap race, smashing the record books with an astonishing 133.37mph average speed lap from a standing start on lap one.

That’s the first time anyone has ever broke into the 133mph bracket in a race by posting a 133.369mph on lap one. The previous quickest was set in last year’s Senior race at the end of Race Week by John McGuinness when he clocked an in-race best-ever time of 132.701mph.

What makes Dunlop’s achievement even more remarkable is the fact that he set the first 133mph lap from a standing start. Most records come from a flying lap across the start/finish line but Dunlop’s BMW record was clocked from a dead-still beginning.

Dunlop held the lead throughout the race, averaging 19 seconds over Hutchinson and although the pair were almost side-by-side as they crossed the line Dunlop knew he had the win. The race was won by a huge 1m 15.634s over the previous fastest total race time for the Superbike outing.

Dunlop said: “This whole thing… the pressure was against us and kind of it felt like we were on the back foot. I knew I could do it. If I could tell you where this bike was built, the size of the workshop, the size of the team you wouldn’t believe it.

“The boys said that they couldn’t give me a factory bike but they could give me a fast one and they did it. I just went for it from the start and once I built the lead up it was a case of holding the lead from there.

“On the first lap there was a small issue but nothing serious so we just got on with it. It’s good to win again. Especially on a bike where we just did it ourselves. Now we’ll have to lift the bar for the next race!”

The win increases Dunlop’s tally to 12 wins now on The Island slotting him into the fifth place overall on the all-time list.

Norton fans can be pleased that the Aprilia/Norton combination in the hands of Aussie Dave Johnson managed to break the 130mph lap average with an eventual 130.872 to cross the line in seventh place.