Ian Hutchinson has just taken his second TT win of Race Week with a flag-to-flag win in the Superstock event.

Smashing the lap records en route with an opening lap of 133.098mph (that’s from a standing start) and a lot quicker overall for the race distance Hutchinson just ran off into the distance and there was nothing anyone could do. His fastest lap time was a smidge over the 17m lap bracket at 1m 05.10s.

Any challenge from Michael Dunlop was soon put to rest when a mechanical problem with the gear change lever on his BMW caused his retirement during his first pit stop.

Dean Harrison took a brilliant second place in the end after a slow start to his race and in the closing stages it was Harrison and third place James Hillier who were split by a little over one second whilst Hutchinson was nearly 27 seconds ahead. 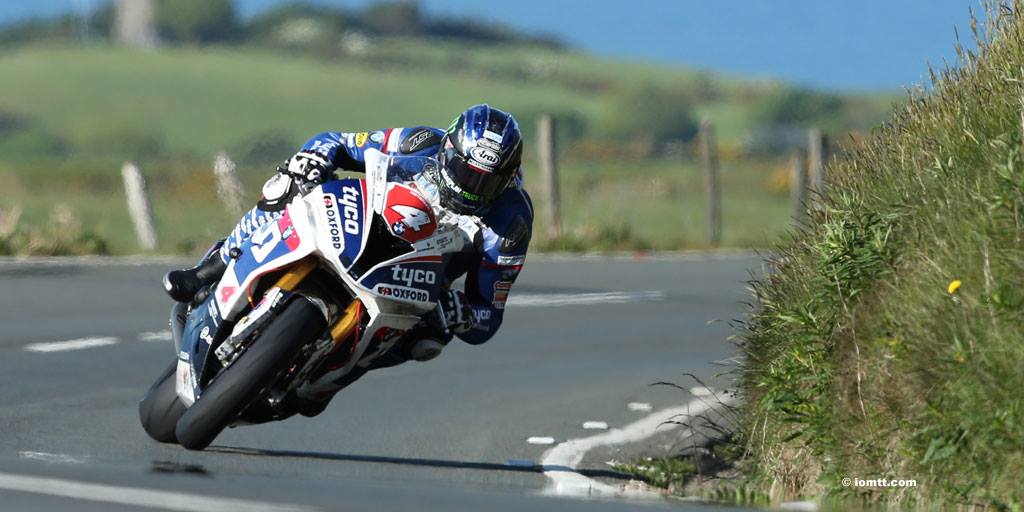 Speaking after the race, Hutchinson said: “I just pushed on from the start again and it worked. I love riding this bike, it seems so easy and I don’t get put off from it, it’s so easy.

“I saw the gap going up and up between me and Michael and wanted to control the race as much as is possible. I am so pleased to get this win for Tyco BMW.

“I think I was like 20 seconds ahead and then I saw that Micahel was out. But I felt strong from the start and I was pulling away from him from the start anyway. In the end it was a nice enough way to finish the race pretty steady and have a ride round.”

Smashing the Superstock record in his 40th TT finish was a particular sweet moment for Hutchy too and he added: “My pitboard just after Ballaugh said P1 and however many seconds and then at the bottom it said 133mph so I was happy!”

The race win now elevates Hutchinson into the fourth highest winner in the all-time rostrum, one place behind the great Mike Hailwood.