WSB Misano: Preview – Past the Halfway Marker, All Bets Are Off 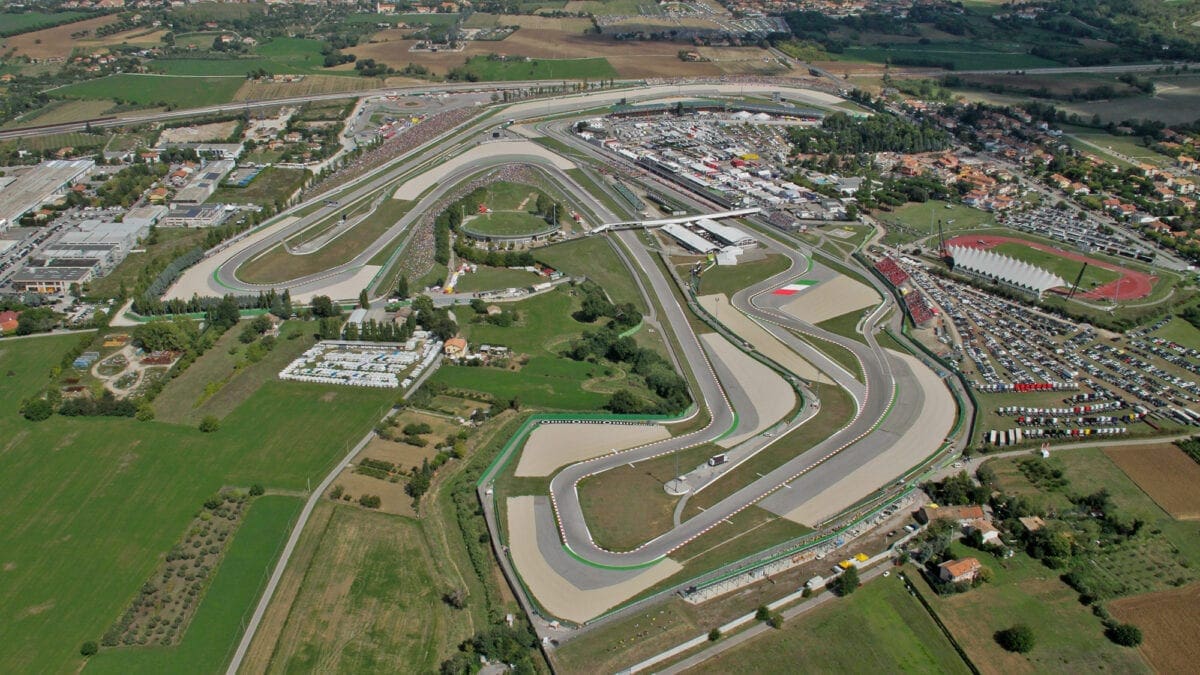 Misano World Circuit Marco Simoncelli lies on the Riviera di Rimini in Italy, surrounded by the beaches of the glittering blue Adriatic coast. Now renamed in honour of fallen local hero and former 250 World Champion Marco Simoncelli, the circuit was remodeled in 2006 and the layout now winds clockwise around its 4km length, through the 10 turns before the final Misano corner that leads back onto the sun-bleached start-finish straight.

In 2015, the Italian track saw KRT pairing Tom Sykes and Jonathan Rea split the wins down the middle, with Sykes victorious in the first and Rea in the second. The year before saw Sykes do the double, giving the man with 3 wins from the last 4 Races in 2016 good reason to be confident ahead of Round 8. With a full fifty points from Donington, Sykes is now the chaser on his teammate’s tail too, having overtaken Chaz Davies in the fight for P2 in the title. The Yorkshireman has momentum on his side.

Chaz Davies heads back to Ducati homeland after two rockier Rounds since he took an impressive and decisive double at Imola. With a DNF in Donington Race 1 and a P4 in Sepang Race 2, the Welshman’s deficit to leader Jonathan Rea went from falling to once again looking like a difficult mountain to climb. The Ducati is a machine to be reckoned with however, and the leaps forward in development for the homecoming marque mean Davies cannot be discounted anywhere. One of the most impressive performers on the grid this season, Chaz may need to take more chances to bridge the gap to Rea – but he may also be willing and able to pull them off.

Davide Giugliano is another man flying the home flag at Misano, not only for himself in his home nation but for his Aruba.it Racing – Ducati team. After a more difficult few Rounds, in Malaysia and Donington the Italian came back with a bang, proving a real challenger for victories with pace to match and rival that of British teammate Davies. With a new setup and more confidence, Giugliano will be ready to push when back on home soil on the Adriatic Coast.

Pata Yamaha are another party with a vested home interest in Misano success, with title sponsors Pata looking for glory in their home country. After a few difficult races marred by injuries for both Alex Lowes and Sylvain Guintoli, the Pirelli Riviera di Rimini Round sees Lowes back on track and hoping to be back up in the hunt; the Brit has already tested at Misano ahead of the Round as he pushes through the pain barrier after his collarbone-breaking crash in Sepang. Teammate 2014 Champion Guintoli, after a highside crash in Imola, has a longer window of recovery and will be at Misano to support his team, but won’t yet be back on track.

Honda World Superbike Team’s Nicky Hayden will be another force to be reckoned with. A first podium in Assen was soon followed by his first victory in Sepang, and the veteran American legend also counts on a legion of experience at Misano World Circuit. His teammate Michael van der Mark is another rider who has scores to settle not with the Italian track but with the record books, as the Dutch podium-contender chases his first victory and takes on Davide Giugliano in the quest to be the first of the next first time winners.

Althea BMW head to their home track as top BMW team looking to bounce back from a difficult Donington, as rivals MV Agusta and IodaRacing Aprilia instead look to build on their UK results. With both MV Agusta and compatriot rivals Aprilia heading back home in the wake of results to have equaled their season bests – with Leon Camier and Lorenzo Savadori respectively – the fight in the top ten will as always be close. After many teams having taken the opportunity to test at Misano ahead of Round 8, some could find the odds changed somewhat in their favour as the battle to catch Kawasaki and Ducati rages on.

As the odds change behind him, the