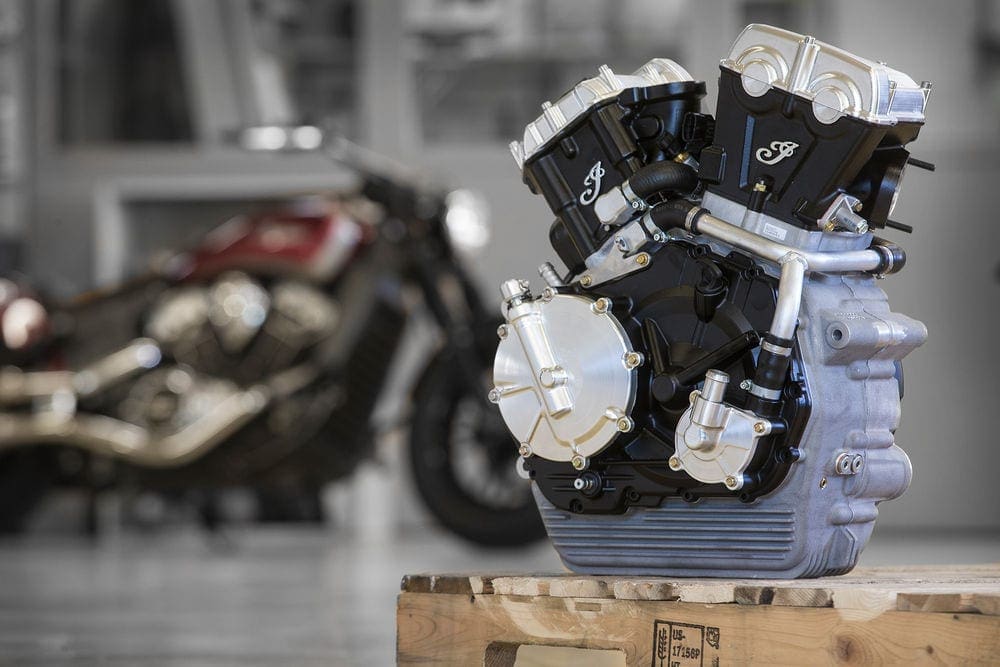 Here’s the first look at the new motor which Indian will use in it’s upcoming, purpose-built, road legal flat tracker, MoreBikes told you about this bike first a full year ago and Indian finally confirmed its existence yesterday with some serious details about the new model.

The bike will make its racing debut later this year on pukka flat-track circuits in the USA, the bike will go on to be released as a road-going flat-tracker.

According to the factory, no ‘exotic materials’ were used in the building of the engine – pointing to the unit’s mass-produced, road-going future. Although the motor runs to 11,400 at maximum revs on the dyno, it hits it’s top output 1,400 revs earlier. 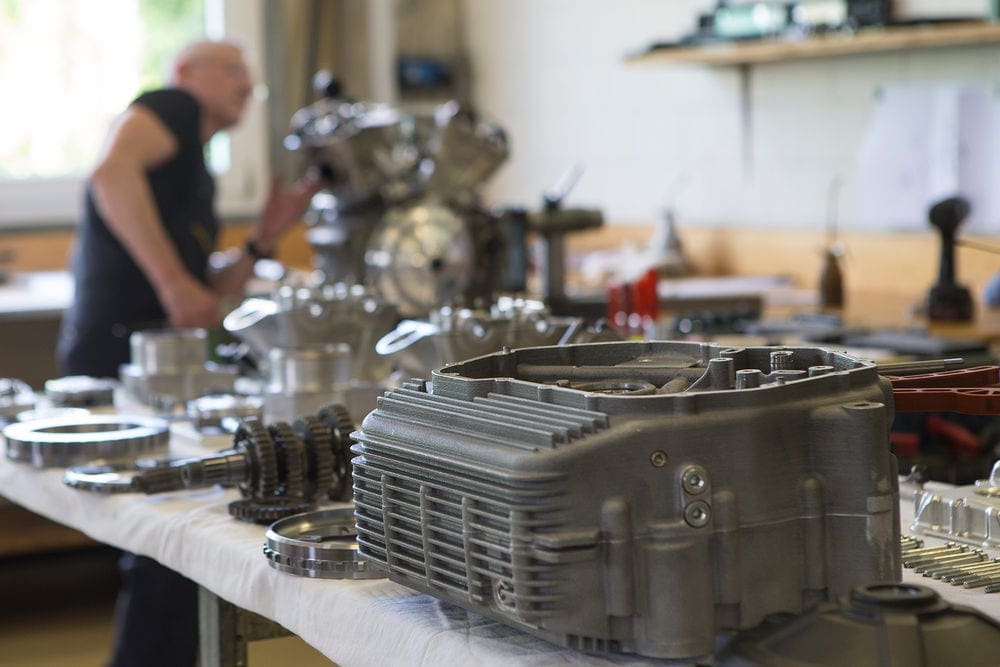 The engine has a narrow 53-degree V-angle and in conventional positioning has the cylinders tilted about 20-degrees rearword and Indian says that this means that the motor can be moved into a more forward-biased angle if it’s found that this will improve handling and grip.

Each head’s four valves are at a narrow 23-degree angle which allows the piston tops to be nearly flat and the compression ratio is a high 14.0:1.