REVEALED! Ducati CEO’s designs to re-invent the wheel (and cure chatter at the same time)

REVEALED! Ducati CEO designs to re-invent the wheel (and cure chatter at the same time).

Claudio Domenicali is the Chief Executive of Ducati. A man with lots on his plate. But when he’s not steering one of the world’s strongest motorcycle brands to bigger and better things, the guy is still an engineer and inventor. And here’s his latest idea – a motorcycle wheel with a rubberised centre that acts like a shock absorber mounted INSIDE the wheel itself. 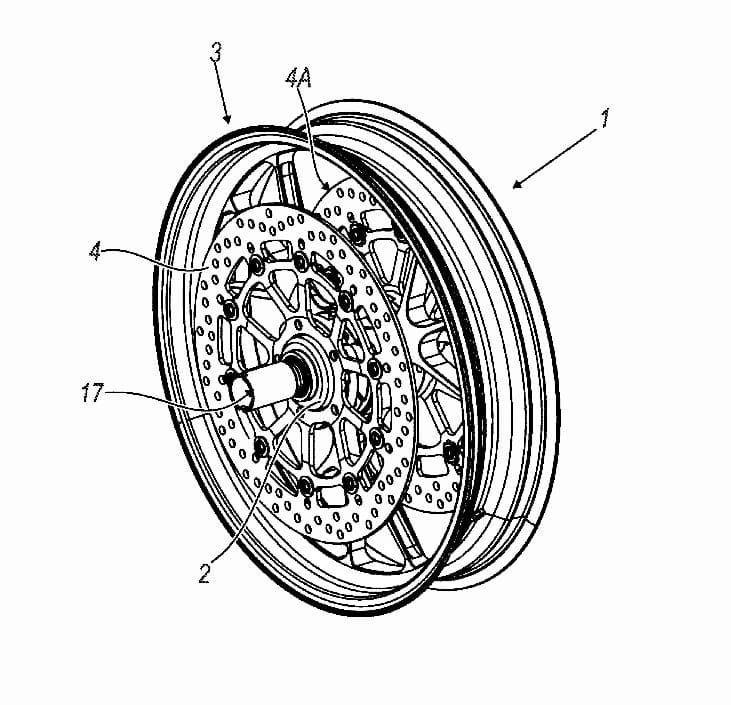 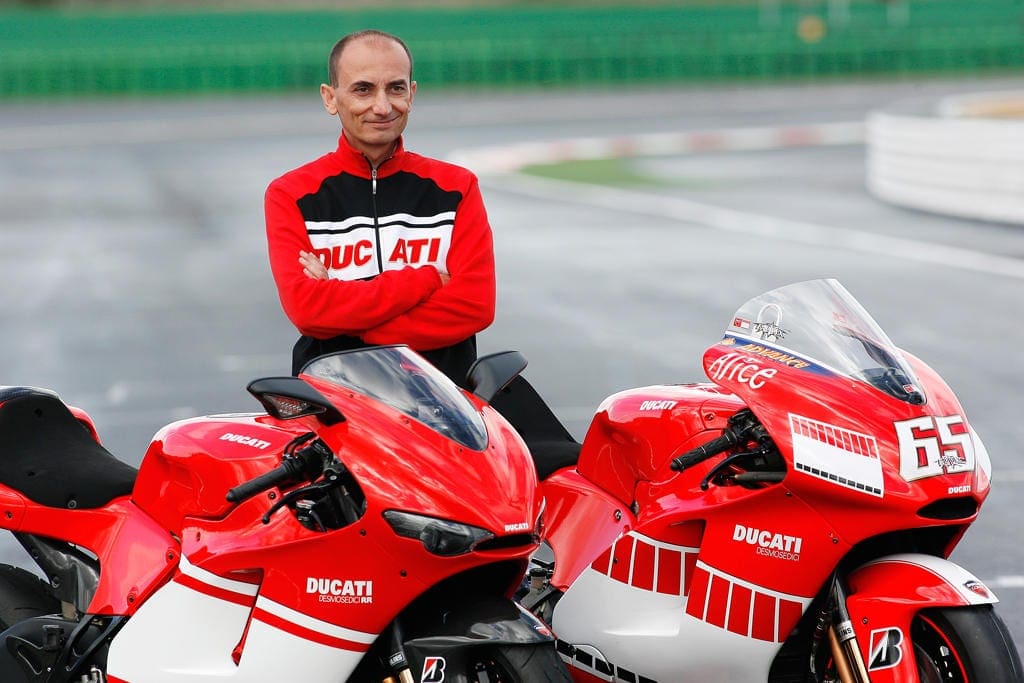 Claudio Domenicali – the CEO of Ducati and the man behind this latest invention for curing handling issues at extreme angles of lean. Clever bloke.

The designs look pretty radical but have been filed for Ducati with patent offices across Europe, the USA and China. The drawings show a wheel with what’s described as an ‘elastically yielding material’ fitted inside the cast elements of the hub and spokes. That’s the bit shown as shaded areas in the drawing below. 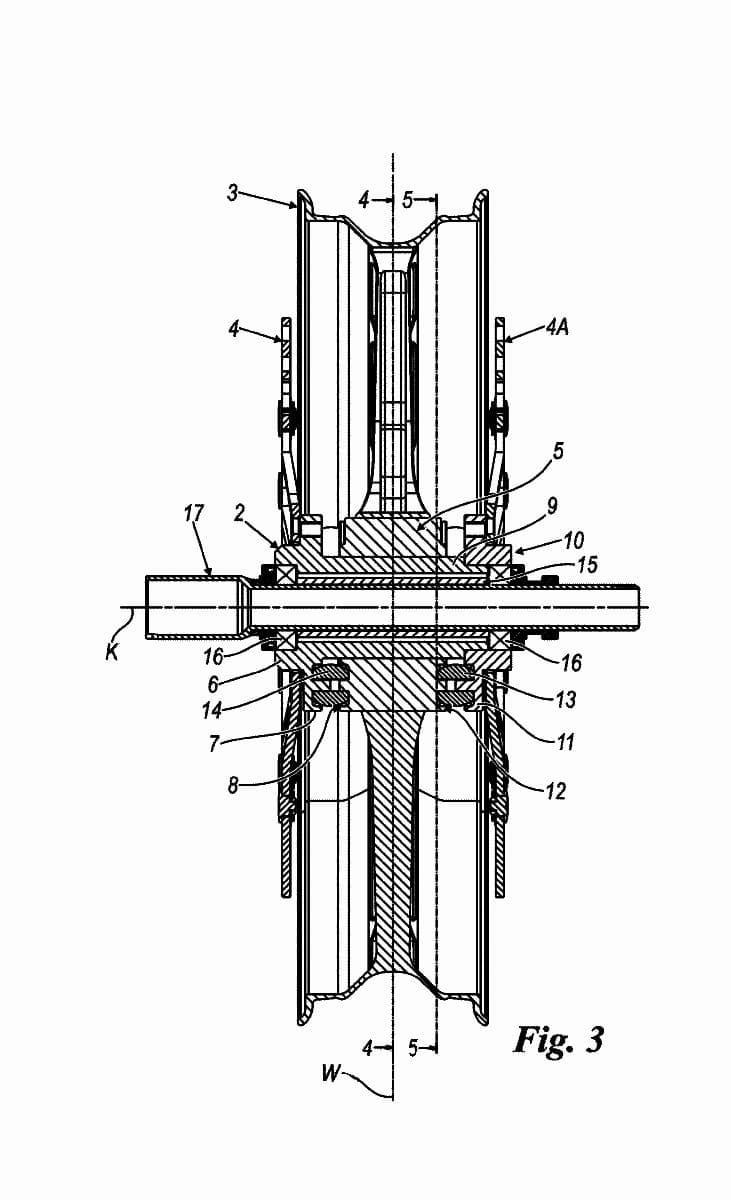 The material effectively sits inside the hub and extends up and into the spokes. This rubberised (OK, it’s unlikely to be just a rubberised material, but it will be something like a rubber in a similar way to how Moto Guzzi has already used a rubberised-type material to mount engines on with it’s 1400cc cruiser-based bikes) material is also attached to a thick central hub which is – in turn – fixed to a hard collar within which the bike’s usual metal axle sits, although the axle is longer than on a conventional bike’s set-up. The patent description doesn’t explain why the axle needs to be longer, but it makes sense if the bearings and shims needed to house a conventional metal axle to the new-material shock absorbing hub, and the hardened collar built into it, are in some way mounted to the outside of the centre of the invention. 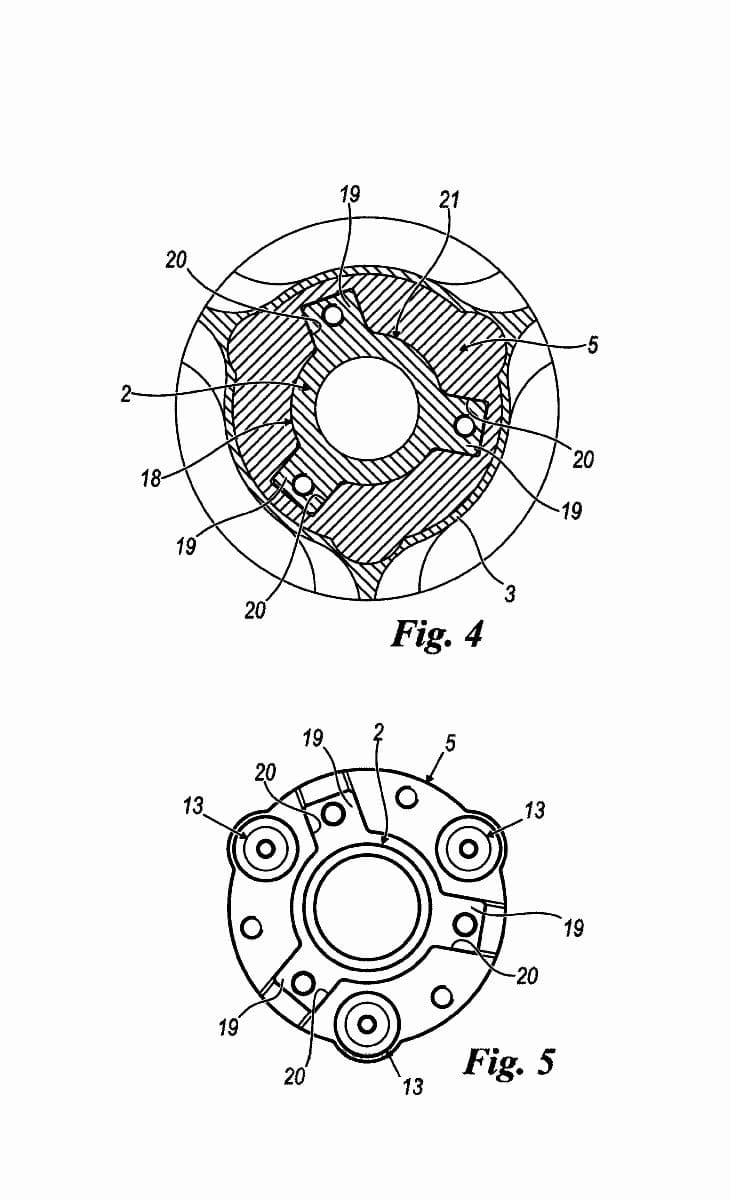 We could, however, be making that bit far more complex than it is in reality. Let’s forget about that bit for now and concentrate on what the invention focuses on.

What we do know is that Domenicali thinks that this solution will help cut chatter when a bike’s at serious lean angles. That is the primary reason for this system as laid out in the official invention’s description, to help cut the chattering feeling that comes from forces transferring from the road surface, through the wheel and in a direction of force that a motorcycle forks can’t get rid of. So because this invention’s description mentions the feeling of chatter at extremely high lean angles at pace it would appear that this is the next step forward in development for the sportsbike side of Ducati’s future.

Interesting stuff. And from the top man himself. 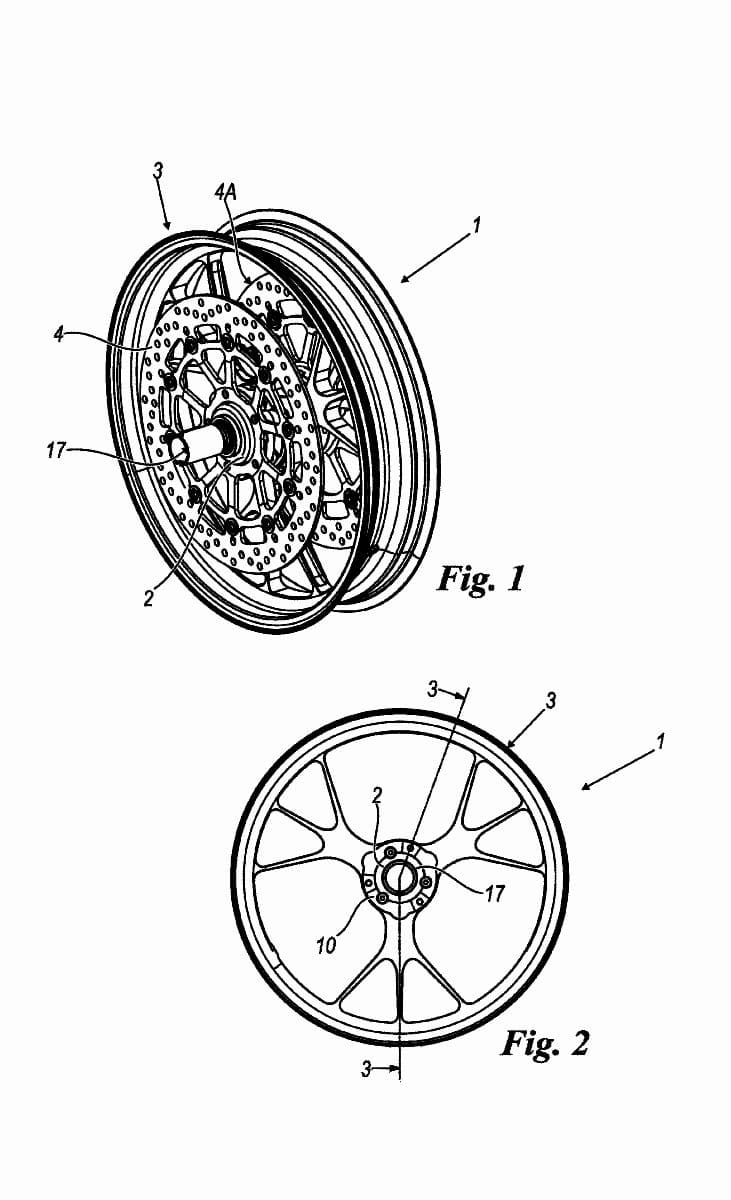