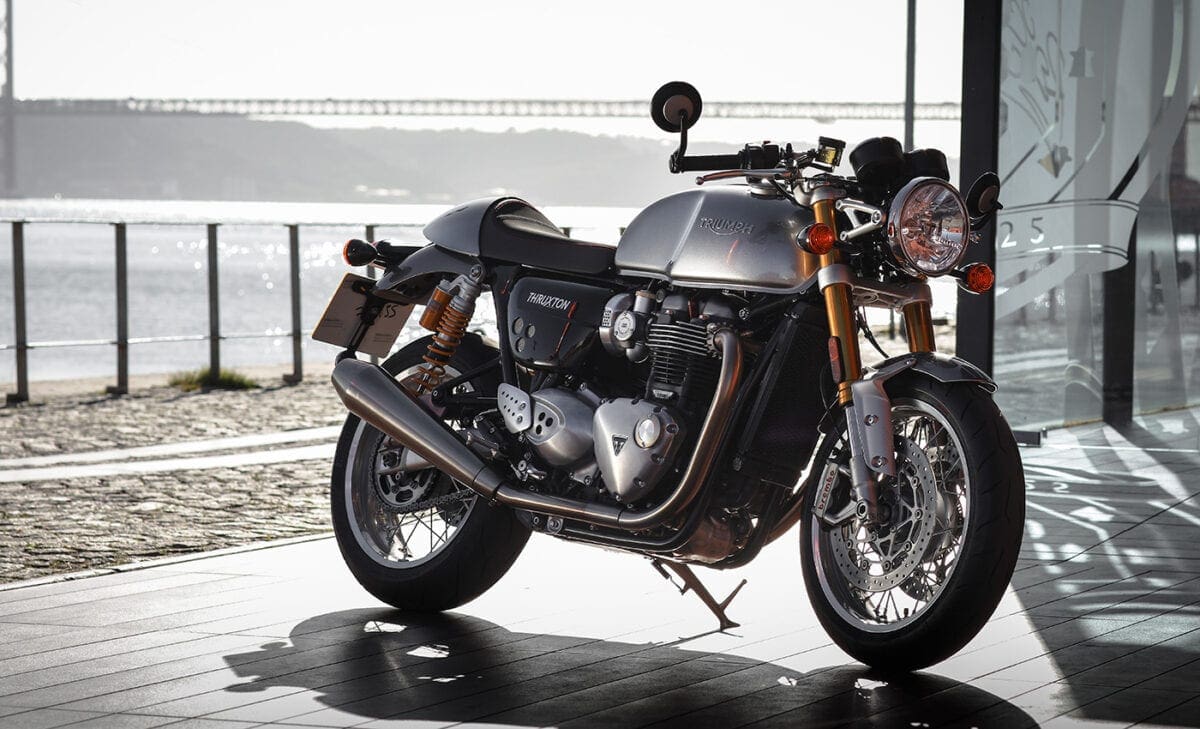 This is the 1200cc Thruxton, would you fancy something like this for less money and with a 900cc motor? Yeah,so would we!

Not content with smashing the marketplace in the rush to grab Thruxton and Thruxton Rs, Triumph is going to appear with a 900cc Speed Twin model – a mini-Thruxton for less cash – as part of its 2017 line-up.

The Hinckley-based firm has now filed trademark applications for the name ‘Speed Twin’, pointing to another slab of modern retro-styled goodness coming from the British firm.

MoreBikes has already shown you future plans from inside Triumph that covers the popular Street Triple range (we broke the story that Triumph is bringing out a Yamaha Tracer-style upright Street Triple to appeal to the more modern-biased sector of the market) and this latest news also shows that the company is now adding extra models to the hugely popular Street Twin, T120 Bonneville and Thruxton bikes.

So what will the Speed Twin be? It’s likely to be a more stripped-down version of the Street Twin, which seems reasonable. The Street Twin might feature heavily-retro styling but the bike is a much more modern and useable version of the recent Bonneville 900cc motorcycle.

With the new 900cc T100 Bonneville coming as part of the 2017 range it’s sensible for Triumph to turn out the Speed Twin using the same lump, think of it as a smaller Thruxton but with fewer electronics (a back to street-quick quick 1960s bikes, type of thing) – Triumph is very likely to launch the bike with a huge range of extras ready to go. This will continue the firm’s plan for ‘base’ versions of Triumphs to be bought by customers who then buy whatever they want from an official aftermarket range to change the basic bike however they see fit.

What do you think? Would you buy a more basic version of a Street Twin? Something along the lines of a mini-Thruxton but in 900cc form with limited electronics but great chassis parts?