The British Superbike Championship convoy rolls into Snetterton this weekend and with the teams having tested at the Norfolk venue last month, everyone should be able to hit the ground running and be on the pace immediately.

Leon Haslam (above) arrives at Snetterton as the Championship leader, a status he’ll be keen to continue, and having ended second overall at the official test around the 2.96-mile circuit in June, the JG Speedfit Kawasaki rider will be in confident mood. With three wins from the eight races held so far, it’s been the perfect UK return for the Derbyshire rider and podiums will be the least he expects from the weekend. 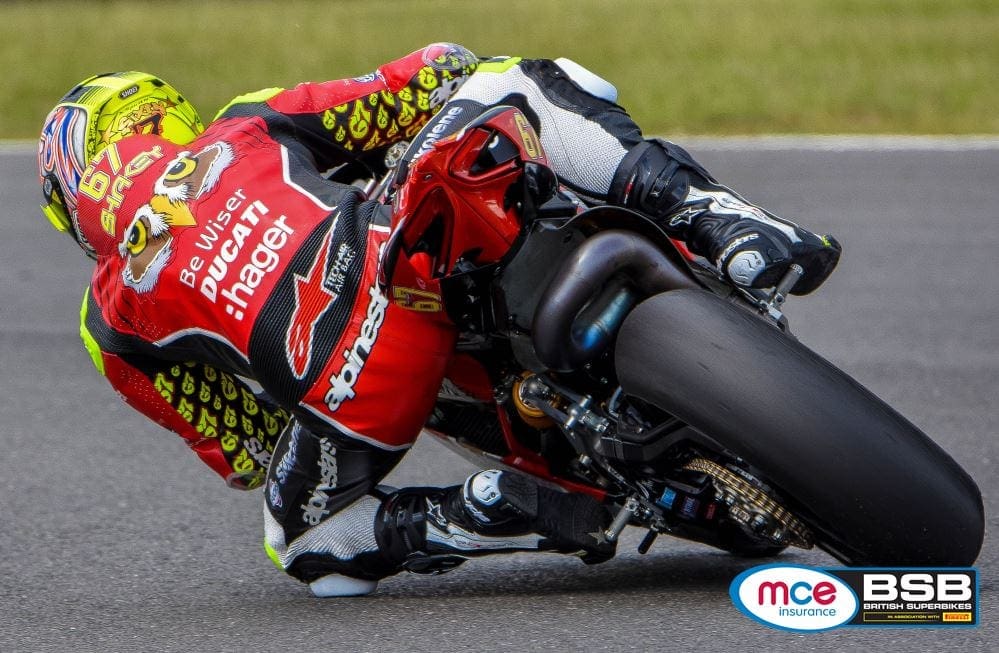 The chasing pack is led by Shane ‘Shakey’ Byrne (above) who continues to have ups and downs at each round but two wins have helped keep him within touching distance of Haslam. The PBM Be Wiser Ducati rider is expected to have some engine upgrades in time for the weekend which should help along the high speed straights of the Norfolk venue.

Despite having two lacklustre rounds, Christian Iddon is still in third place overall on the Tyco BMW but after taking four podiums in the first four rounds, he no longer looks like the title challenger he did. Just 22 points have been scored in the last four races so he needs a quick turnaround in fortunes.

The same applies to team-mate and first round winner Michael Laverty and the Ulsterman has now dropped out of the all-important top six Showdown positions. He topped the timesheets at the official test at Snetterton last month though so will be more than hopeful of getting back onto the podium this weekend.

Richard Cooper, James Ellison and Jason O’Halloran currently occupy fourth to sixth in the Championship table. Ellison’s three podiums have helped him move up to fifth whilst Cooper and O’Halloran continue to be the epitome of consistency.

Meanwhile, strong performances at Knockhill two weeks ago have allowed Peter Hickman and Dan Linfoot to close right in with Luke Mossey eager to take more podiums at his local circuit.