WSB preview: Round 9, Laguna Seca – the stats that matter 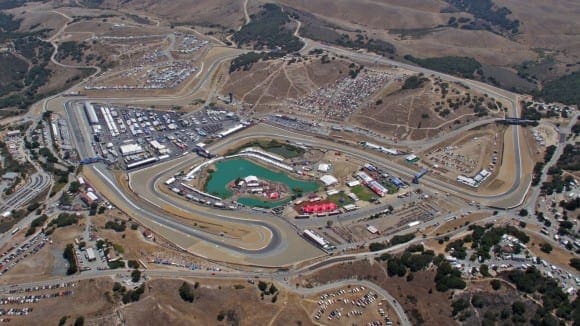 Ahead of this weekend’s WSB round at Laguna Seca, California here’s a vast stack of excellent stats to get your bike racing brain firing on all cylinders. Check out the amount of time that Tom Sykes appears in the important-stats list!

17 – A European rider won here for the first time after 16 races: it was Frankie Chili, in the first 2003 Race. Since then, the winds have changed and the only non-European rider who has won in Laguna Seca is Australian Chris Vermeulen, with a double in 2004.

12 – Ducati have won here 12 times: all its rivals combined 14. Honda represents the best of the rest with 5.

11 – Troy Corser is the rider with most podiums at this track, 11, followed by Ben Bostrom and Neil Hodgson at 6. Tom Sykes is just behind at 5.

9 – Australian riders are the most successful at this track with 9 wins, followed by the local riders at 7. Great Britain is on the rise as they have won the last three races here: the only string of three wins by only one country at this track. Last year Great Britain also locked out the podium in both races with Davies/Sykes/Rea.

7 – Ducati were the sole polesitters here in the first seven race weekends held at Laguna Seca (1995-2001). Colin Edwards broke the string in 2002, recording pole for Honda.

4 – Four riders share the honour of the highest number of wins at Laguna Seca: John Kocinski, Anthony Gobert, Troy Corser and Ben Bostrom, who won three races each here. Tom Sykes and Chaz Davies have a chance to reach them as they have both won twice. 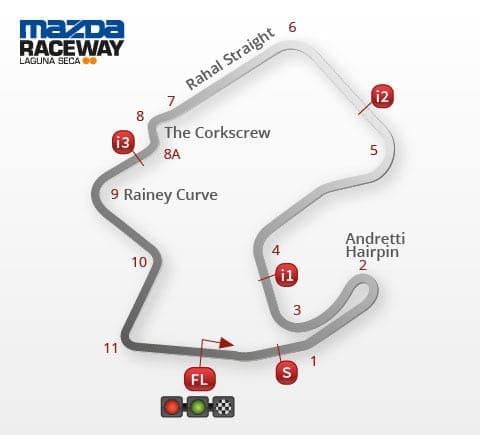 – Record sequence of races at the top of the Championship –

Jonathan Rea is recording the longest streak of races at the top of the Championship standings. He had a joint lead 42 races ago with Leon Haslam, and became the undisputed leader at Buriram last year. Since then, he has been the sole leader for 40 races – one behind Troy Bayliss as sole leader in 2001-2002, and 8 above Carl Fogarty (1994-1995).

Aprilia have won three times at Laguna Seca: with Troy Corser in Race 1, 2000, Eugene Laverty in Race 2, 2013 and Marco Melandri in 2014 Race 1. Their last podium here came two years ago with Sylvain Guintoli, who was second in Race 2. Last year Jordi Torres was the best Aprilia rider: he was able to start from the front row (his maiden front row start despite not having race on the track before) and was fifth and fourth in the races.

In their last six races at Laguna, Aprilia have always had a bike in the top 5 in every race, and of their seven race weekends at Laguna Seca, they have only failed to qualify in the top 5 on one occasion:  that was in 2000, when Troy Corser was seventh on the grid but nevertheless finished third in Race 1 and won Race 2.

12 wins and 35 podium placements make Ducati the most successful team in Laguna Seca: last year Chaz Davies dominated both races from pole (his maiden one). That was a great comeback for the Italian manufacturer, who only the year before suffered their worst weekend here – not scoring points in Race 2 for the first time in all their visits to Laguna Seca. Their rate of success at the track is so high that its only in 2013 and 2014 that they weren’t able to score podiums. In all the races run at Laguna, Ducati have always had a bike in the top four on the grid.

Honda is the second most successful manufacturer at Laguna Seca with five wins, the last ones coming in 2004 (a double by Chris Vermeulen). The last of their 14 podiums here came with a third by Rea in Race 2, 2014.

Last year, Kawasaki had to surrender to Chaz Davies at Laguna Seca: both their works riders, Sykes and Rea, finished second and third behind their countryman Davies. Kawasaki have won 4 times at Laguna and recorded a total of 13 podium finishes. Their last win came in Race 2, 2014 (Sykes). In the last six races run at the circuit, the best Kawasaki at the flag was always in the top four.

MV Agusta always finished in the points here: their results match those of Leon Camier. Last year Leon was tenth on the grid and came home tenth in both races.

Yamaha have climbed on the podium three times at Laguna Seca, with a win by Noriyuki Haga in 1998 and a first and a second by the same Haga in 2000. The last rider in the points for Yamaha at Laguna Seca was privateer Horst Saiger (Life Haus Racing Team), who was came fourteenth twice, in 2004.