Meet the 150bhp, 150kg Buell race bike made in Spain – Harley, you really SHOULD make this! 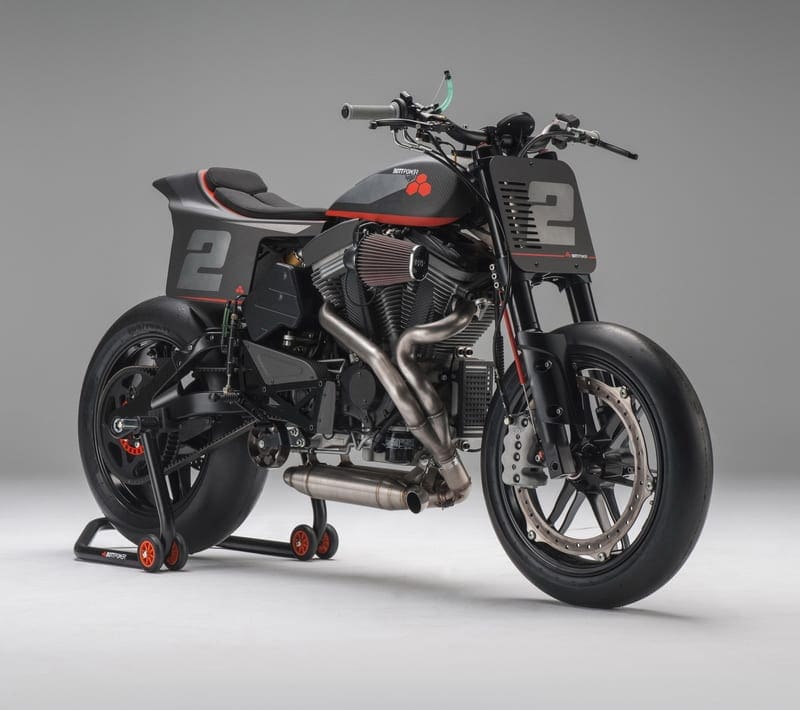 This extremely pretty thing is the BOTT XR1R, a Battle of the Twins bike made by Spanish engineer David Sanchez, the owner of the BottPower company. 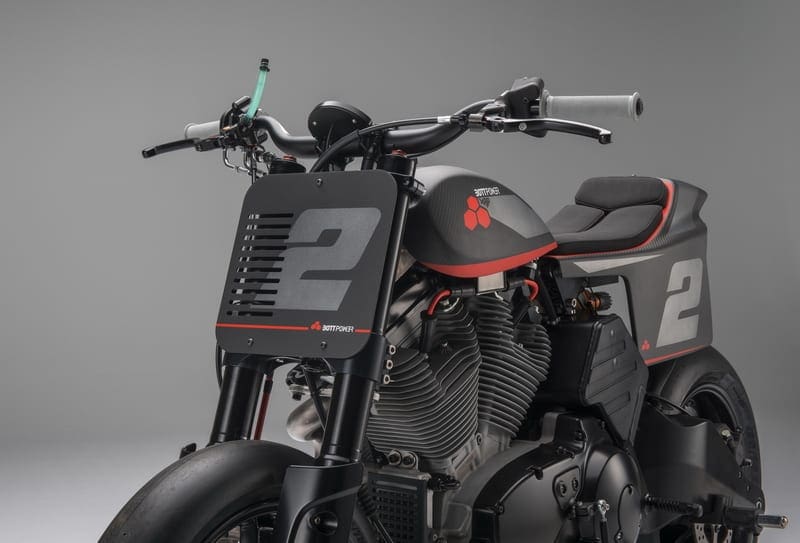 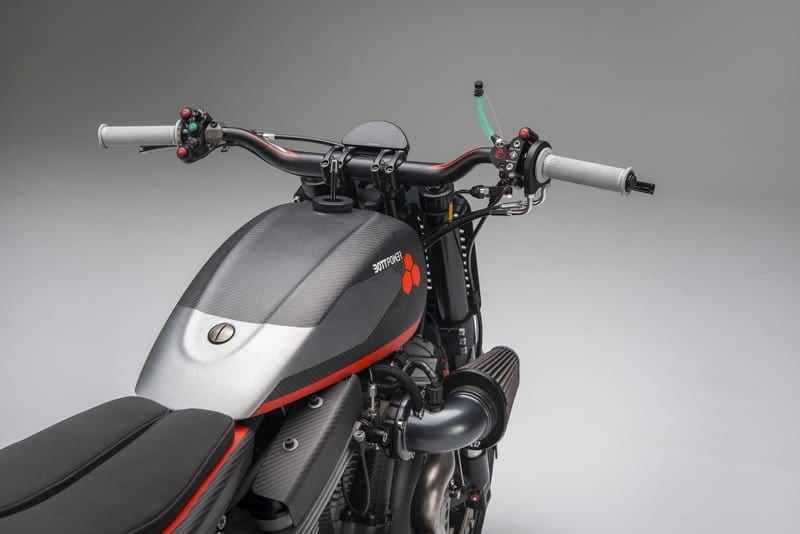 The Buell Thunderstorm V-twin-powered Pikes Peak racebike is an ‘almost’ finished project that has now been unveiled at its Barcelona base. Sanchez says that the bike is an ongoing ‘laboratory’ bike that’s being used as a rolling testbed to develop chassis and other parts for upcoming motorcycles. 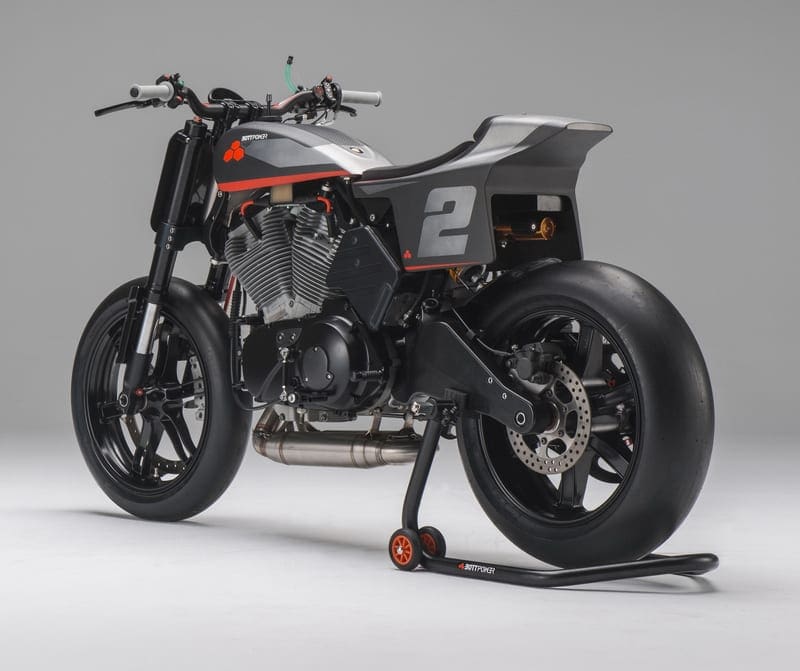 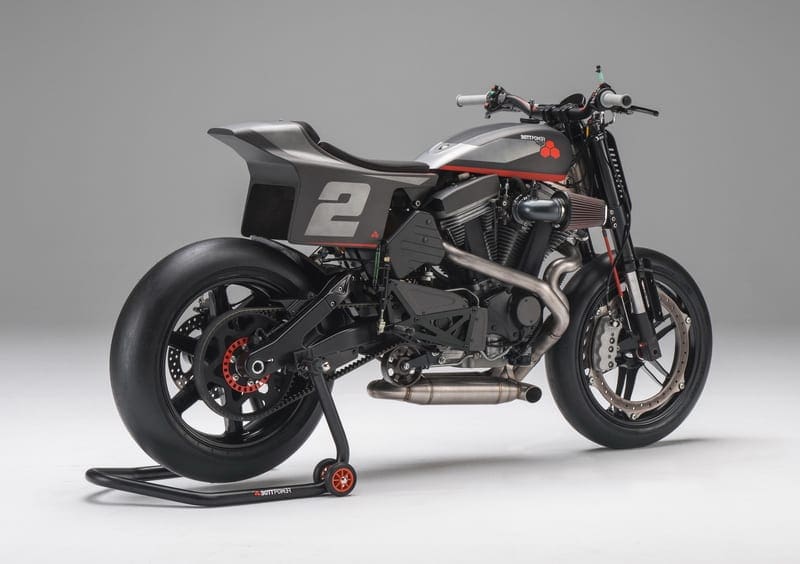 According to Sanchez, the bike gets a titanium (!?) frame and full-on electronics which include the EFI Euro4 compliant ECU. That electronic brain gives the rider adjustable traction control, launch control, three different engine maps and a pit lane speed limiter. Nice. 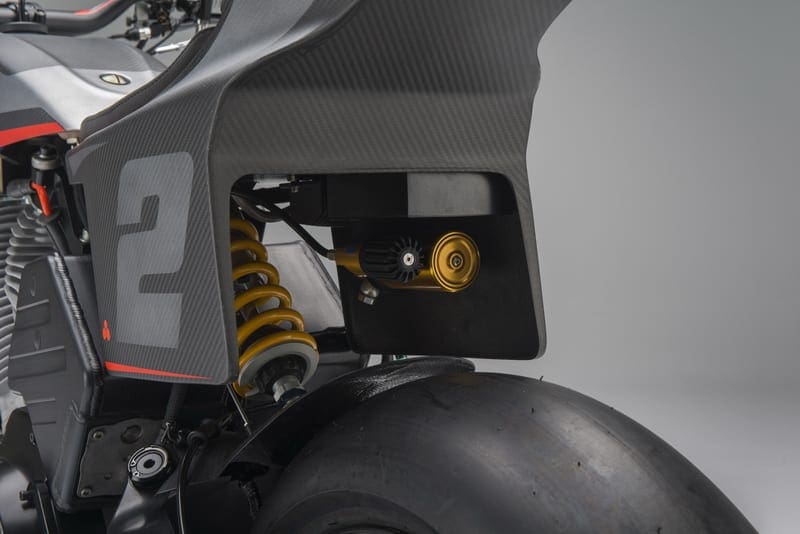 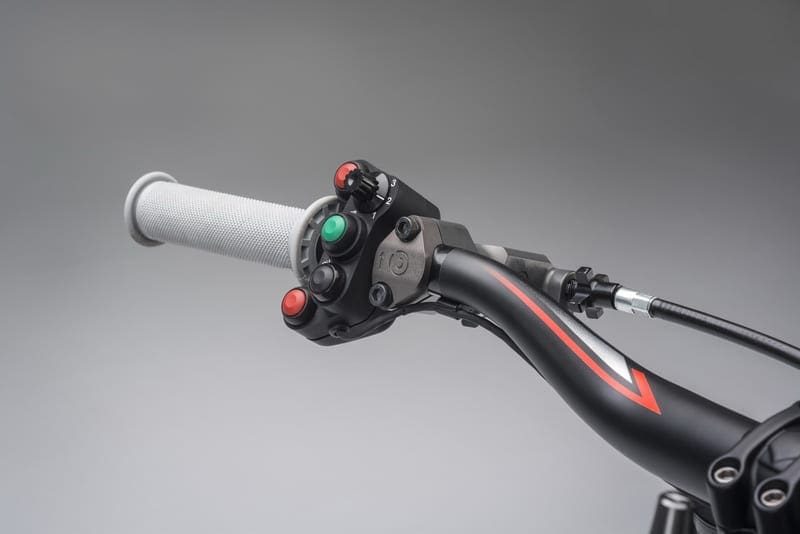 The system monitors the usual sorts of data from the bike (throttle, rpm, wheel speed, suspension travel, GPS position, temperature, brake pressure etc) but also keeps a digital eye on things like stress points in the frame and various chassis elements. The test program is in place to work out the benefits under on-track duress of the titanium frame compared to a steel version. 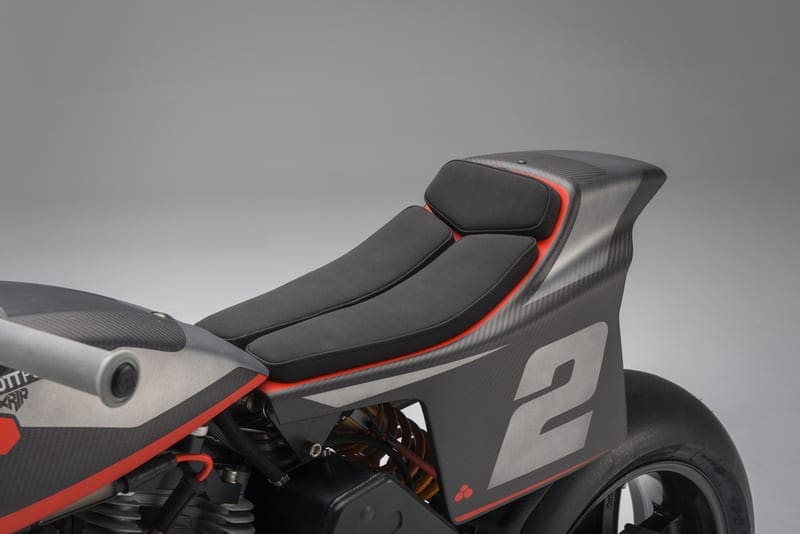 The radiator has been moved from behind the front number plate on an earlier version of the bike, to now be placed lower down in front of the engine. Gone also is the bike’s starter motor which has shed a further 8kg from the motorcycle. 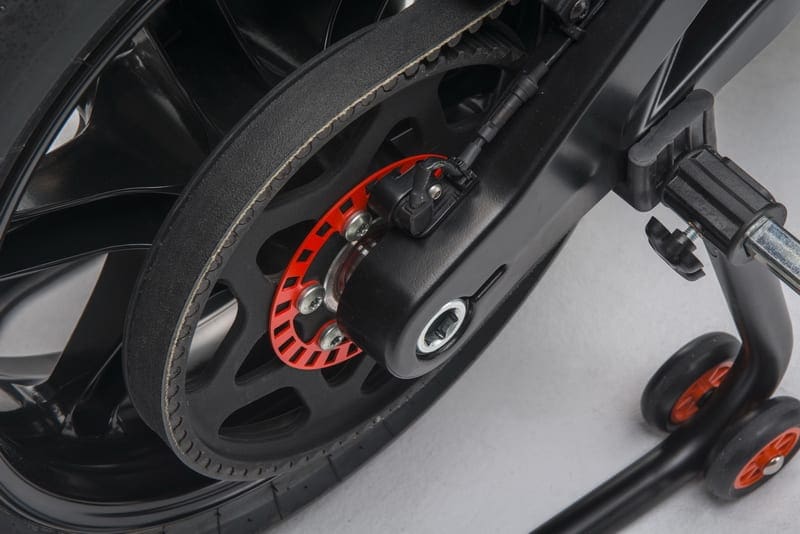 BottPower plans to race the bike in the 2017 Pikes Peak race but it won’t be able to use the titanium frame because it isn’t allowed by the tech rules. However, the company says that the race bike WILL make more than 150bhp and will weight in at less than 150kg. Quite a Harley race bike…