Tom Sykes has taken victory in Race 2 at Mazda Raceway Laguna Seca, heading the Ducati duo of Davide Giugliano and Chaz Davies over the line. 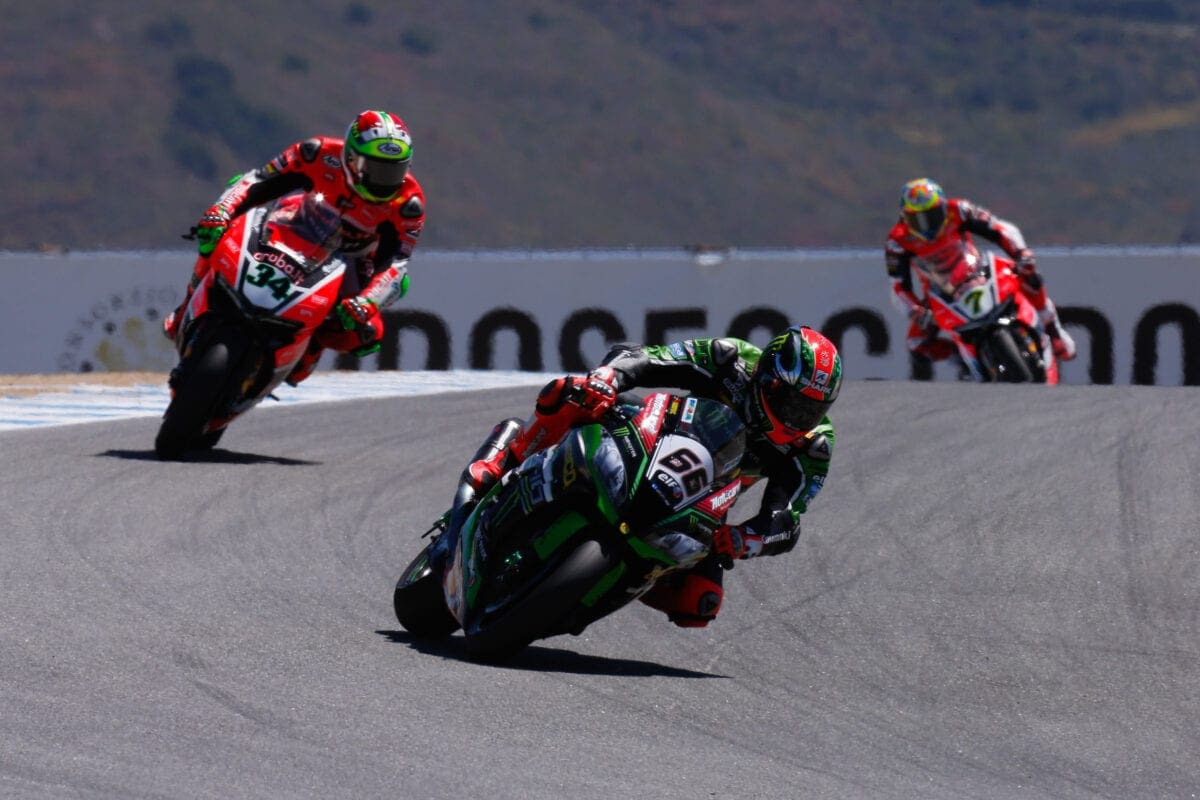 With a slight wheelie off the line from Jonathan Rea alongside, KRT rider Tom Sykes kept the lead from pole as Davide Giugliano benefitted from P3 and slotted in behind the Yorkshireman; Chaz Davies and Nicky Hayden the closest challengers behind.

The first few laps of the Race saw Michael van der Mark a high profile casualty, with the impressive Dutchman running on and losing control of his Honda before rejoining down the field. Leon Camier then shortly suffered a technical problem that saw the MV Agusta Reparto Corse rider forced to retire, followed by IodaRacing rider Alex De Angelis.

Giugliano took the lead on Lap 3, with the two Aruba.it Ducatis sandwiching the KRT pairing of Sykes and Rea, before a fall for Pawel Szkopek brought out the Red Flag. With the restarted Race set for 21 laps, the quick restart procedure soon saw bikes back on track, with Giugliano on pole for the restart from Sykes and Rea, with van der Mark able to restart, but from the final row.

The Italian lost the lead off the line to Sykes, before standing the Yorkshireman up and taking it back, with Hayden able to take Rea and move himself up into P3. The reigning Champion fought back however, and set off to hunt down the leading duo. Lorenzo Savadori was a high profile casualty soon after, as the impressive Italian rookie lost his Aprilia and crashed out on lap 3.

An incredible tussle down the Corkscrew then saw the Kawasaki duo attack Giugliano and fight it out, before a lap later Jonathan Rea went wide at Turn 6 and ran on – out of the frontrunning battle as he then stopped on track with a technical problem.

The lead trio of Sykes, Giugliano and Davies ahead and away, a six bike train of Hayden, Forés, Lowes, Torres, van der Mark and Canepa battled over P4, with positions swapping and the Corkscrew hosting another classic moment as Forés took the inside line after running a little deep, and Hayden refused to be overtaken.

An three-way fight for the win ensued with the two Ducatis fighting it out in a modern classic behind Sykes as the laps ticked down, with the Yorkshireman standing firm in the face of incredible pressure from the two red machines behind. As the three crossed the line almost together after the incredible fight, last corner drama ensued for those behind, with Alex Lowes trying to take teammate Niccolo Canepa and sending both off – with Canepa able to at least see the line quickly.

Forés came home P4 for Barni Racing, ahead of home hero Nicky Hayden in P5, with Torres on the Althea BMW in P6. Michael van der Mark staged an incredible comeback to cross the line seventh, ahead of Pata Yamaha’s Niccolo Canepa as the Italian managed to shoot over the line after the interruption. Anthony West was ninth for Pedercini, ahead of Roman Ramos who completed the top ten for GO EVELEN.

WorldSBK now heads into the summer break, before the grid get back on track at Lausitzring in September for the final four-Round showdown of the 2016 MOTUL FIM Superbike World Championship. 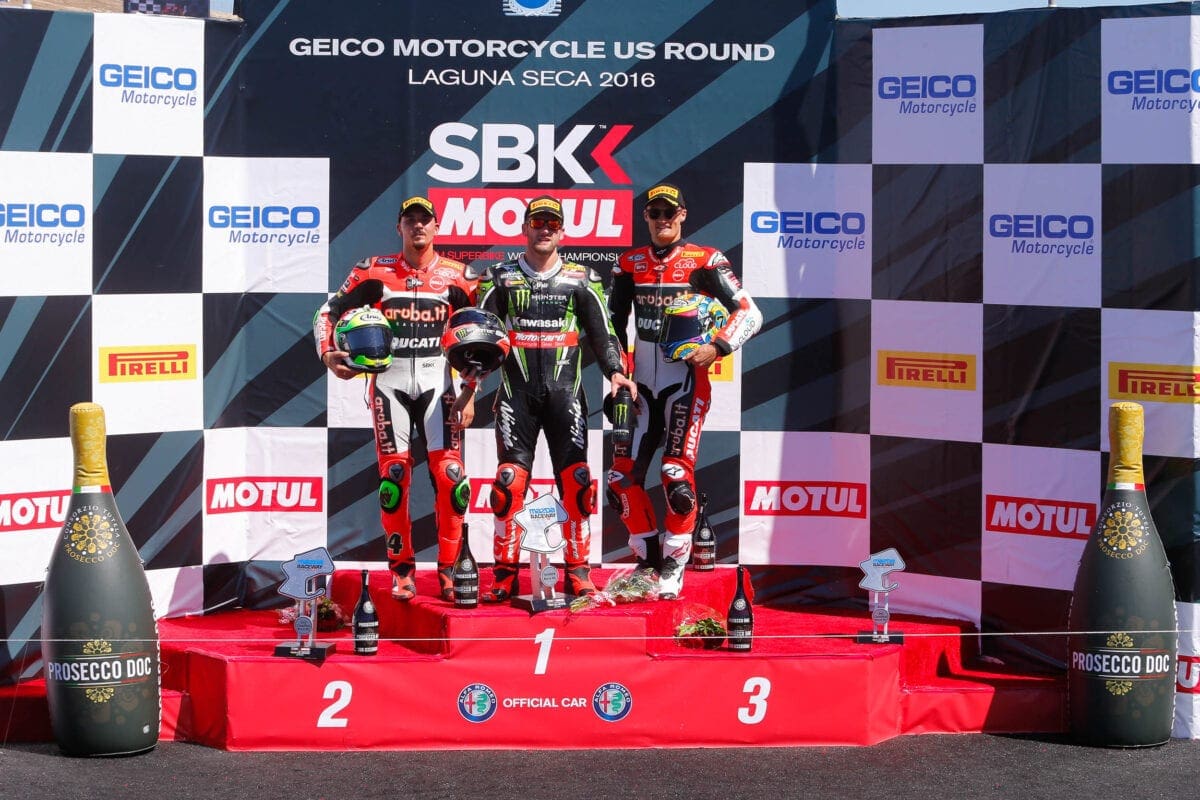