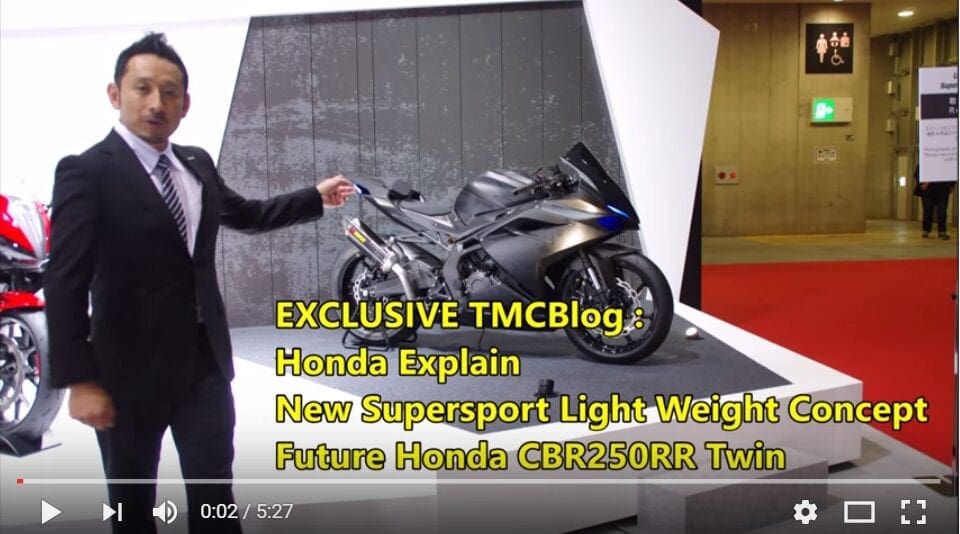 Yesterday we brought you the first look at the Honda teaser video of the upcoming CBR250RR, the 2017 bike that will be officially unveiled later this year at EICMA.

Today, we’ve been sent this video which was shot by the excellent Taufik for his website TMCBlog in Indonesia.

Basically, Taufik was at the Indonesian show last year (when the video was made), saw what was then billed as the Honda Light Weight Supersport Concept and grabbed a Honda top bod (non-other than Mr Kenji Tamura, Principal Designer for Motorcycle Design, Honda R&D) to talk him around the project.

What he got was pretty much gold, and we love this video – not only because the Honda bod really goes into detail about the bike (which, as we’ve been saying for a while, is going to appear in this guise – it’s real and will be here real soon. Real, OK?) but also because the sheer joy from Taufik about almost every aspect of the motorcycle will almost definitely put a smile on your face.