So it looks like Johann Zarco, one of the darlings of the Moto2 class and the reigning champion, will end up on a Tech 3 Yamaha for 2017. That’s the story that’s going around the paddock (despite it seeming an odd route given that he’s been so closely associated with Suzuki recently, even testing the MotoGP bike).

Here’s what’s happened. Zarco has signed with Suzuki to contest the Suzuki 8-hour race in Japan. As part of that deal he has also been out in action during a private test on the Suzuki MotoGP machine (as the pictures show). Zarco’s deal means that he can’t talk to anyone else whilst he was in the frame for a main-team Suzuki MotoGP ride – or even a first-tier customer team place in a satellite squad. But now given that Suzuki is going to feature Andrea Iannone and Alex Rins for next year, and the chances of that customer bike decreasing rapidly, it looks likely that Zarco is heading elsewhere. 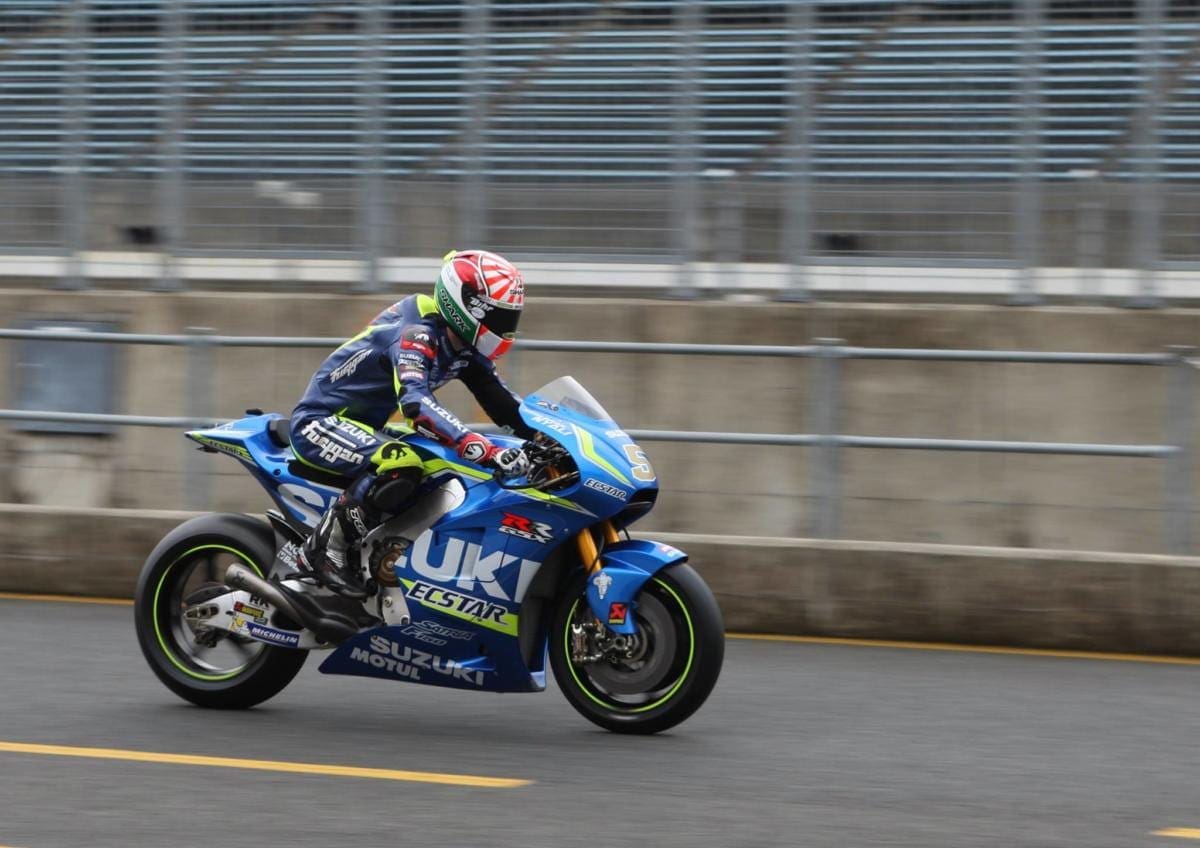 And fanning those flames of Tech 3 and the Yamahas is none other than Tech 3 boss Herve Poncharal. Speaking to French press today the man who’s looked after the black and yellow bikes in the premier class said this: “Zarco at Tech 3 is an exciting project, something I have dreamed for a while.

“There is a strong desire to work with him, and this desire is shared. Johann is initially a rider who achieved a superb 2015 season, a rider who clinched the Moto2 world champion with class and is now in a position to achieve what no rider has ever done in that class and win two titles in a row, it would indeed exceptional.

“Along with this, Johann is French, and everyone knows that Tech 3 is a team that wrote the most beautiful pages of its history with the French riders. We started our adventure with Dominique Sarron, we won our only title with world champion Olivier Jacque and we lived great moments with Jean-Philippe Ruggia.

“In France, the bike does not have the place it deserves. Zarco is the largest current French talent, we are the only French structure present in MotoGP. In any case, the number of messages we receive about this is already causing a real buzz on social networks, we see that this is already vibrating the tricolor fans of MotoGP. “

Sounds like a done deal to us. Zarco on a Tech 3 then.