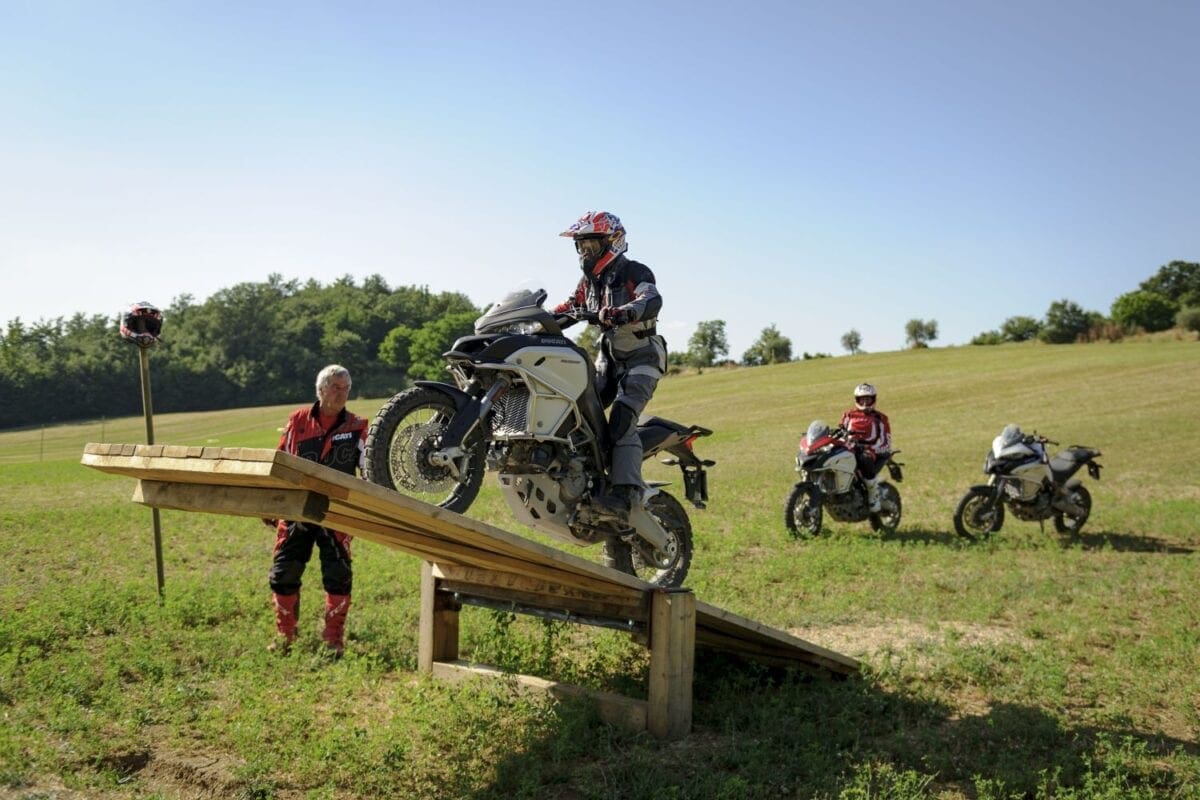 After riding the new Ducati Multistrada 1200 Enduro on the hillsides around Bologna, Casey Stoner decided to take part in the DRE Enduro at the new off-road riding school from Ducati.
Following the 2016 World Ducati Week and its mass of fans (81,000 attendees from all over the world) Stoner spent a couple of days at Castello di Nipozzano, not far from Florence, where the new Ducati riding school has its base.
DRE Enduro is the Ducati off-road riding course which provides anyone with the desire to use their motorcycle to discover new horizons with the opportunity to acquire all the necessary skills and know-how.
The two-time MotoGP world champion followed the programme organised by Beppe Gualini, a widely experienced former Dakar rider and current technical director of DRE Enduro. The programme included two days of off-road riding in one of the most beautiful and exclusive areas of Tuscany, alternating exercises and extreme-situation simulations with pleasant motorcycle excursions or more technical marked-out practice routes.
“I don’t have words to explain my weekend, it’s been awesome”, said Casey at the end of his stay at Nipozzano. “The Frescobaldi family estate is really something special and it’s so beautiful to look out of the hotel window over most of Tuscany. It’s a perfect place for a riding experience like the DRE Enduro.” 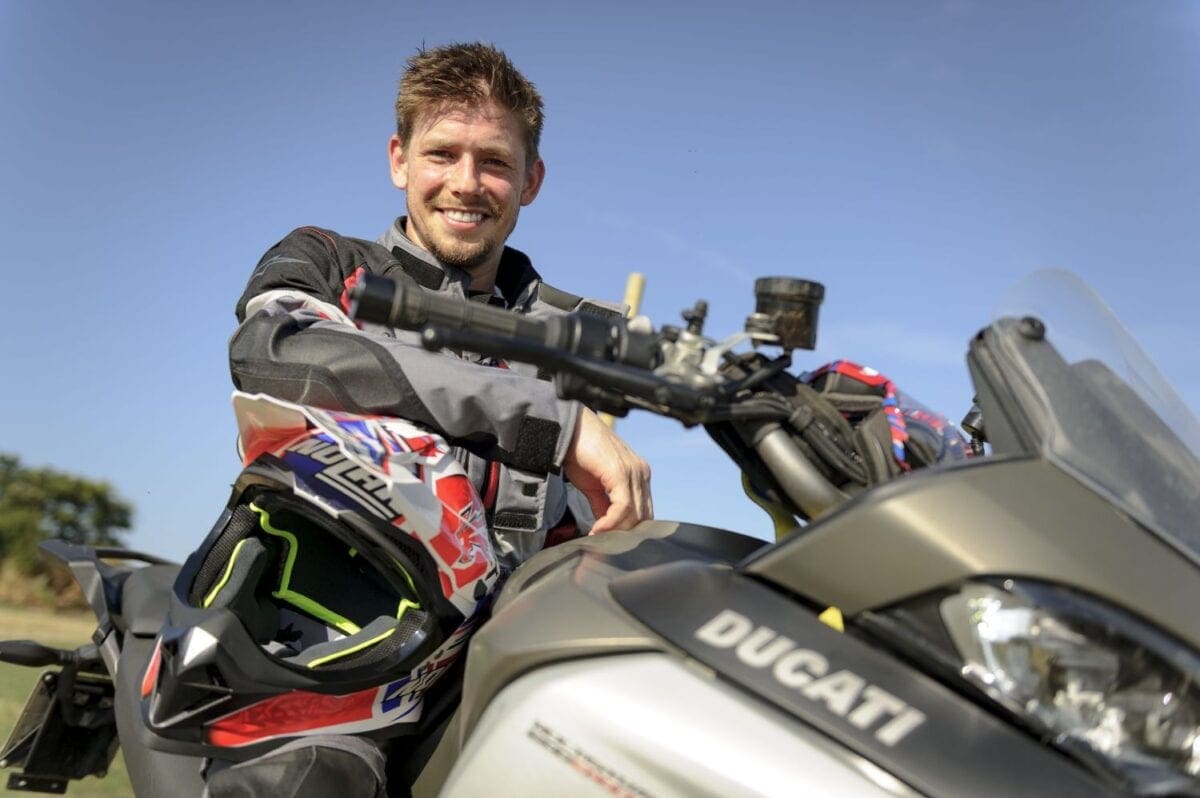 “Basically you can’t really explain to people how good this bike is, you just have to experience it. I’ve spent enough time on dirt-bikes in my life and riding such a big bike like the Multistrada 1200 Enduro can be a little bit daunting at first, but after a couple of hours on the bike I was already very comfortable, and then I realized that you can basically go wherever you want to. It’s fun and you can really go out into the bush with the bike and enjoy it for the day. Riding through the hills of Tuscany is amazing: you just can’t believe what you are doing with the bike and where you are riding. It makes the experience so much better, and off-road I believe this bike is second to none.
“You are always cautious in the beginning with bikes as big as this, but both Beppe Gualini and Andrea Rossi (DRE instructor and one of the testers who developed the Multistrada 1200 Enduro) have been fantastic in making the transition a little easier, giving me a few pointers to ride the Multistrada. I started to push pretty hard in the end and everything I did the bike responded and said to me to go another level. You couldn’t reach the limit of the bike in the trails and although some of them got very steep and rocky, the bike never lost its footing and it felt safe over every obstacle. This bike is truly exceptional, very comfortable to ride and something very special.”