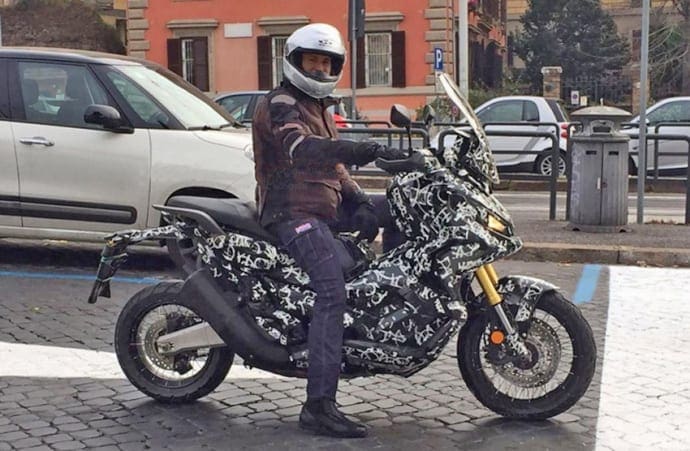 This picture of the Honda ADV City Adventure super scooter prototype out putting on the miles has appeared and gives us the best side-view yet of the bike that will be part of Honda’s 2017 line-up.

The bike, first shown at last year’s Milan show as a ‘concept’ bike (shown below) is effectively a Honda Integra underneath on jacked-up suspension parts and with a mid-Adventure bike type styling. The mile-munching prototype might be covered in camouflage stickers but it clearly looks very similar to the bike that was on show at the end of last year.

With a 745cc. 54bhp parallel-twin motor it might no sound like a lot of bike on paper, but the styling and overall chassis is designed to raise the rider’s viewpoint up so that blipping around busy cities is safer with increased observation amongst traffic. 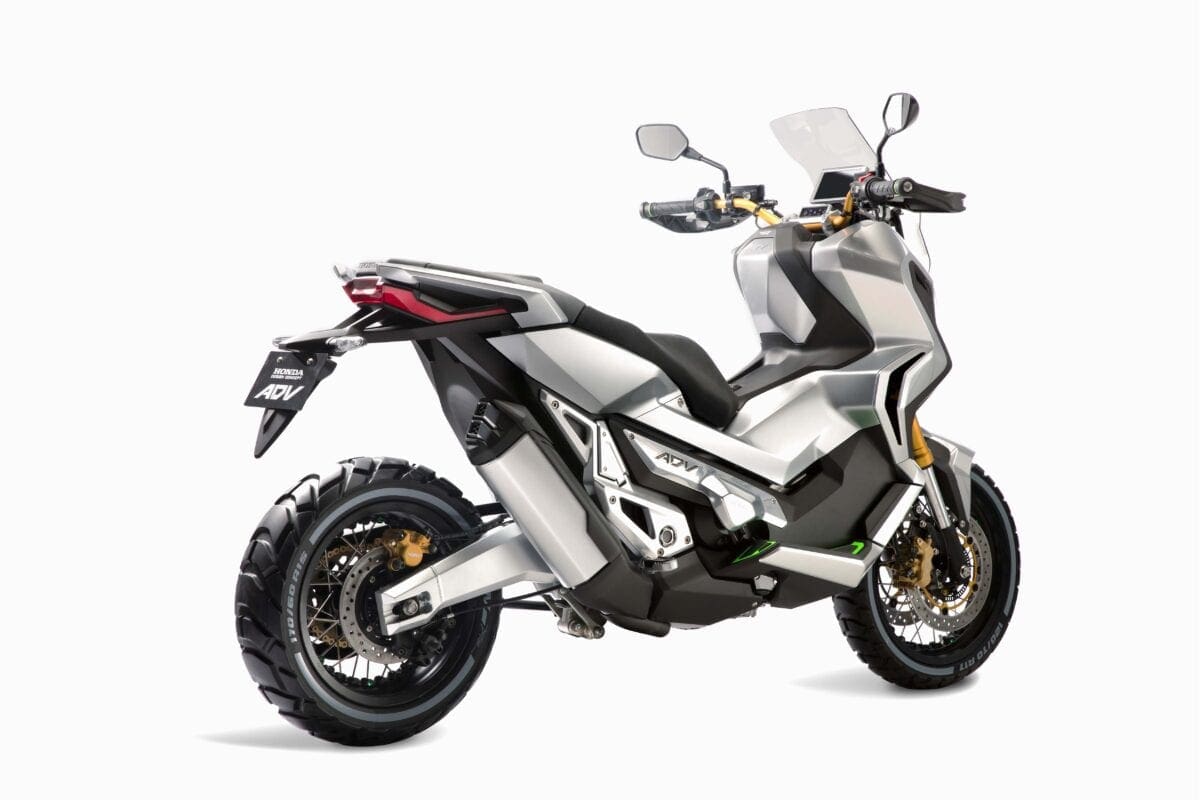 Tony Carter
Tony has been riding motorcycles for over 35 years and he's been a motorcycle writer for over 25 of those. He's ridden almost every motorcycle you can think of at most places around the world and he's partial to some racing, too. A Taurus, Tony doesn't believe in horoscopes (but then that's exactly what a Taurus would say!) but he does believe in Mandalorians and their right to earn a living.
<img src="https://ww