Japanese mag goes with updated images of H2GT, a Honda Grom 125 AND CBR250RR (which might be launched on Monday…) 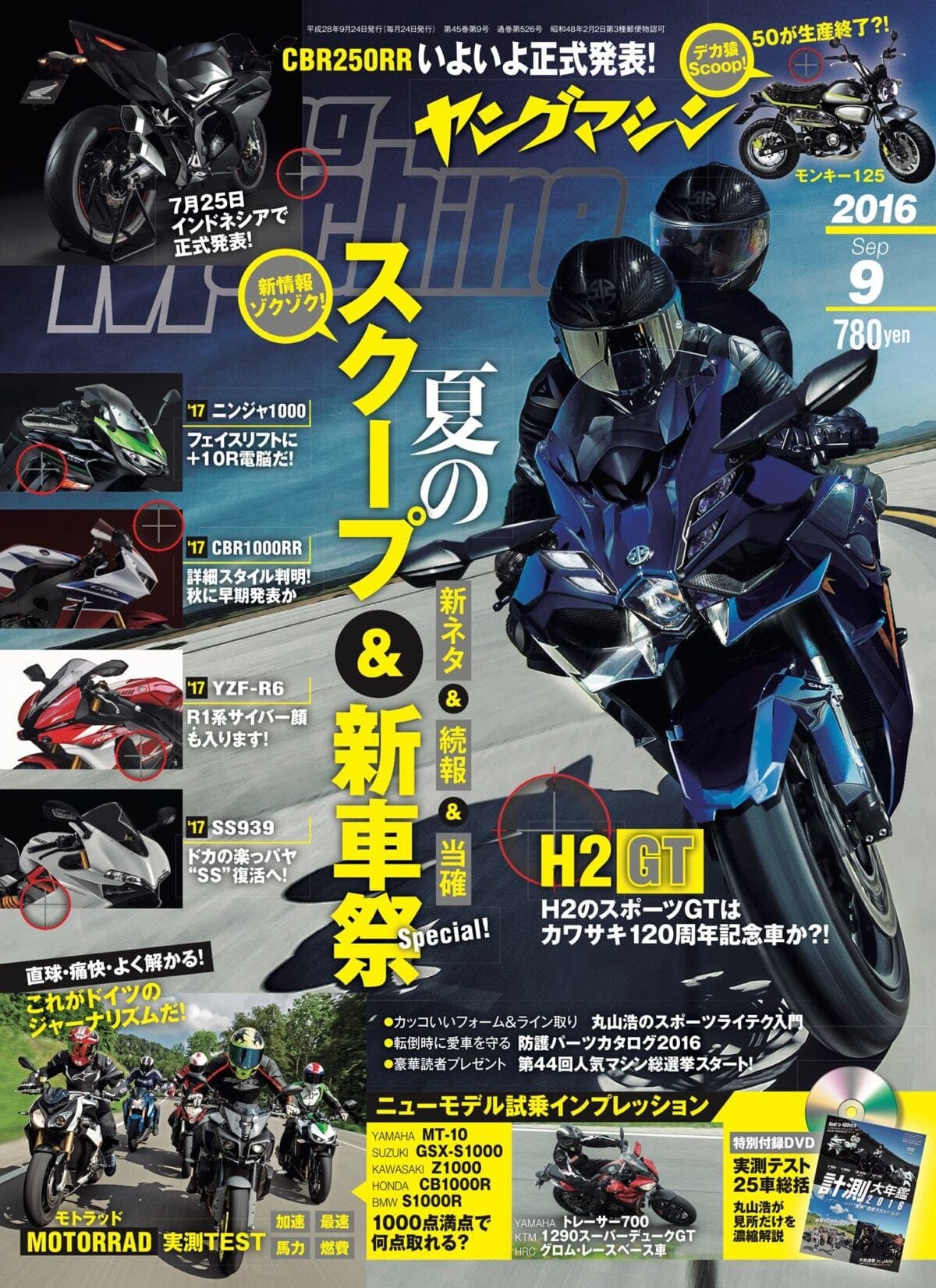 Check out this gorgeous cover of the Japanese motorcycle magazine YoungMachine which has just appeared with the much-awaited H2GT in full flight.

It’s a computer-generated image of the bike that will be part of Kawasaki’s 2017 line-up, we first told you about the bike back in February when insiders told us that the iconic hyperbike was getting made into a full-on GT mile-muncher. Since our story broke, the Japanese magazines have had a field day working up how it’ll look. Here’s a previous version of the GT by YoungMachine from a few months ago:

The lads at YoungMachine are also (naturally) going big on the upcoming Honda CBR250RR – which according to rumours coming out of Indonesia yesterday via TMCblog have the quarter-litre bike being launched by Astra Honda as early as the start of next week and will cost 60 million Indonesian Rupiah which equates to £3498 (but we’re not saying it’ll cost that much if it comes to the UK, that does seem really cheap) – YoungMachine is also claiming a scoop of a new Honda 125cc Grom monkey bike as part of that factory’s 2017 line-up.