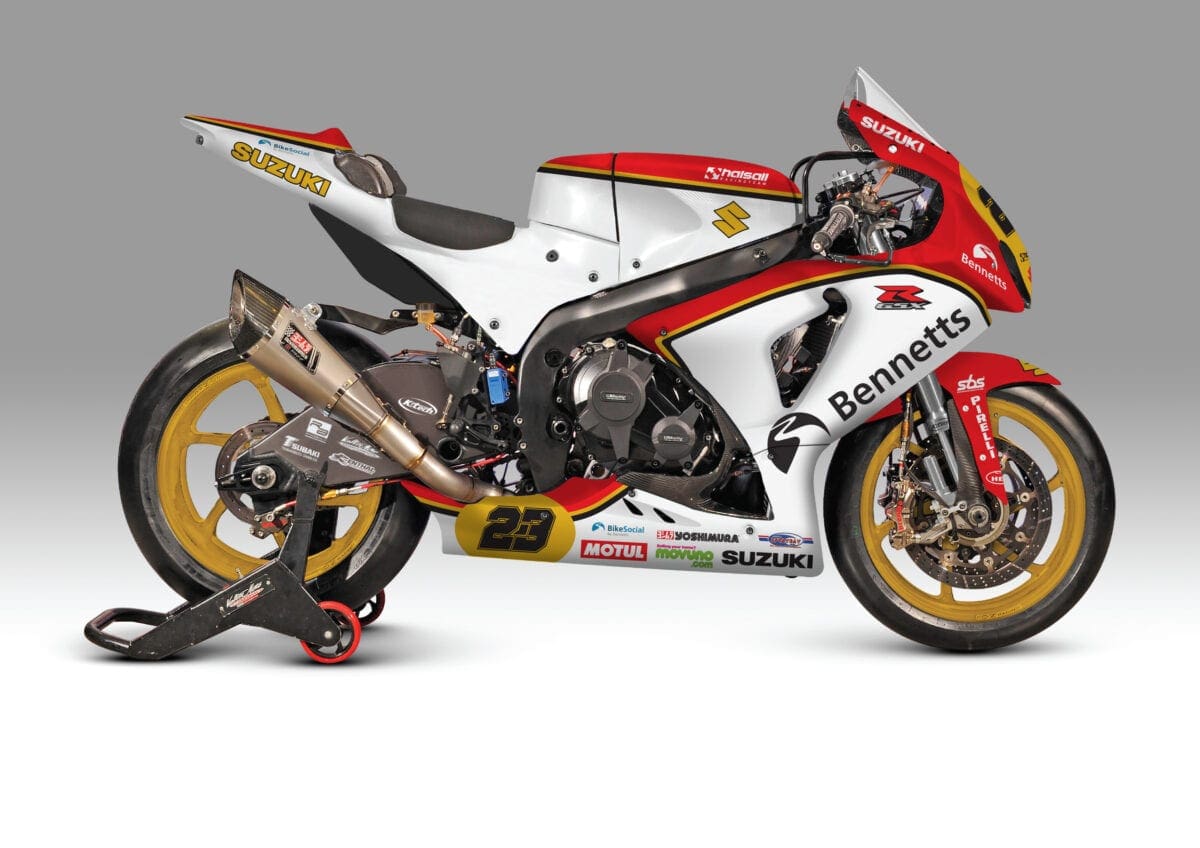 The Bennetts Suzuki team has revealed a special livery for this weekend’s MCE British Superbike round at Brands Hatch, which celebrates the 40th anniversary of Barry Sheene’s maiden world title.

Inspired by the famous livery of Sheene’s XR14 Suzuki, which he rode to world championship glory in 1976, the team’s GSX-R1000s will run in the famous Heron Suzuki colours at a circuit that Barry himself enjoyed great success at. The weekend at Brands Hatch also marks 40 years since Sheene won the last international Hutch 100 race, which raced anticlockwise around the Brands Hatch circuit.

Barry Sheene’s 1976 and 1977 world championship-winning bikes will also be on display over the course of the weekend.

Bennetts Suzuki Team Owner, Martin Halsall, said: “Barry Sheene was a hero of mine and the reason I got into bike racing. I remember lusting after Suzukis through the glass of the dealership in Bolton when I was younger, and I was really keen to come up with a way of doing something special this year to celebrate the 40th anniversary of his first world title. Having been such a fan, and having watched the bikes race in those colours in the ‘70s, it’s going to be really special to make this happen and see our bikes race in the same iconic livery.”

Tommy Bridewell is eager for a return to the podium at Brands Hatch, having made big steps forward with his Bennetts Suzuki after a positive outing at Thruxton and productive two-day test at Cadwell Park. His teammate, Ryuichi Kiyonari, is also confident of a good weekend, coming off the back of a strong showing at the Suzuka 8-hour where he finished sixth with Team Kagayama. The former champion was also on the pace at the Kentish circuit earlier in the season before suffering a broken collarbone, and is looking to make strides towards the podium this weekend.

Bridewell said: “We had two really good days at Cadwell. We continued our work on engine braking performance and our electronics strategy, and just continued to make progress in the direction we’ve been working in since Snetterton. I was surprised at how strong our lap times were for a test, so that’s given us a lot of confidence going into Brands Hatch this weekend. It’s going to be a privilege to roll down pit lane in the iconic livery too, and it’s fitting to do it 40 years since Barry Sheene won his first world title. It’s going to be great to showcase and celebrate an important part of the history of our sport.” 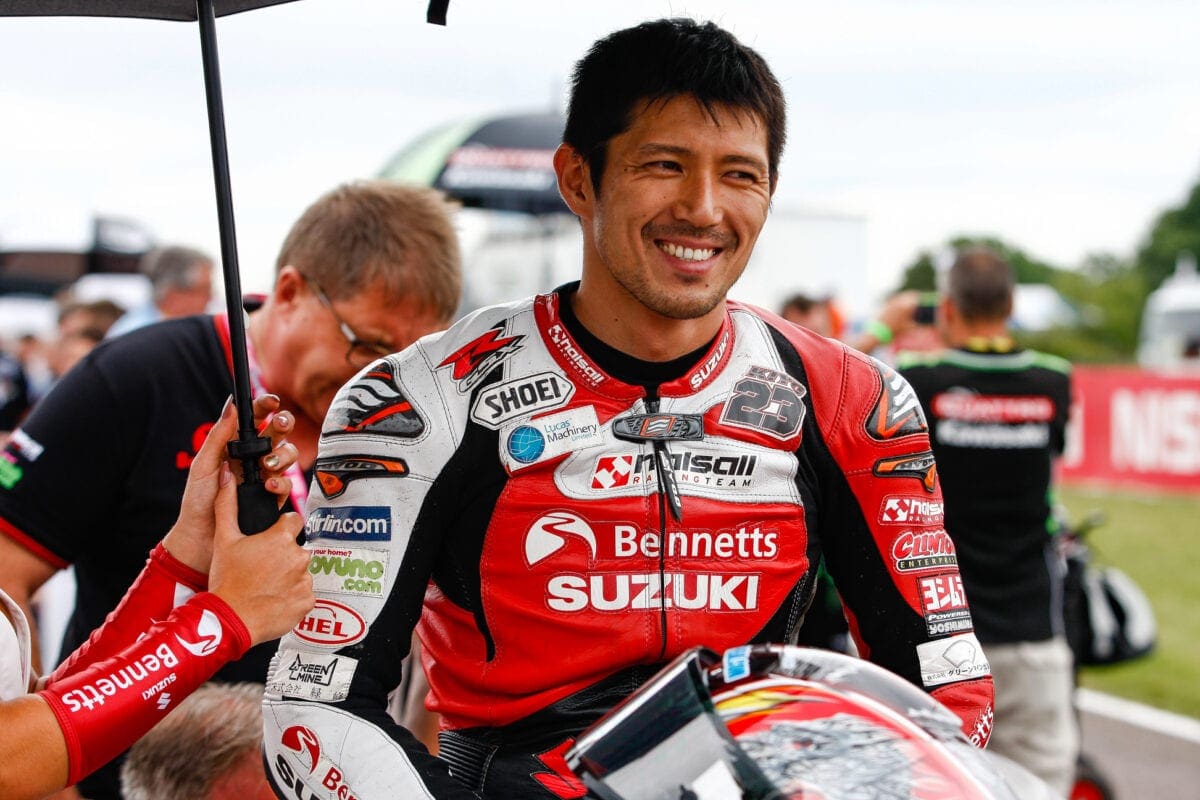 Ryuichi Kiyonari added: “Suzuka was good, and has given me lots of confidence coming into Brands Hatch. I led the race for 18 laps in Japan, and even though we had some issues, a top six finish has given me a good feeling for this weekend. We made some improvements to the bike at Thruxton, I was fast here earlier in the year, so hopefully we can have two good races. I’m also very excited to race in the colours that Suzuki and Barry Sheene raced in in the world championship. It will be very special.”