Video: Chasing down the bike bad boys with Brazil’s cops… 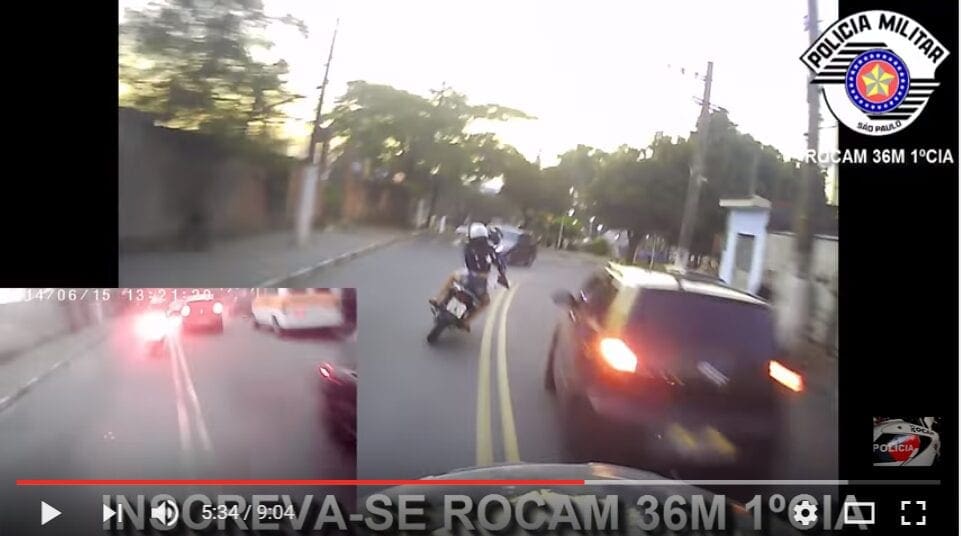 This is nine minutes of some of the most terrifying onboard footage we’ve seen – and it’s been posted by the Brazilian cops as – we think – some sort of self big-upping warning to bad boys in Brazil who fancy doing some Olympic blatting about on ratty roadsters.

We can’t be sure if we like the video’s style or hate it.

Maybe it’s the complete disregard for any sort of safety (either bad boy being chased, the cops who are waaaaay too excited by this sort of thing or the blind-corner-entry style of all involved) or maybe it’s the metal-soundtrack that the COPS themselves have put on the video… yep, there’s lots going on here that sits a bit off with us. Like the head-on into traffic by the bad boy. And the cops.

But that’s not to say that this isn’t a video that’ll have yer twitching in yer seat whilst you watch it. And stay with it until the end when the four or five cops deal with a minor bit of gobbyness by all instantly going for their guns…

CHiPS, this isn’t. But ahead of the Olympics it’s a bit of an eye opener from the local plod, especially if you fancy hiring a bike whilst over there. We don’t, by the way, the roads look rubbish. Here’s the video: