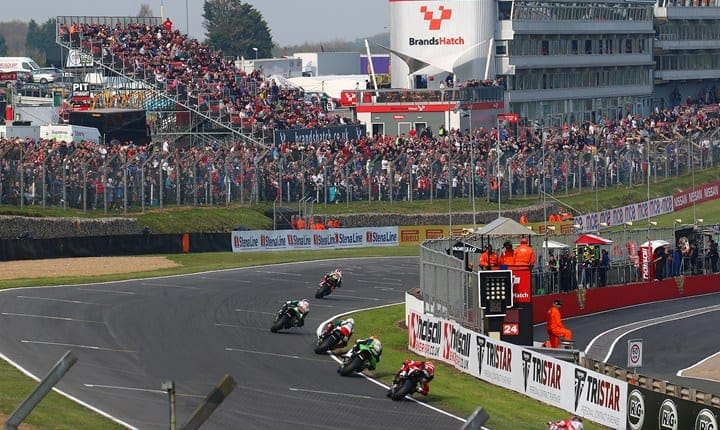 This weekend sees round seven of the 2016 MCE British Superbike Championship take place on the Brands Hatch GP circuit, also marking the start of the second half of the season. And whilst the top of the Championship table has a ring of familiarity about it, the story of the first six rounds has been anything but.

At the start of the season, if someone had said Shane Byrne and Leon Haslam would be lying in first and second overall after the first six rounds, you’d have more than likely nodded in agreement. Both have taken numerous wins and podiums, have the most podium credits and have a reasonable advantage to the man in third place, Jason O’Halloran, but both have endured ups and downs and it’s what’s making this year’s title race so exciting.

Byrne arrives at Brands in great form, with the Be Wiser Ducati Panigale seemingly now dialled into the British circuits, and with the Londoner’s track record around the GP circuit being exemplary, to say the least, he’ll be keen to stamp his authority over the Championship. Only a mechanical problem last time out at Thruxton prevented a perfect performance so he’ll be hoping for a double victory and nothing less.

Haslam, like many other riders, had a topsy-turvy time of things at Thruxton but Brands should see a more usual race weekend for all concerned and the JG Speedfit Kawasaki rider arrives fresh from a good second place at the Suzuka 8-Hours. He hasn’t won a race though since Knockhill in June and with Byrne already having ten more podium credits, he’ll wasn’t to redress the balance this weekend.

The form of O’Halloran and Honda Racing team-mate Dan Linfoot has been somewhat of a surprise but they’re both in the top six on merit and should again be in contention for the race wins this weekend. So too should Michael Laverty, the Ulsterman getting his season back on track at Thruxton with first and second on the Tyco BMW. He also won last year at Brands so will be hoping his good form continues.

Haslam’s team-mate James Ellison currently occupies the final Showdown spot in sixth overall and is someone who always goes well on the GP circuit so expect him to be well to the fore whilst there are plenty more riders desperate for points as they strive to get into the top six including Christian Iddon, Luke Mossey, Richard Cooper, Peter Hickman and Tommy Bridewell

Meanwhile, the ePayMe Yamaha duo of John Hopkins and Broc Parkes should also be on the pace with Hopkins making his return from injury and Parkes contesting the remainder of the series having replaced Stuart Easton