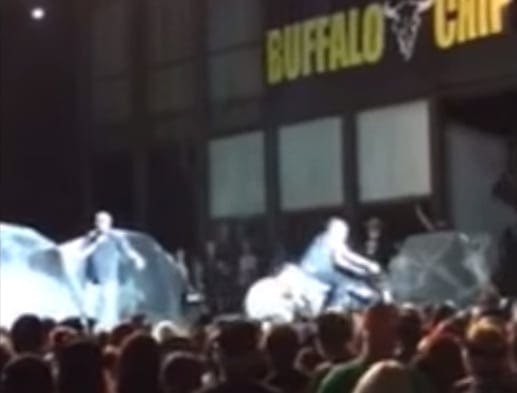 Here’s the video, taken by someone in the crowd at the event on Sunday – the quality isn’t that great but you can see the motorcycle ‘guru’ plunge off the edge of the stage:

It happen on Sunday night at the Buffalo Chip stage as Sands presented the custom FTR750 Scout Hooligan.

Sands rides the bike on stage, the announcer bigs it up by pointing out that the bike doesn’t have a front brake, then the USA bike building ‘legend’ rides straight off the edge of the stage and into the crowd.

Sands and the bike injured a reported four people in the crowd. The Hooligan custom (pictured below) is one of the bikes he built to race in the Super Hooligan Race in Las Vegas last November. 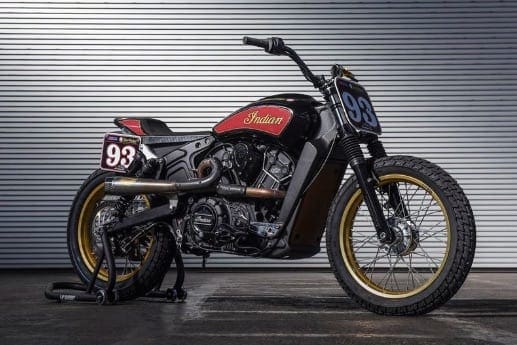