Guy Martin’s Land Speed Record attempt – here’s where it all sits so far and what they need to do to bag the title. 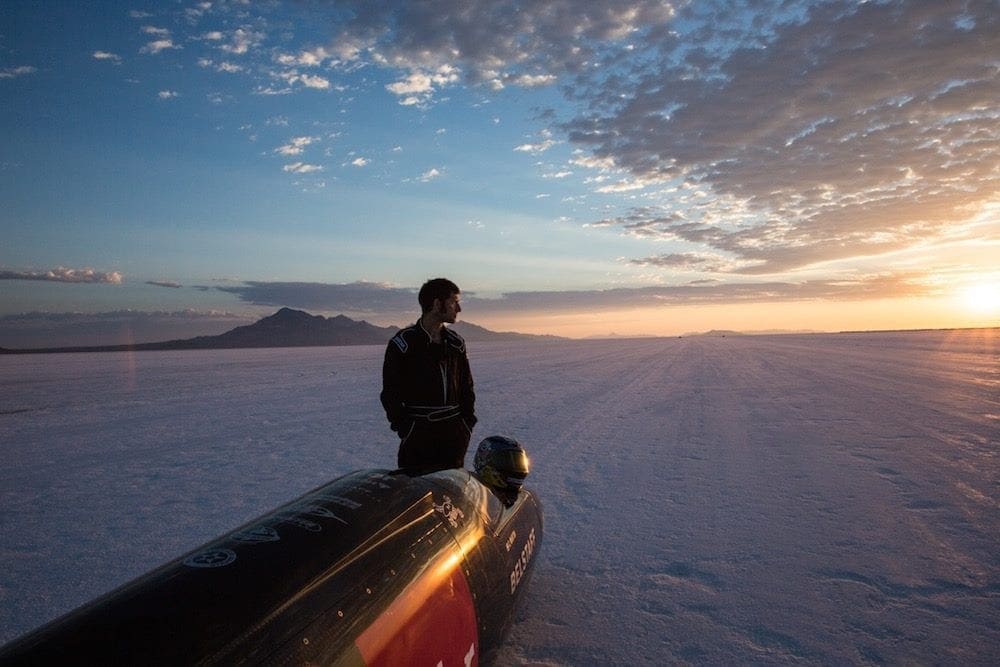 So Guy Martin and the Infor Triumph has clocked the fastest ever speed for a Triumph-powered machine at 274.2mph. But where does the speed achieved so far stand in comparison to what went before? 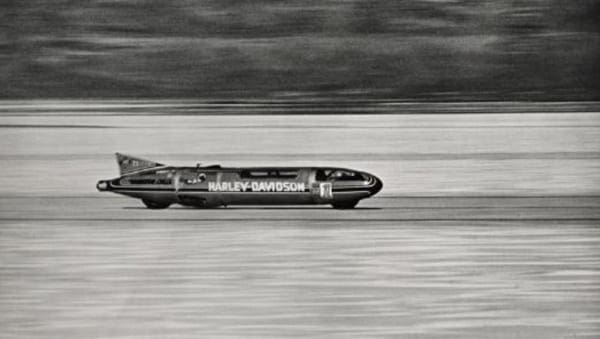 Well, the speed that Guy and the team have already achieved sits neatly between the best of 254.84mph set by Cal Rayborn (pictured above) in 1970 on the single nitro-fueled Harley-Davidson Sportster that was nicknamed ‘Godzilla’ built by Warner Riley and the best of 302.94mph clocked by Don Vesco in 1975. 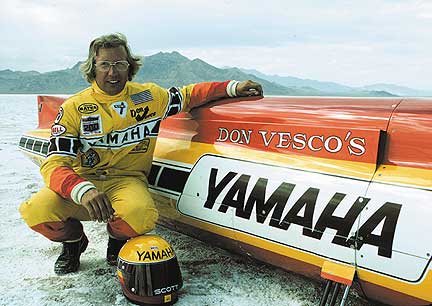 Vesco’s best speed was clocked with the Yamaha ‘Silver Bird’ Streamliner (pictured above) – a 1,480cc enclosed motorcycle that earlier during the same set of runs had become the first two-wheeler to break the 300mph barrier at Bonneville. 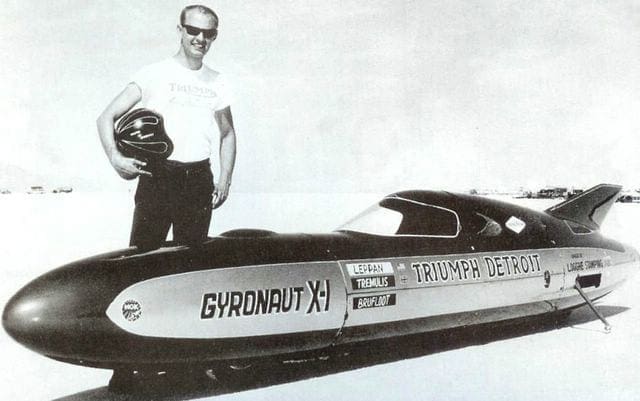 Guy’s top speed is the fastest ever Triumph speed with the previous Triumph best being 245.667mph in the twin-engined Gyronaut X-1 Streamliner piloted by Robert Leppan (pictured above), that was back in 1966 – making it fifty years since Triumph officially upped its own best-speed record. 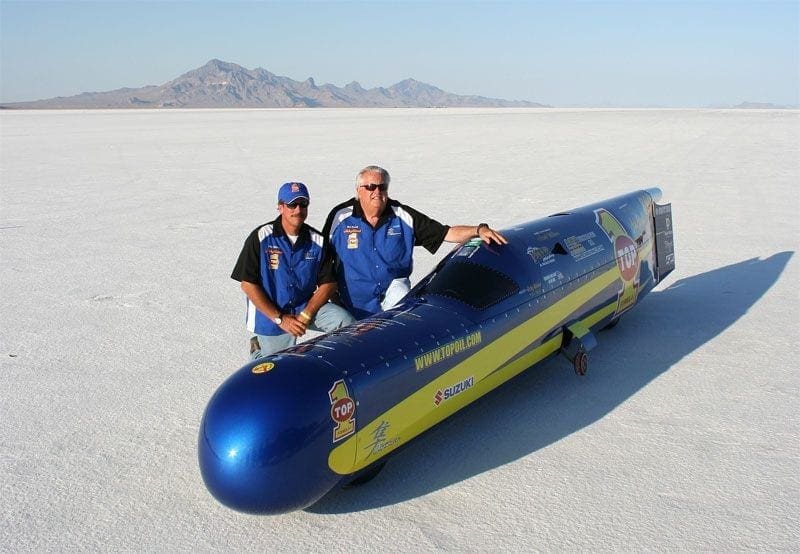 Guy and the team sill need to find another 102.163mph in order to take the Land Speed Record in the Streamliner class at Bonneville when the official record runs start in a week’s time. The current record was set in September 2010 by Rocky Robinson (pictured above, left with the team’s Mike Akatiff alongside) when he piloted the Top Oil-Ack Attack Streamliner, a 2,600cc twin-engined (Suzuki motors were used) bike which fired up to 376.363mph.

Here’s how the history of the ultimate speed chasers on two-wheels at Bonneville pans out since the records began. 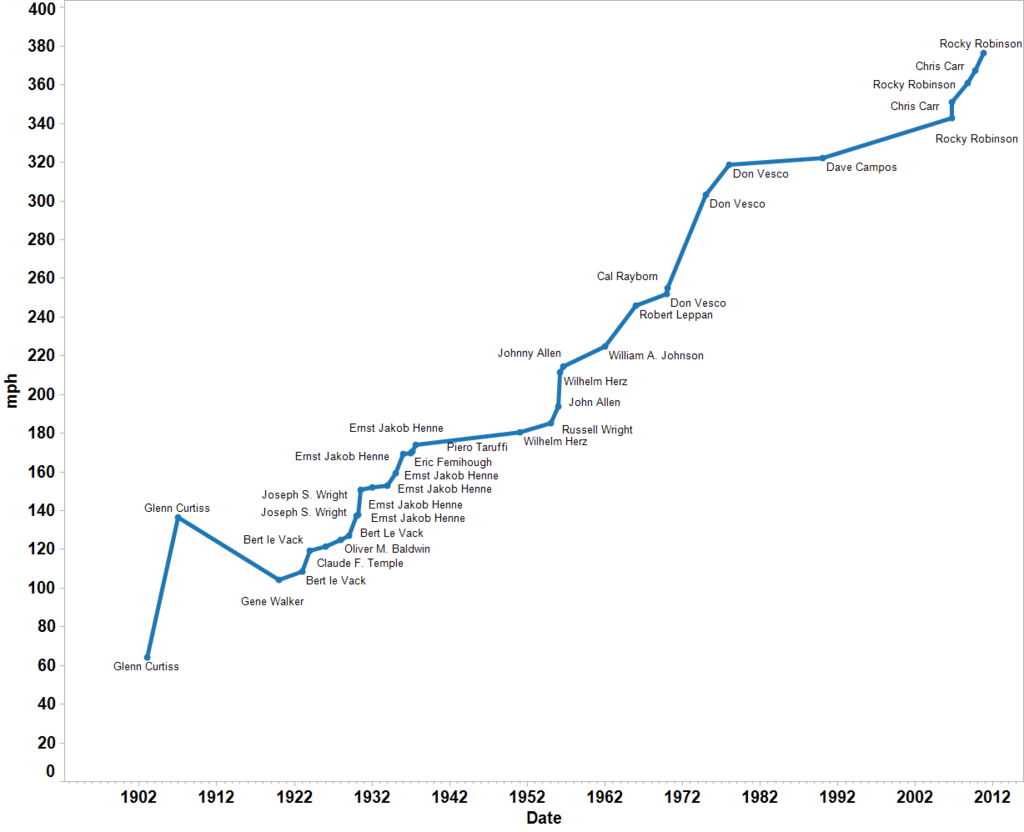