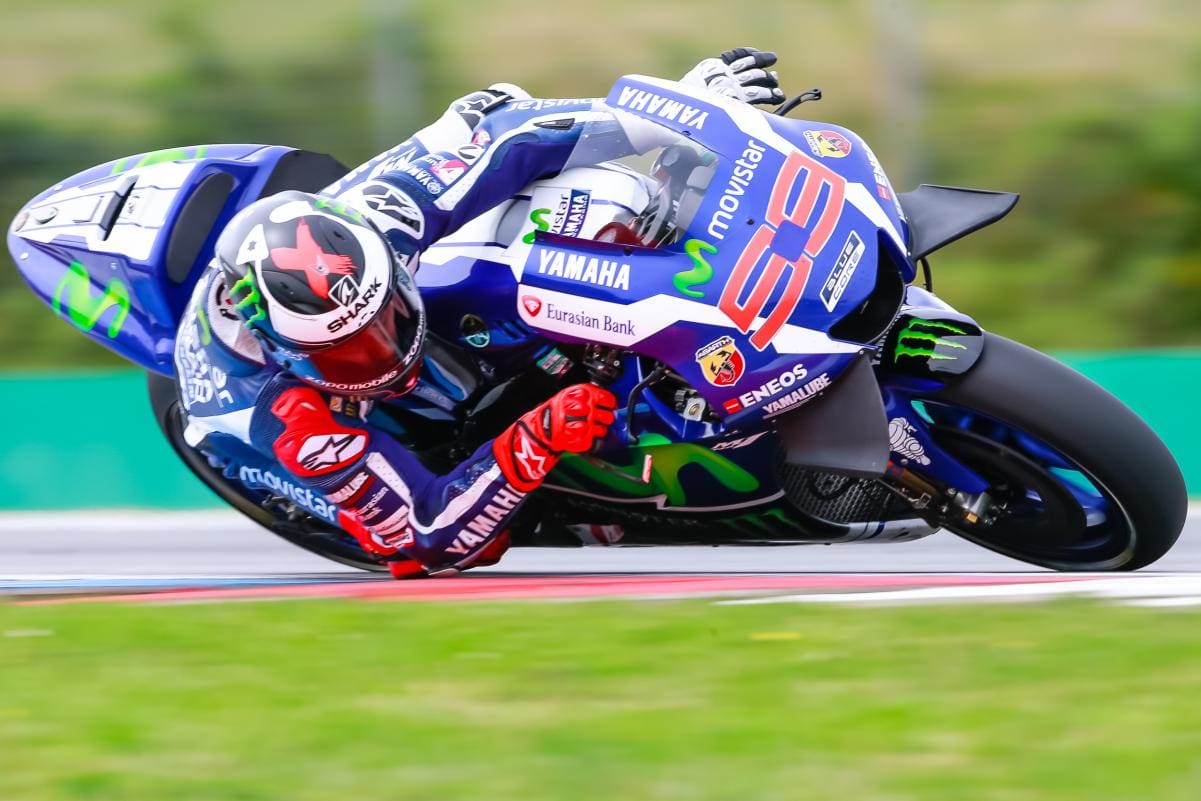 Movistar Yamaha MotoGP rider Jorge Lorenzo topped the timings in the one day official post-race test at the Automotodrom Brno with a 1:55.394, as the reigning champion proved the fastest man on track ahead of teammate Valentino Rossi (+0.371) and Repsol Honda Team rider Marc Marquez (+0.754).

Those present at the test were Movistar Yamaha MotoGP, Repsol Honda Team, Team Suzuki Ecstar, LCR Honda, Monster Yamaha Tech 3, Octo Pramac Yakhnich and Estrella Galicia 0,0 Marc VDS. Action got underway later than expected after a Red Flag due to track conditions at Turn 11, with the majority of the grid then heading out in the early afternoon to begin work in earnest and the end of the session extended by half an hour to compensate. 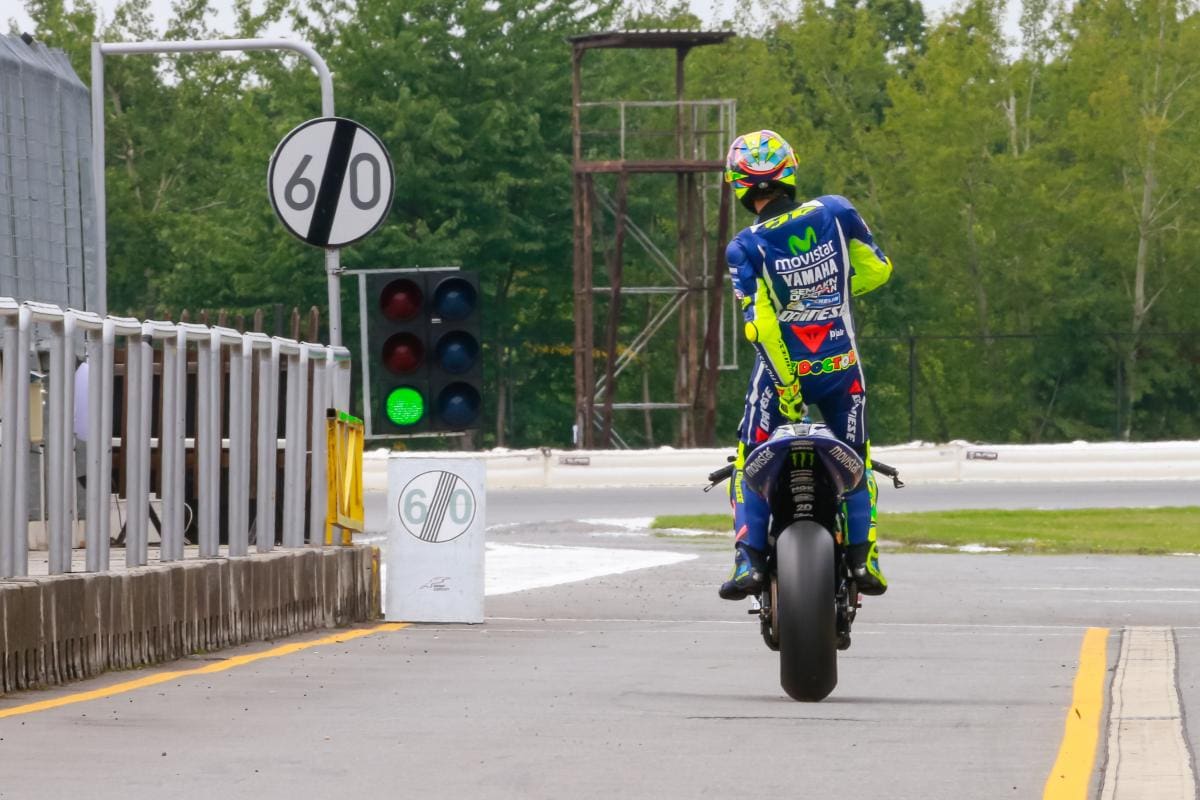 Magneti Marelli supplied some software updates to all teams, and Movistar Yamaha MotoGP were one of those trying the new software in Brno. Yamaha also focused on evaluating a new chassis and swingarm, as well as the electronic updates and evaluating some different front tyre options that are currently in the development stage for 2017. Reigning champion Lorenzo completed 43 laps, with teammate Rossi putting in 60.

Monster Yamaha Tech 3 also tested those front tyre options and the new software changes, with riders Bradley Smith and Pol Espargaro completing 90 laps between them to end the day in P6 and P8 respectively. WorldSBK rider Alex Lowes was a special guest with the team too, as the Brit received a MotoGP] test ride as a gift from Yamaha following his win for the manufacturer in the Suzuka 8H endurance race – which he recently won alongside Monster Yamaha Tech 3’s Pol Espargaro. 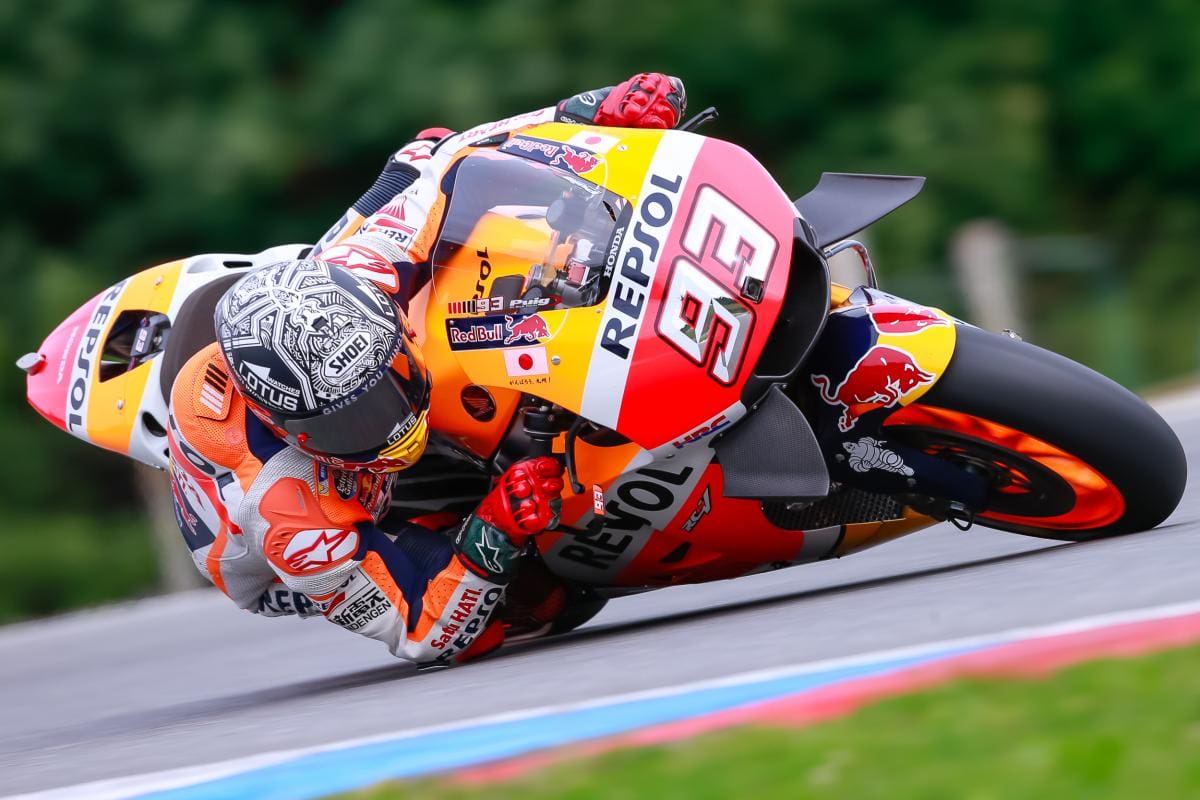 Repsol Honda Team’s Marc Marquez and Dani Pedrosa continued to work on settings and setup, with some new parts to try out principally aimed at improving feeling. Marquez tried a new swingarm and was the late mover up the timesheets after status quo had seen the Repsol Honda riders slightly further down the order, putting in a late lap to go third quickest – seven tenths behind Lorenzo and four behind Rossi. Pedrosa and Marquez were another duo who also evaluated the Michelin new front tyre options and put in a combined total of 87 laps. 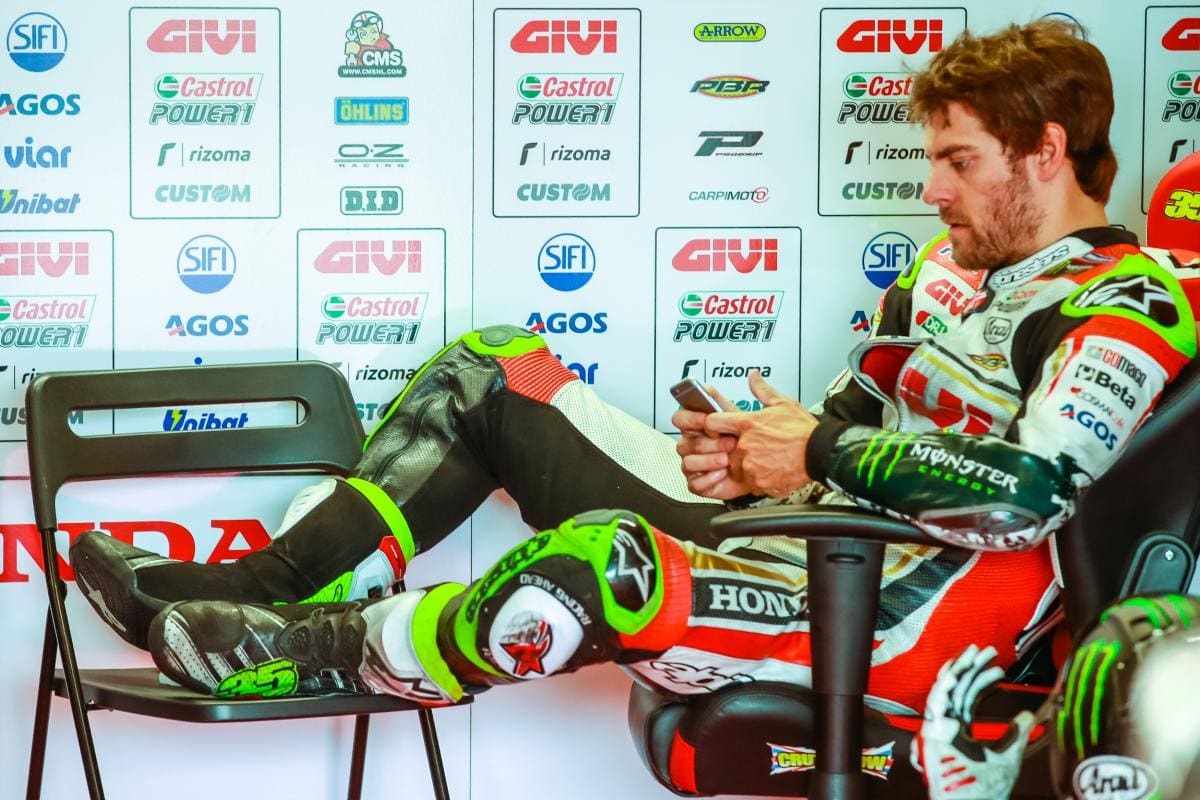 LCR Honda were back to work after their victory the day before as Cal Crutchlow tested some engine maps and suspension parts to end the day fourth quickest, with Estrella Galicia 0,0 Marc VDS focusing instead on the new software and a new setup for Tito Rabat, who completed 83 laps. Jack Miller didn’t take part in the test after injuries sustained in a crash at the Austrian GP and neither did Team Suzuki Ecstar’s Aleix Espargaro for the same reason. 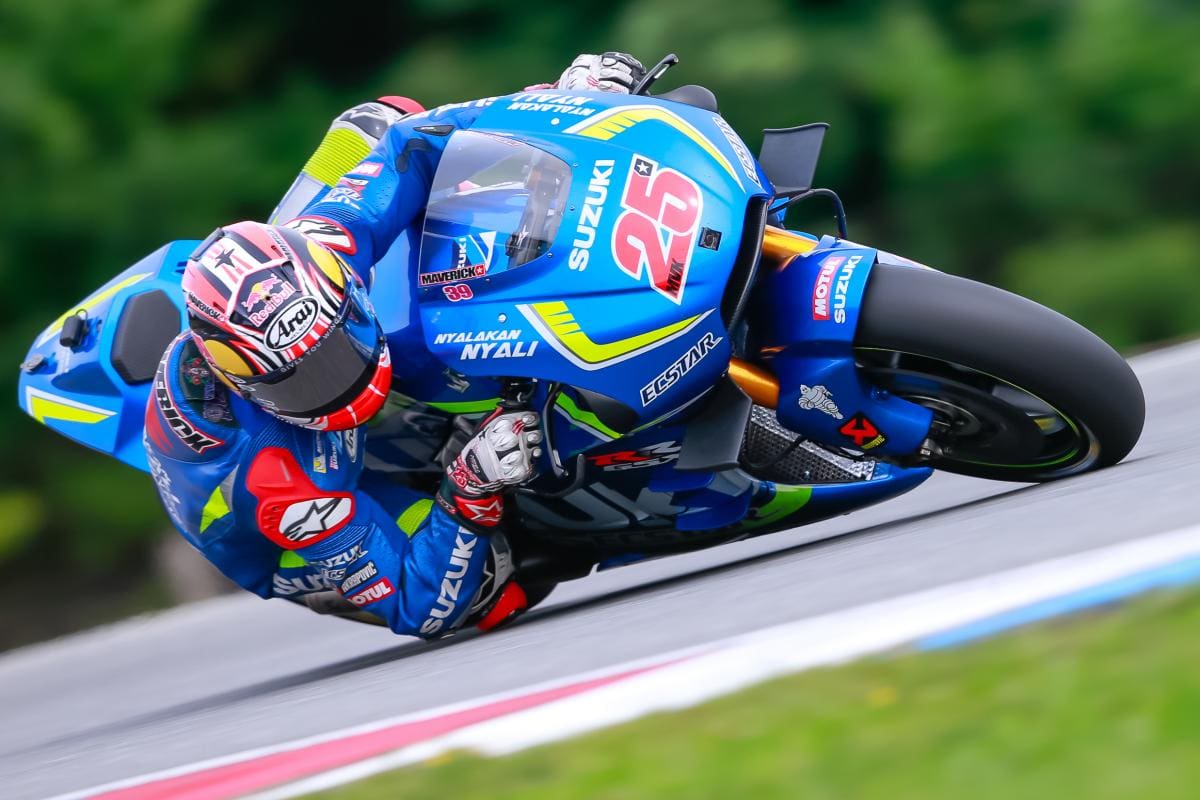 Maverick Viñales was therefore the lone Team Suzuki Ecstar on track to test in Brno, and the former Moto3 world champion focused on further evaluating a new swingarm, as well as the new software updates from Magneti Marelli and the Michelin front tyre options. Viñales’ best lap – lap 29 of 37 – saw him end the day fifth with a 1:56.524.

Octo Pramac Yakhnich worked on ergonomics with a new seat unit, as well as the new front tyres and set up solutions. Danilo Petrucci had an early end to the day when he suffered an engine failure after having completed 18 laps, remaining in P11 with teammate Scott Redding further up the order in P9 after 47 laps.