Now, we’ve not been able to find these patents yet so we can’t vouch for the validity of the claims made elsewhere – but here’s the hot topic of conversation this morning in the emerging markets: Honda has filed two patents for ongoing production purposes and they’re patents for the Honda CB4 and CBSix50, two weird, previously ‘show-only’ concept bikes shown at the launch of the current CB650 model.

According to sources in Indonesia, they have seen the patent files for both bikes which made headlines when they were shown at the EICMA motorcycle show last year alongside their much more muted siblings. Mechanically the bikes are largely identical to the CB650 that they are based on so what we have here are two heavy re-styled options on the popular middleweight.

The CB4 is essentially a dressed CB650 with more radical styling that from some angles looks similar to a Ducati Monster. the minimal seat and twin, piggyback exhausts combined with the wide petrol tank and handlebars plus the bar-end mirrors pair the bike down for a much more stylised street look.

Here’s the bike in show trim: 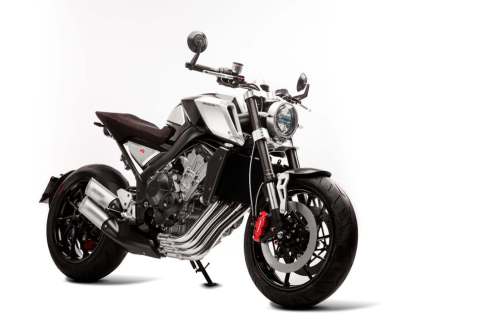 And here’s what the Indonesian source has said are part of the patent application images: 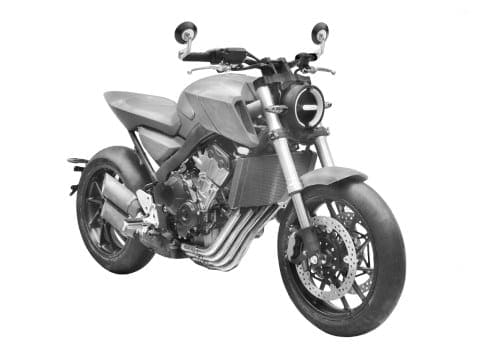 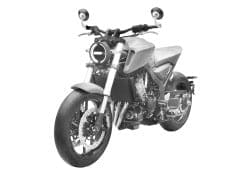 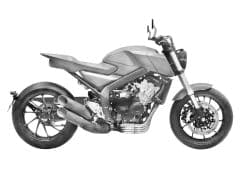 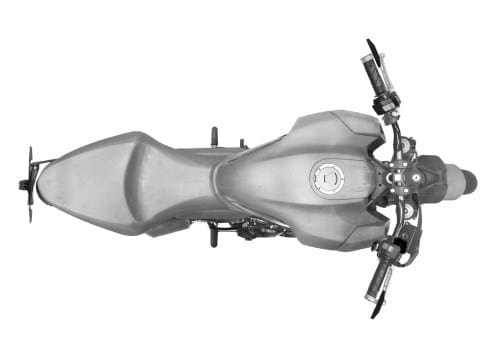 The CBSix50 is styled without the piggyback exhausts and is overall more muted but does get a single-sided swingarm and more conventional headlights and mirrors.

Here’s how the bike looked at EICMA: 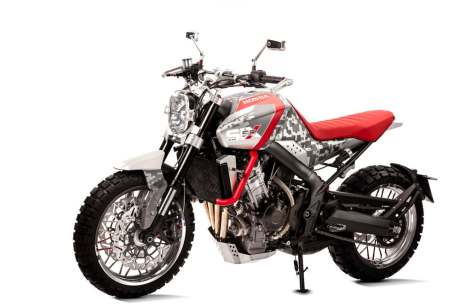 And here’s the Indonesian drawings: 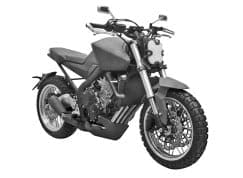 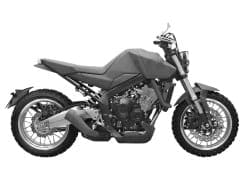 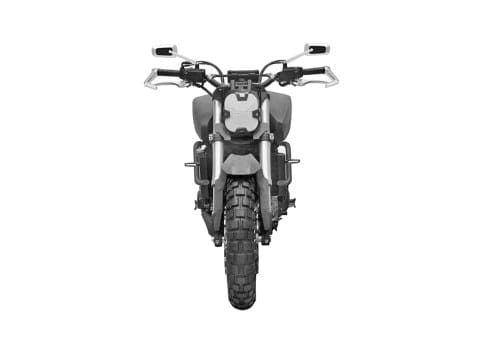